Was there supposed to be a treehouse in Frozen II?

The toy company LEGO has released a playset, 41164 Enchanted Treehouse, based on Disney's Frozen II film. The set features a treehouse with a zipline and Arendelle-related insignia, possibly indicating that the treehouse is supposed to be a base for Arendelle's military. I have seen the film itself twice, and don't recall there being any treehouse at all, though the separate, included standing stones were present in the film, and the character dressed in green, Matthias, does appear in the film as a soldier of Arendelle.

Do we know the history of this treehouse? That is, is this solely a toy invention, or was this inspired by a treehouse that was removed from the script or film after merchandising development started? 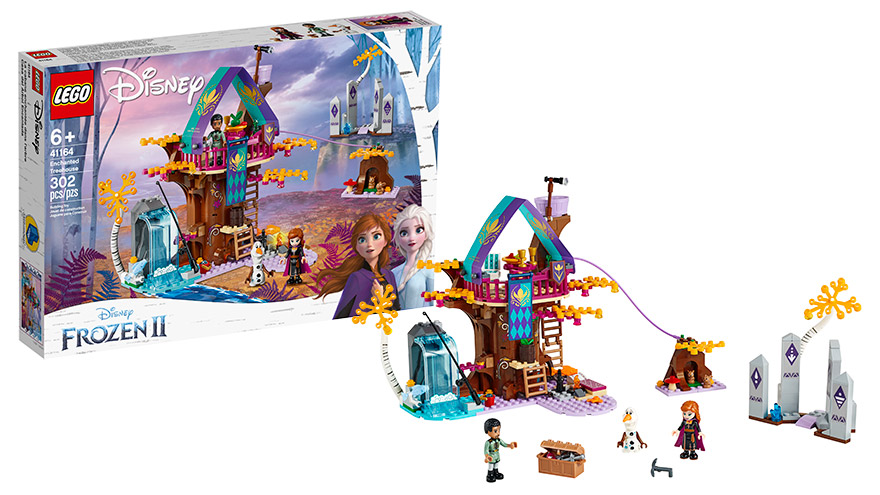 11
Frozen - Does Elsa unknowingly thaw ice?
23
Is Once Upon a Time adding to Frozen canon?
1
Was there a toy called “Harry Potter Concoction”?
13
What are these Star Wars Lego figures supposed to be?
2
Why didn't Alan Menken compose the music for Frozen?
2
Why were the lyrics of “Let It Go” different in the “Frozen” movie compared to the Demi Lovato single?
26
Which kind of “ball” was Anna expecting for the ballroom?
9
Was Olaf sentient when he was created the first time around?