Who is the character in a suite at the DS-1 Orbital Station overbridge?

In Star Wars: A New Hope, almost at the end of the film, there is scene at the DS-1 Orbital Station overbridge where Grand Moff Tarkin orders one of his aides to fire the superlaser when ready. In that scene, at the left of the screen, it can be seen a standing person, with bald crown from behind, wearing what appears to be a suit and shoes. As far as I know, all of the Death Star commanders wear military attires with belts snugly adjusted and tall boots, thus, I ask, who is that guy? 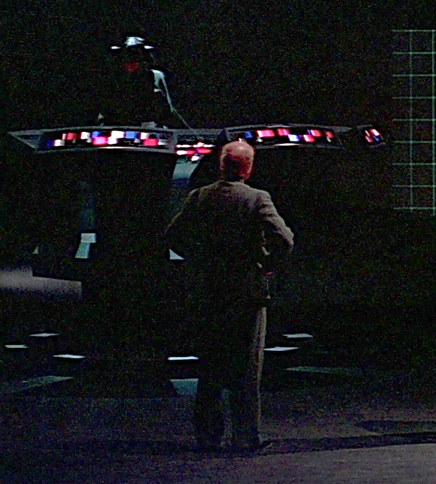 Here a still of Tarkin and Motti in the DS-1 overbridge at the moment when a Death Star intercom voice says:

Rebel base, one minute and closing.

In other words, one minute to have the Rebel base in range and having Tarkin saying to his aide:

You may fire when ready.

Based on hair coloring and the balding patch, it appears to be Motti. 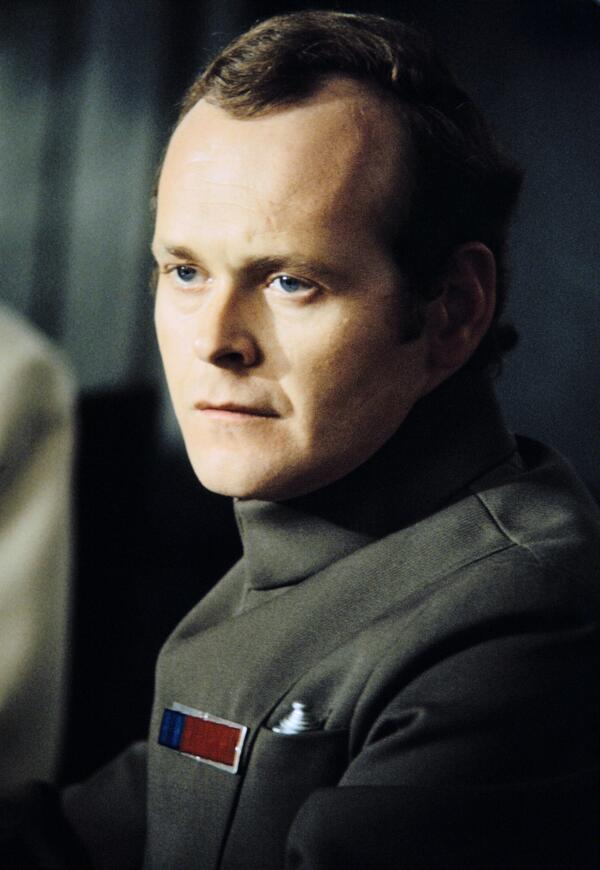 There is evidence that Motti was on the same set with Tarkin and we know that Motti was the one to whom Tarkin gave the directive to commence firing the Death Star the first time against Alderaan and that they are on the same bridge (the Overbridge): 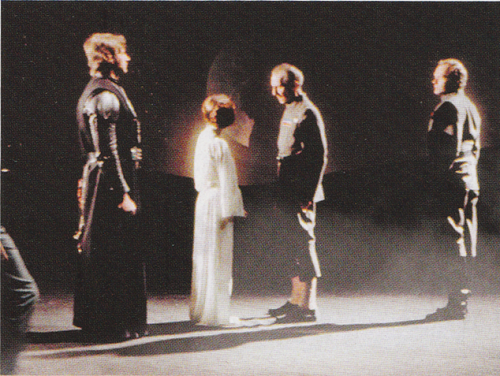 so it's reasonable to presume that he was also directing Motti the second time when readying to fire on the Rebel Base.

Behind the scenes image of Motti and Tarkin on set 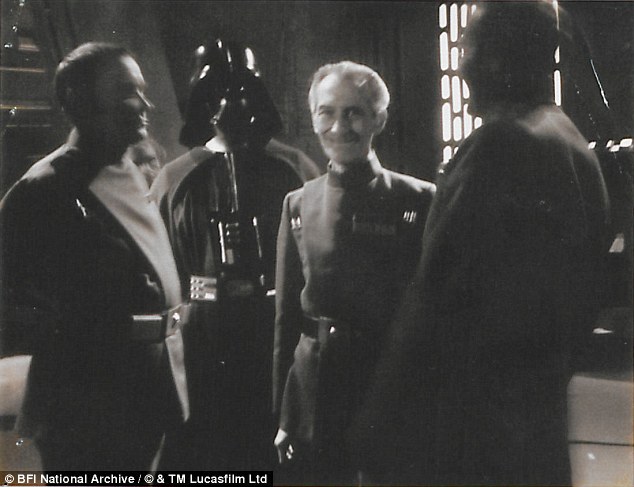