Could Cap have gotten​ Thor's armour too?

In Avengers: Endgame, when Cap managed to wield Mjölnir and manipulate lightning, did that mean that Cap could have theoretically used the armour that Thor himself summons when using his hammer? As seen in the first Thor movie, he only gets the armour when the hammer deems him worthy.

We don't know but probably not

In the MCU we have only seen 3 beings wield Mjolnir (excluding Odin as he placed the enchantment): Thor, Vision and Cap. Of these 3 only Thor gets the armour and he only gets it that first time in Thor. After that he never gets the armour on if he isn't wearing it again. As we can see below in Avengers: Endgame when he travels to Asgard with Rocket.

Vision is a bit of an odd case but he is made from the regeneration cradle which does print living tissue.

Ultron: It can, you can. You lack the materials. You're a brilliant woman, Helen. But we all have room to improve

As he is a living being but not exactly 100% "living" it would seem he should also get the chance to receive the armour but again he does not.

Then of course we have Steve, who, as we know, does not get the armour in Avengers: Endgame when he wields Mjolnir against Thanos. This all points to the fact that Steve can't get the armour but there is nothing explicit on the matter.

In Avengers: Endgame Thor "summons" the armour to himself before himself, Steve and Tony engage with Thanos. This makes it seem like getting the armour is more of an extra ability rather than an intrinsic ability to the hammer and being worthy. Therefore, it would seem that Cap did not get the armour because he either didn't know how or didn't want to.

It's also worth noting in the comics all the times we've seen him wield Mjolnir that I'm aware of he never gets the armour. For example, the very first time he does this, I believe, is in Thor Issue 390 when Captain America wields Mjolnir in order to give it back to Thor. 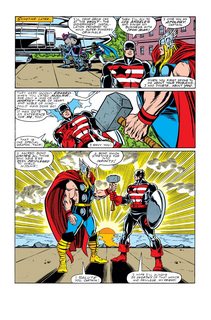 I think it is worth noting that Jane Foster will become Thor in Thor: Love and Thunder and from the promotional images she is wearing the armour. However, she is becoming Thor and not just someone wielding Mjolnir so there appears to be a difference here. The exact nature of this hasn't been revealed yet of course as the film isn't out yet but it is worth thinking about. 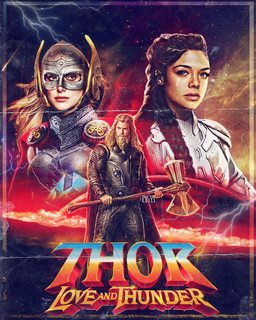 12
How does Hulk carry both Mjölnir and Thor?
15
Canonically, can Mjölnir be lifted by brute strength?
2
How is Thor's hammer imprinted?
45
Why didn't Tony Stark ask Thor to charge his suit with lightning?
6
Could Thor use Mjölnir to pin Hulk to the ground?
1
What happened to the Marvel timeline where Thor stole Mjolnir from himself?