Why was Ran’s space station destroyed by the New Republic X-Wing attack team at the end of episode 6 of “The Mandalorian?”

In episode 6 of The Mandalorian (“The Prisoner”) we see a homing beacon being used on a New Republic prison ship. One of the characters — Mayfeld — states:

“It’s a tracking beacon. He presses that thing, we’re all done. A New Republic attack team will hone in on that signal and blow us all to hell.”

Okay that makes sense considering they are on the prison ship at that point in the story. But later on we see. that Din Djarin (aka: Mando) has placed that beacon in the pant's pocket of Qin — the prisoner that Din Djarin helped — and then shortly after the Razor Crest leaves the space station, a small group of X-Wings jump out of hyperspace and just destroy the whole space station; not just the source of the homing beacon in the dock. 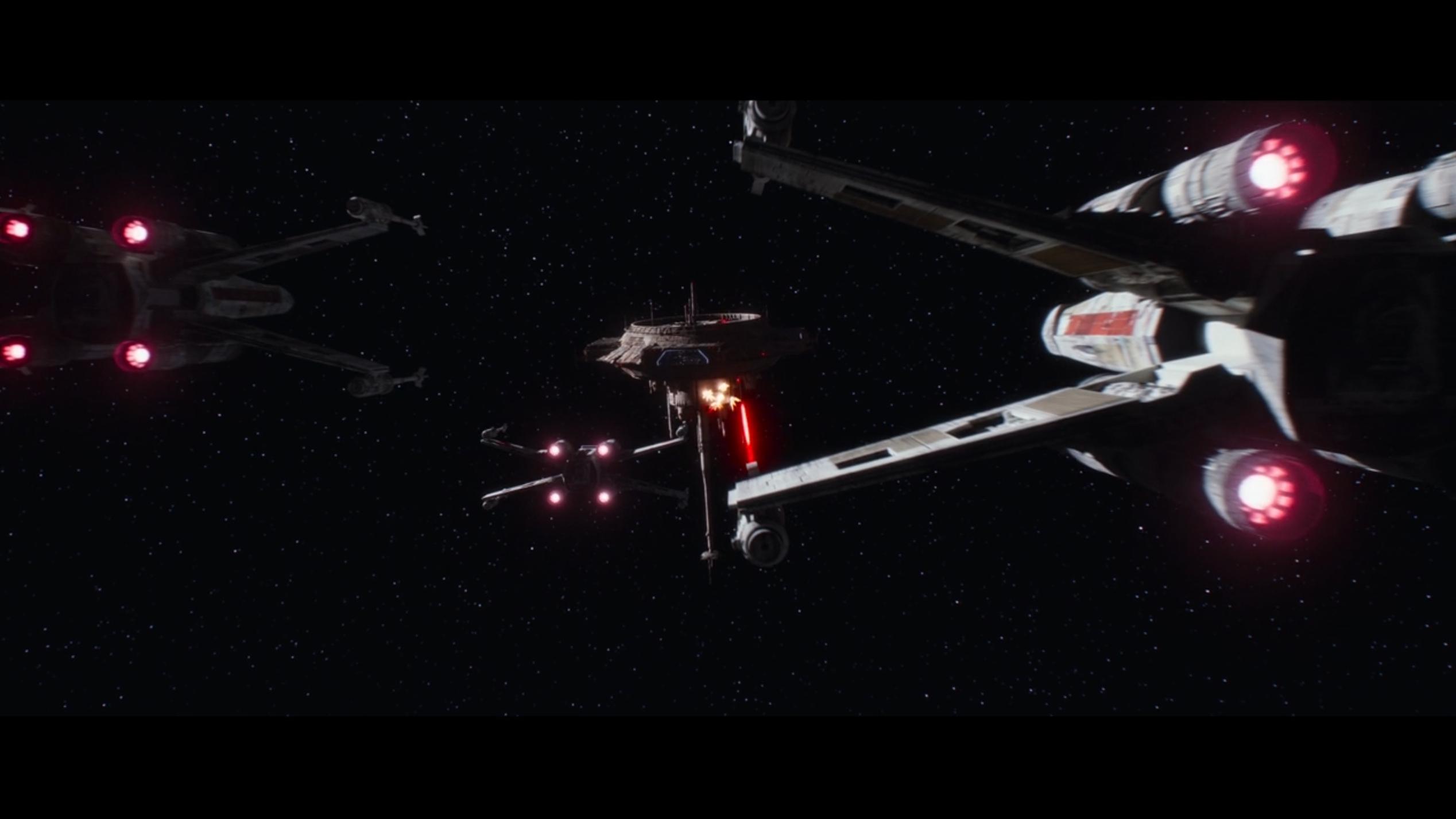 The question is this:

If that beacon was intended to request help for the prison ship, why would the New Republic attack team attack and destroy that other target?

Is the implication that the once that homing beacon is activated, it’s simply a “self destruct” call to the space cavalry and allowing them to destroy the source of the beacon? Is this really the case? Additionally, if that homing beacon was related to he crew on the prison ship, why would the attack team follow it to some seemingly random space station and blow it to bits?

I realize The Mandalorian is a series in progress — and political aspects of the post Imperial world after the destruction of Death Star II are slowly being revealed — but the sheer casualness of how this happened makes me wonder if an explanation already exists in existing Star Wars related works.

Does any of this sound like behavior of Rebellion/New Republic fighter pilots to anyone? Doesn’t it seem particularly brutal for a group who are regarded as then “good guys” in the galaxy to just do something like that?

Looking for in-universe, canonical explanations; not armchair speculation and theories. If none (currently) exist, Legends explanation would suffice. Regardless, please provide references and context.

The Mandalorian: It's a tracking beacon.

Mayfeld: He presses that thing, we're all done. A New Republic attack team will home in on that signal and blow us all to hell.
source: The Mandalorian (2019) S01E06 Episode Script

It's not a distress call that identifies the old prison ship as the source of the trouble. If it was then it would have been built into one of the ship's consoles.

The New Republic was not about to waste resources attempting to retake an overrun prison ship with some droids and one non-prisoner¹ (Gavin, who was likely dead in any event) so what they gave the sole organic crew member was essentially a delayed dead man switch. Activate it and an attack team would home in on it and blow up anything it found at the source that remotely looked threatening.

An 'out-of-universe' equivalent is known as the Hannibal Directive.

These tracking beacons could be given to ship operators in a variety of situations; not just prison ships. Once activated, an attack team was sent out with a singular mission. Find the source of the beacon and eliminate all hostile forces.

This is a guy who knows he only has one card left to play and it's in his left hand.

After the tracking beacon was activated, the small group of New Republic Attack Team X-Wings probably started off in the direction of the prison ship because that was where the homing beacon was. They shifted their flight path² when it left the prison ship with the Razor Crest and its occupants. They were still intent on blowing up anything they found at the source of the beacon because that was their mission.

Upon arriving at Ran's space station, the attack team indicate no surprize at finding a space station instead of a prison ship; in fact, they give no indication what they were expecting beyond the source of the tracking beacon.

X-Wing pilot #1: I got a clear signal on the tracking beacon.

Qin: (at Ran's station as the gunship is readying for launch) Are those X-Wings? 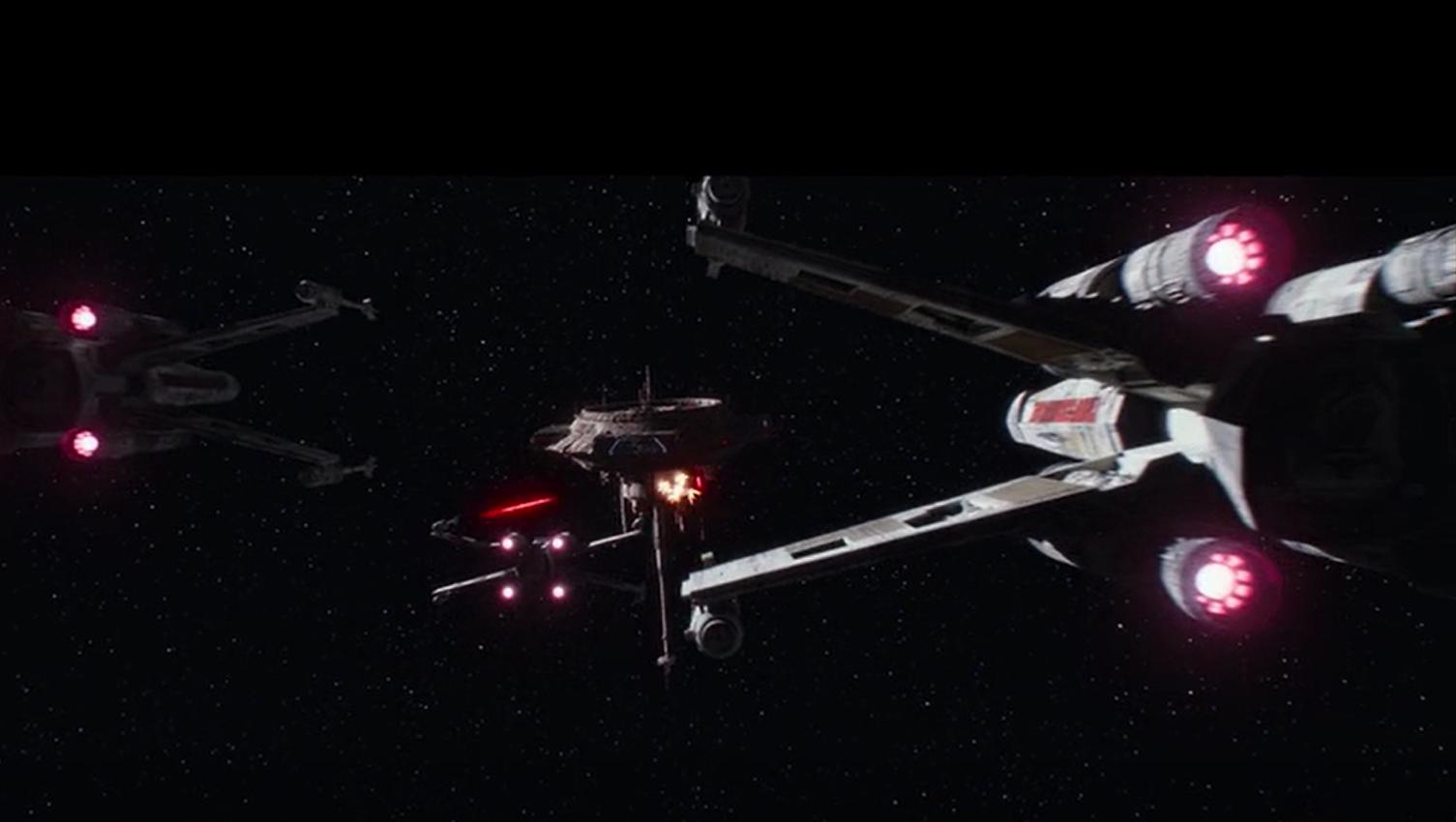 The timing of the X-Wings arriving at the space station was fortuitous for Mando and Baby Yoda. If they had arrived 5-10 minutes earlier Mando, Baby Yoda and the Razor Crest would still have been on the station and likely destroyed in the onslaught.

¹ I could not determine Gavin's role in the operation of the prison ship but Mayfield might have since he referred to him as 'Egghead'.

² There is a theory that the Mandalorian temporarily turned the tracking beacon off when he picked it up off the floor where Gavin lay dead but since only the back of the device was visible in that scene there is no way to tell if the display lights changed.

There is definitely some ambiguity, but I don't think they were planning to destroy the prison ship. What seems more logical to me is that they expected that, when they approached the station, whoever had the tracking beacon was hostile.

When the pilots arrive at the station, the first one says:

Yeah, I got a clear signal on the tracking beacon.

Demonstrating that they were the same pilots called by the beacon in the first place. So they definitely know that the beacon had been called at and subsequently taken from the prison ship to this station. The next things they say are:

At which point they swoop in and start destroying the place. That's because at that point they know that:

So the most likely possibility is that whatever caused the activation of the beacon is now going to attack them at this location. We don't know whether they know they made it to the prison or know that the prison security was killed, but they probably at least don't expect the security to take it to this arbitrary location. Even if they expected the station to be diplomatic, they now have good justification to treat it as hostile.

One other possibility that they are hunting whoever took the distress beacon. Ranzar hands the beacon to Qin when he realizes what happened, which implies that the person holding the beacon is going to be at a greater risk. But the pilots appear to be shooting pretty indiscriminately, so he probably could've left it anywhere on his station and escaped with the same consequences.

Then there's the possibility that the beacon always indicates that they should destroy the place it was called from. I think this is unlikely since the rest of the crew knew the beacon would call the New Republic and they wanted to kill the prison security to avoid the call from going off, so they didn't think that it could activate on death. It's ambiguous whether it was a dead man's switch or whether he just activated it as he was killed, but it definitely can be used while the caller is alive. The prison security would also (Presumably) have told the crew that, if they killed him, the beacon would be activated. That said, it's possible that the beacon is only called if the crew has fully lost control of the ship, eg that they should immediately treat the target as hostile and aim to destroy it. This is just not demonstrated in the episode.

Not the answer you're looking for? Browse other questions tagged star-wars star-wars-legends the-mandalorian or ask your own question.

107
How is canonicity of derivative works determined for Star Wars?
9
Are there any Extended Universe references in “Star Wars Episode VII: The Force Awakens?”

19
How long was the homing beacon aboard the Millennium Falcon?
8
Why is the Death Star so lightly defended?
4
In the space battle above Scarif, why did the Rebels not use ion torpedoes against the shield gate?
8
Why was Han so sure the Millennium Falcon wasn't being tracked?
21
What are the planets that appear in "The Mandalorian" Episodes 1 & 2?
54
Why is a living creature being frozen in carbonite in “The Mandalorian” so common when it seemed so risky in “The Empire Strikes Back?”
9
Why is the Mandalorian's weapons locker on the Razor Crest so easy to open?
21
Is "Razor Crest" the name or the model of the Mandalorian's ship?
1
How was the Razor Crest able to leave the atmosphere?
11
What is a chain code and how do they work?