What happens when more than one person with the same initials joins the Men in Black?

As seen in the film, Men in Black (1997), when a person becomes a part of the Men in Black organization their name is erased and they are given a code name which is the first letter of their birth name. E.g. In the 1997 film, James Darrell Edwards III becomes "Agent J" (or "Agent Jay", depending on who you ask) and in Men in Black II (2002) "Agent K" (or "Agent Kay") is revealed to have once been Kevin Brown.

So, what happens if more than one person with the initial "J" or any other letter joined the MiB (Men in Black)? Additionally, what happens when there are more than 26 MiB agents working at one time?

Unless I somehow miscounted, I believe during all three of the Men in Black films (1997-2012) which I have seen, it can be seen that there are more than 26 operatives employed at any one time.

Also, during Men in Black 3 (2012), there is a scene where a row of memorial busts are shown with the codenames of deceased agents displayed. What happens if more than one agent named John, Jack, or James is killed in action?

MIB Agent names appear to be assigned based on the basis of first name. Where two agents share a first initial, a second initial or a descriptor can be used to disambiguate.

In MiB3 we meet J's new partner "Double-A" (formerly Andrew Arnett). This presumably leaves the way open for there to also be an "Agent A" 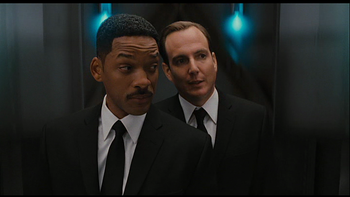 In MiBI, we meet "High T", formerly Agent T. This presumably leaves the way open for there to be a new Agent T. 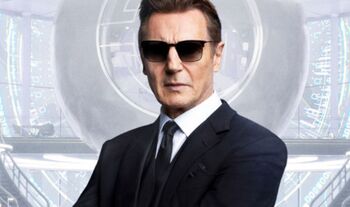 33
Men In Black: After Agent K's retirement, why was Agent J left as senior partner?
30
How many field agents does MIB have?
8
Evidence of what the big alien at the end of Men in Black looks like?
63
Was anyone other than Edwards actually being considered for admission to the Men in Black?
27
Why is Zed called "Zed" and not "Zee"?
63
Why did the villain in the first Men in Black movie care about Earth's Cockroaches?