Only Professor X goes bald due to his psychic powers, why?

As per the Wikipedia page says

With help from his powers and his natural genius, Xavier becomes an excellent student and athlete, though he gives up the latter, believing his powers give him an unfair advantage. Due to his powers, by the time he graduates from high school, Charles loses all of his hair.

Then why don't other psychic mutant lose their hair, for example: Emma Frost, Jean Grey, and Legion (Son of Professor X)? Why did it happen to only Professor X? 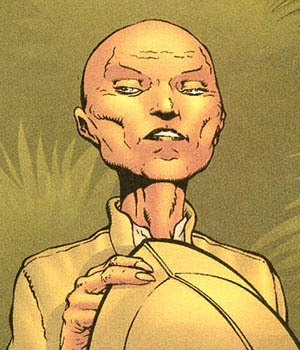 The Mummudrai are noncorporeal parasites, composed solely of emotional energy born from the astral plane of existence. The first and most notable member of the mummudrai species to appear on panel is Cassandra Nova.

19
Why doesn't Professor Xavier use Wolverine's healing power to fix his legs?
10
Does Rogue absorb only mutant powers of those she touches?
5
Telepathy vs. Telekinesis in Marvel Universe
3
Can Magneto hack computers with his powers?
28
If Magneto's metal helmet can block Professor X's telepathic powers, why can't Wolverine's adamantium skull?
1
If telepaths can influence minds, why don't they fix the world and bring peace?
4
How was Domino able to be tortured when she was so lucky?