Was Jumanji intended to be a co-op game?

I have recently rewatched a classic 1995 movie "Jumanji", surprised how well this movie aged. What bugged me during the entire movie, though, was if the Boardgame was intended to be cooperative. Sure enough, that's how the players played it, but they may have been metagaming to make the game easier and have it end quicker since they didn't enjoy it.

I have paid much attention to the details written in the game itself, and here's what I found:

All of this hints at the cooperative nature of the game, but with no concrete proof. Is there something that I'm missing, or some background material that is more clear on the subject?

The inscription indicates that the game is intended;

A game for those who seek to find a way to leave their world behind. You roll the dice to move your token. Doubles gets another turn. The first player to reach the end wins.

This doesn't necessarily mean that players won't need to cooperate in order to actually reach the end and call out "Jumanji!". One assumes that if all the players die, that just means that they're all losers. 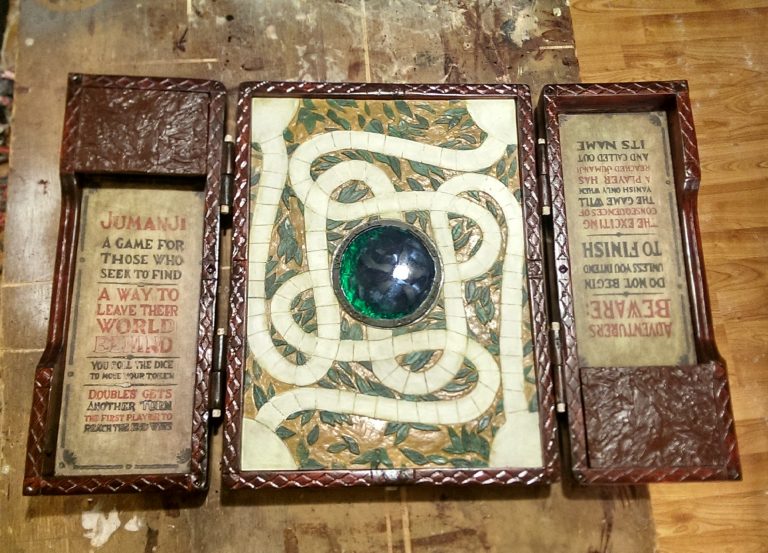 The game had four tokens, indicating that up to four players can play. 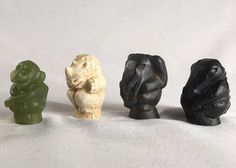 And Alan was trapped in the game for decades because he had no second player to compete against.

The confusing issues mentioned in the question arise (in the meta sense) from the way the story from the original 1981 picture book Jumanji by Chris van Allsburg was modified for the film. 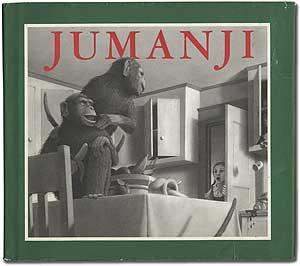 The basic idea of the game and much of the way that it affects reality was carried over from the book to the 1995 movie. However, the identities of the players and the specific encounters the players experience as they move through the jungle were changed for the film version. In the book, encounters on the game board (particularly encounters with negative consequences) cause elements from the game (most commonly, animals) to appear in the house where the siblings Judy and Peter and playing the game together, causing increasing amounts of chaos and damage.

What distinguishes the game in the book from the one in the movie is that in the book's version, the strange things the game summons up never actually impede the ability of the players to continue the game. There are brief delays (such as when the pair pause to trap a lion in the master bedroom), but the monsoon, volcanic eruption, monkeys raiding the supplies, etc. never present real impediments to the game continuing. (Peter contracts sleeping sickness when he loses a turn, but it only lasts as long as the time until his next roll.) Peter and Judy do cooperate to ameliorate the increasing inhospitability of their home environment and to try to finish the game—once they realize that finishing is what they need to do.

Because the game's hazards never prevent the players from continuing (including nobody getting sucked into the game), it is no problem for the game to be competitive. This element was carried over to the 1995 movie, even though the competitive aspect did not really make sense for the film's version of the game, because in the film, the hazards are genuinely hazardous—and not necessarily just to the player whose roll caused a hazard to appear. Thus the film version forces the players to cooperate in ways that seem opposed to the generally competitive nature of the game, whereas the book's Peter and Judy could have played as competitively as they wanted (had they been more interested in winning than in just getting everything back to normal).

This answer is based entirely on personal interpretation of the movie

I don't think Jumanji was meant to be a co-op game (in that the game wouldn't punish you for playing with or competing against the other players, you are free to do either if you wish)

I am basing this mainly on the fact that there is nothing in the movie to state otherwise. If I remember the scene correctly Alan first puts his token on the board which gets ready to start play immediately, it's only that Alan didn't manage to roll the dice. His friend joins in later but in fact become the first one to roll the dice and start the game. Presumably, after the second turn (and Alan getting trapped in the jungle) had Alan's friend not run away, they could have just continued to play normally with two players. Given that two new players were able to join 20 years later and just continue the same game without reseting everything, indicates to me that there is no player number requirement

which is always a single player, the first to reach the centre and say Jumanji out loud,

The first player to reach the end wins

it doesn't define a team win. Everything that happened during the 20 years the game was in progress also got reset at the end, further indicating that Alan was the only winner

Most of the hazards from the game can equally harm the players or non players (the stampede, earthquake, etc) but some of them target the player as well. For example, Van Pelt says at one point that he didn't shoot Alan's friend when he got a chance even if he could, because Alan was the one who rolled the dice. Throuout the movie he is focused on specifically hunting Alan. Even the lion initially seems to go after Peter since he rolled the dice, before it is locked up.

I think these all indicate that it's every player for him/herself in Jumanji. They can work together if they want to, but in the end there will only be one winner of the game (of course being the winner is moot if you get trampled or eaten by wild animals while playing, so probably Jumanji is designed to force players to work together towards the goal of finishing the game)

Everything that happens on the actual board(internal) is just rolling dice. So, in terms of actual gameplay, there is absolutely no player choice(which is, like, #1 thing to avoid in good game design), so the players cannot actually compete, just participate. Making the internal gameplay lack competition. They do, however, have the choice of cooperating to survive the external, potentially lethal special effects.

Zathura, which is essentially a space version of Jumanji, is a movie adaptation of another book by the same author, Chris Van Allsburg. One of the characters playing the game is lost, and the game cannot be played because it is the turn of a player who is gone. So the remaining player is stuck in a house drifting through space. Taking a similar concept, externally, Jumanji must be meant as a cooperative game.

Because the game probably cannot be finished without all the players, and the actual gameplay isn't competitive, the game WAS meant to be cooperative.

Not the answer you're looking for? Browse other questions tagged jumanji or ask your own question.

34
Can Jumanji kill someone?
12
Is the Jumanji board ever recovered?
21
Do Judy and Peter remember anything from the events in Jumanji?
6
Why does Van Pelt's gun go up in smoke at the end of Jumanji?
6
How was Nora related to Judy and Peter?
42
Why did the gun salesman ask if the hunter was a postal worker?
6
Do any characters from Jumanji appear in Jumanji: Welcome to the Jungle?
4
Why didn't winning Jumanji fix time like in the first film