Is this the same moon as in Return of the Jedi?

In The Rise of Skywalker, a scene takes place in the remains of the second Death Star.

It is mentioned in the script that it’s located on a moon of the Endor system, but it not clear if it’s the same "Forest Moon" of Endor as seen in Return of the Jedi.

Is this the same moon? If not, how do the remains of the Death Star end up on a different moon to the one it was in orbit of?

Kef Bir is one of many moons that orbits the giant gas planet Endor. This moon is covered in oceans, with some grassy islands emerging from the waters. Herds of wild orbak creatures live here

Rise of Skywalker: The Galactic Guide 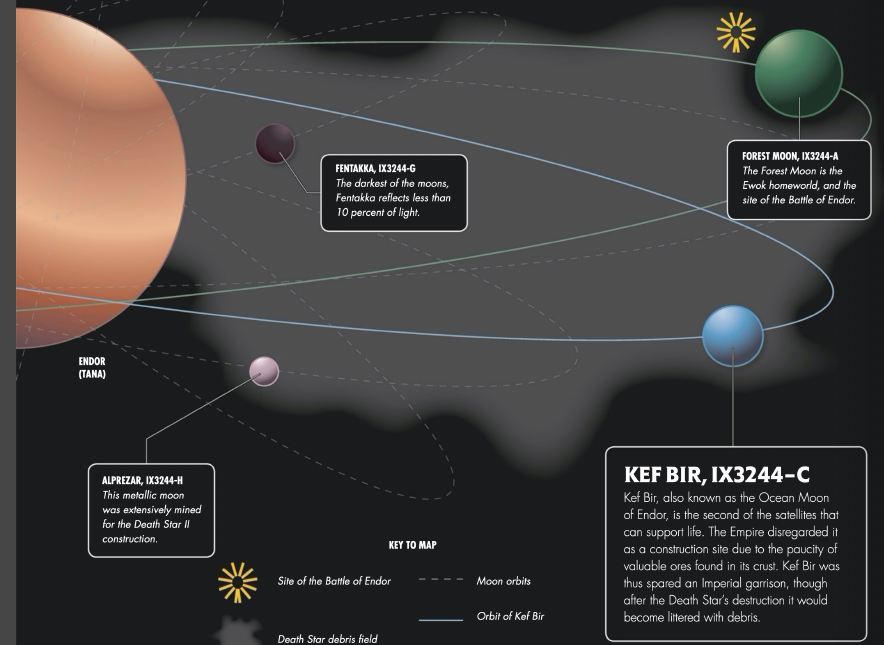 Not the answer you're looking for? Browse other questions tagged star-wars the-rise-of-skywalker endor or ask your own question.

76
How did the Death Star move?
8
No Endor wildfires?
15
What is the small red planet/moon behind the fleet in the second shot of Return of the Jedi?
10
If Endor is a forest moon, where is its planet?
9
If the Empire can make a shield around the entire planet of Scarif, why not make a shield around the entire moon of Endor?
21
Why did the Empire choose to build the second Death Star near Endor?
17
How much time has passed between The Last Jedi and The Rise of Skywalker?
7
What were the last words spoken in the movie Return of the Jedi?
2
How did the Millennium Falcon lose its second rectangular dish?