What is the source of Rey's lightsaber?

In the closing scene of RoS Rey has a black lightsaber, where'd she get it, and if its not important why was there a close up on it?

Her new lightsaber is something she built herself, with a unique yellow/orange blade, neither the blue/green of the Jedi, nor the red of the Sith and containing a yellow crystal rather than a white/red crystal that has changed colour for Rey. The VFX team refer to the hue as "Yellow optimism" and stressed that this isn't a colour that has been seen before.

She's integrated it into a hilt made from her old staff, reflecting her former life as a scavenger. For the same reason, it may contain some elements from Luke and Leia's lightsabers.

Her lightsaber glowed white-gold, and she gazed at it a long moment. It was single-bladed, with an outer casing and emitter salvaged from her quarterstaff. The final result felt like the exact inverse of the lightsaber held by the dark Rey of her vision, and she loved it. It was beautiful, it fit so perfectly in her hand, and she would carry it with her forever. 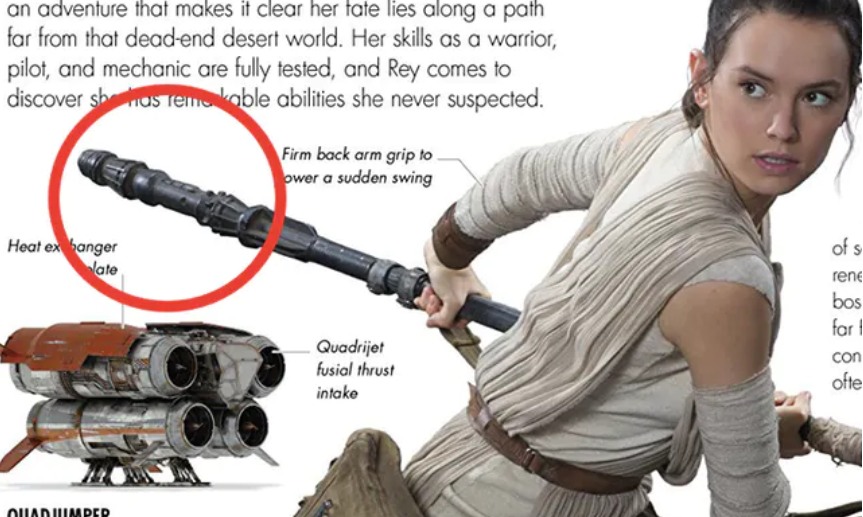 Star Wars: The Rise of Skywalker: The Visual Dictionary

11
Have we seen this object that Rey has at the end of TRoS before?
0
what is Rey's second lightsaber?
10
What color is Rey's new lightsaber?