What color are Dumbledore's glasses' frames (in the novels)?

Have the Harry Potter novels ever given a color for the frames of Dumbledore's glasses?

Basically every time they've been referenced, they've been called "half-moon" shaped, but never with a description of the color.

I've seen a lot of quotes about his glasses and I presume they're gold but is that just a movie thing?

Dumbledore lowered his hands and surveyed Harry through his half-moon glasses.

Something gold was glinting just above him. The Snitch! He tried to catch it, but his arms were too heavy.

He blinked. It wasn’t the Snitch at all. It was a pair of glasses. How strange.

He blinked again. The smiling face of Albus Dumbledore swam into view above him.

Presumably they were similar to these 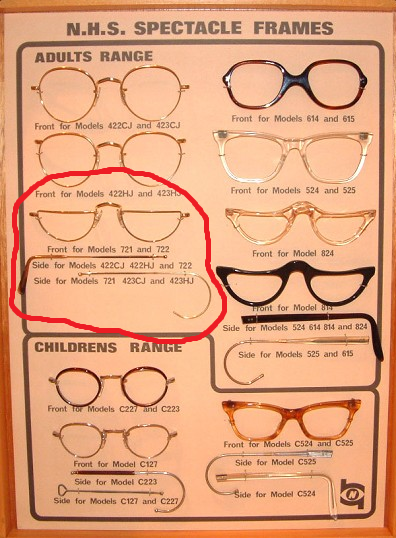 -2
How often are the Houses' symbols mentioned, in the books?

18
What were Dumbledore's actual intentions for the Elder Wand?
24
Abuse over celebrity for Harry Potter: Did Dumbledore choose correctly?
14
When did Dumbledore destroy the Horcrux ring?
10
Why did Dumbledore allow Draco to disarm him?
24
How did Dumbledore gain the loyalty of Fawkes?
52
Why didn't Harry continue Dumbledore's Army sessions in the Half-Blood Prince?
58
Was it Dumbledore's charm or Lily's that protected Harry all those years?
3
Do wizards or witches wear sunglasses?
3
Why didn't the Ministry of Magic investigate the killing of Dumbledore?