Is there a clone of Snoke in the Sith Temple?

When Rey entered the Sith Temple, you could see a head in a tank that looks very similar to Snoke's head.

Is it a clone? Why was it kept? Or is it a clone that has not yet been revived?

You get a better view when Ren enters the temple at the start of the film. The Emperor has a big jar full to the brim with Snoke clones. 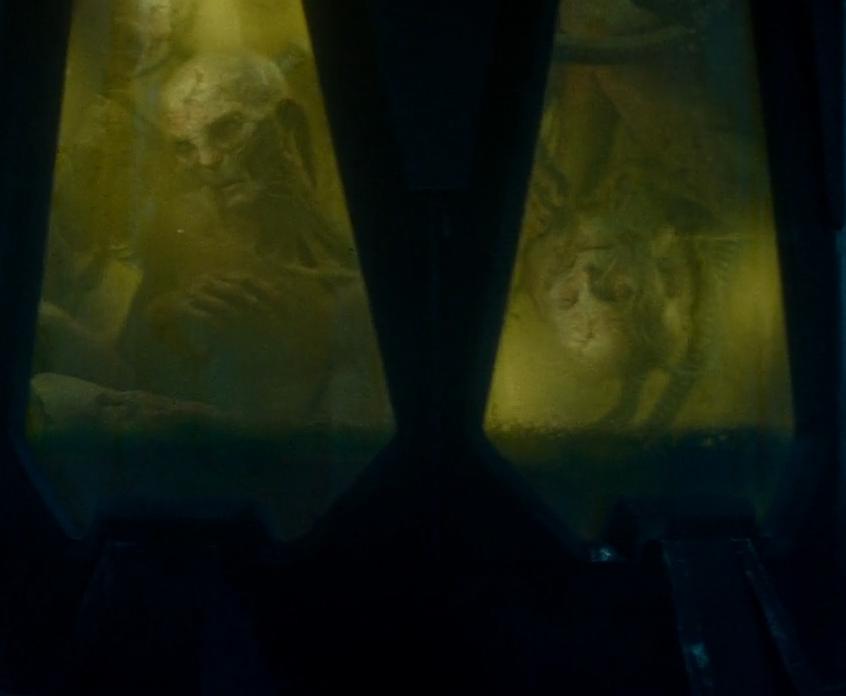 The film's novelisation indicates that there are three of them and that they're all alive.

A flash of lightning illuminated a huge glass tank, containing three creatures, liquid life being pumped into them through mechanical umbilicals. They were all the same creature, he realized with a start, with wrinkled skin and an oversized bald head and features caught in a state of everlasting anguish. They were all Snoke.

It's not clear why Palpatine needs all those clones but I think we can reasonably assume that if Kylo Ren hadn't become Supreme leader (killed fighting Snoke's guards, for example), then Palpatine would have considered decanting another Snoke and putting him back into control of the First Order.

Not the answer you're looking for? Browse other questions tagged star-wars the-rise-of-skywalker snoke or ask your own question.

10
Sith/Dark Jedi in Jedi temple possible
5
What is said about the temple?
12
Did the Jedi Temple Guards defend the Temple against Operation: Knightfall?
26
Did the 501st Legion know what Anakin had become when they attacked the Jedi Temple with him?
18
Why did the Sith need the Clone Army at all?
4
Why didn't the Sith clone Inquisitors?
4
What did the Jedi do with regards to the Sith in the decade before the Clone Wars?
28
Was Snoke an individual or a puppet?