Why didn't Luke use the force to lift Darth Vader into the Imperial shuttle?

On Star Wars Episode VI: Return of the Jedi we see Darth Vader dying next to an Imperial shuttle as he speaks with Luke. Why didn't Luke use the Force to move Vader onto the shuttle? I assume he was capable of this since he moved C-3PO around with the Force earlier in the film.

Probably because Luke was half dead from the Emperor nearly killing him with Force lightning. 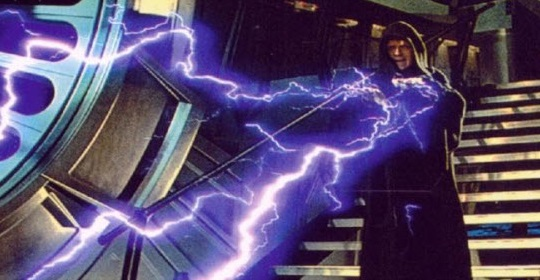 Luke was barely able to help Vader walk to the shuttle itself. I don't think using The Force was an option for that.

Note that in the scene on the Death Star II it wasn't Luke that stopped them from getting on the shuttle, it was Vader. He knew his death was imminent, and he wanted to properly say goodbye to Luke and to see him face to face for the first (and only) time. If Vader gets on the shuttle, there's a chance he dies before they land on the Forest Moon, and he never has a chance to say goodbye to Luke. (And to ask Luke to tell Leia that there was still some good in him.)

Luke also manages to get Vader's body off the shuttle and onto the funeral pyre he built. Again either he uses the Force or he doesn't need to. (My bet is on Luke at least using the Force to enhance his strength, since Vader's pretty big compared to him.)

There’s two components to this as far as I can see:

Ultimately however, since it is never explained (i.e. portrayed) how or why he does or does not levitate Vader into the shuttle, any explanation either way can only ever be a subjective opinion.

It is my personal opinion (other opinions are available and just as valid) that what we see in Return of the Jedi is internally consistent with the portrayal of Lukes use of the Force in the previous 2 episodes and that this question only arises because of the INconsistency as now portrayed in episodes 7-9 (And to a lesser extent in episodes 1-3), where-in the Force is portrayed as nothing more problematic to wield than a trusty blaster at your side (altho at least in the case of the prequels this is arguably explained by the Force being wielded by fully trained and experienced Jedi).

Easiest answer: because it's a film, and it's far more dramatic a moment to show him struggling to drag his father than it would be to have him use the Force. Mind, they could have made his usage of the Force just as much of an exertion, but there's something more personal and tactile about him physically dragging Vader. It's an experience we, as an audience, can directly related to.

According to the d6 Star Wars RPG (REUP edition, p163)

Increased difficulty if object isn’t moving in simple, straight- line movement: + 1 to +5 for gentle turns. + 6 to +10 for easy maneuvers. +11 to +25 or more for complex maneuvers, such as using a levitated lightsaber to attack. Modified by proximity. This power may be kept “up”