How much time has passed between The Last Jedi and The Rise of Skywalker?

The Rise of Skywalker takes place sometime after The Last Jedi. It doesn't pick up straight after because the Resistance has a new base and is running operations again. Rey is also in training and seems to have read her way through the Jedi texts quite well so there is some not insignificant time skip.

How long of a time skip is there?

The Rise of Skywalker Visual Dictionary contains a timeline of Finn's life.

The Battle of Crait, seen at the end of The Last Jedi, takes place on 0 ASI (After Starkiller Incident). The mission to the Sinta Glacier Colony, seen at the start of Rise of Skywalker takes place in 1 ASI. Since the smallest unit used in these timelines seems to be .5 of a year, the longest the gap could be is 17 months. 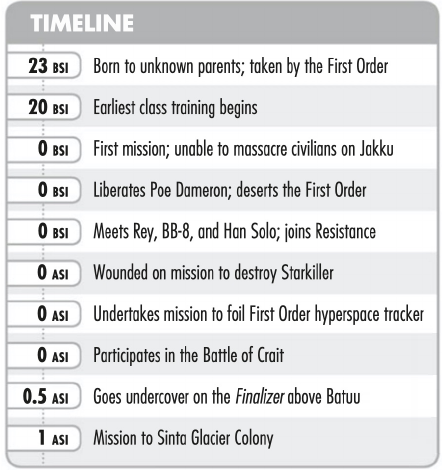 According to Wookieepedia, The Rise of Skywalker starts:

A year after the battle of Crait

which is roughly when The Last Jedi ended. Said battle occurred in 34 ABY, while the first episode of The Rise of Skywalker, namely the mission to obtain the Sith wayfinder by Kylo Ren and the Knights of Ren, occurred in 35 ABY, i.e one year later.

This conclusion seems to be based upon testimony by John Boyega (the actor playing Finn) in a relevant article by Empire in February 2019:

John Boyega has confirmed the film takes place roughly one year after the events of The Last Jedi. 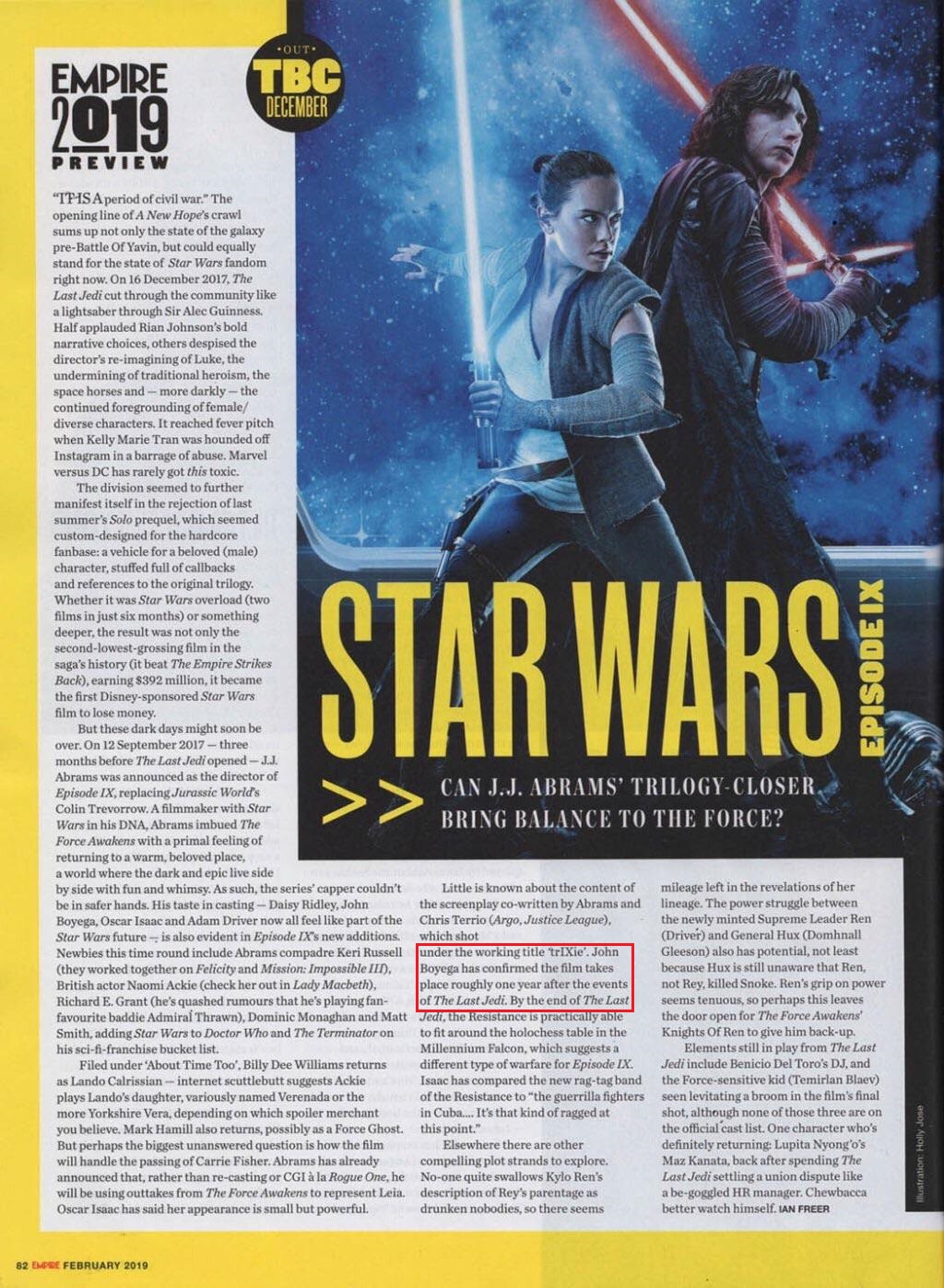 There is an awful lot of secondary reports on this, but the sole primary source seems to be the above quote by Boyega in Empire, as tweeted here: 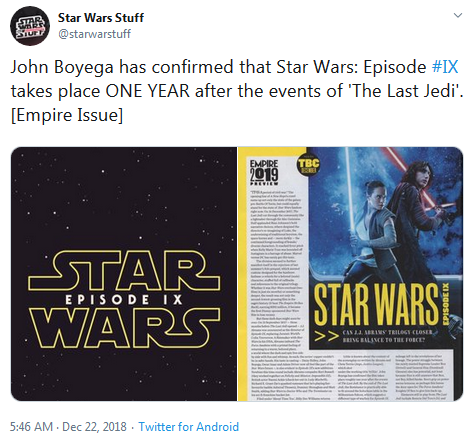 As for Boyega himself, when asked in Twitter, replied that he actually doesn't remember: 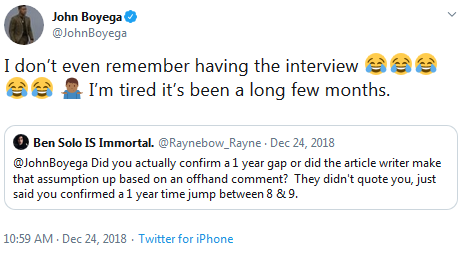 Not the answer you're looking for? Browse other questions tagged star-wars the-last-jedi the-rise-of-skywalker or ask your own question.

21
Which predictions of The Last Jedi: Darths & Droids Bingo were correct?
4
What is the meaning of "Han was Han about it"?
4
What is the meaning of this character hovering in the last jedi?
9
Who are the "Last Jedi"?
7
Is the storyteller kid at the end of "The Last Jedi" Force-sensitive?
15
Which predictions of The Rise of Skywalker: Darths & Droids Bingo were correct?
19
Why was this group on Exegol?
29
How did Rey repair the Skywalker lightsaber?
6
Who did Kylo Ren think Rey was in "The Force Awakens"?