Why did Star Trek Discovery's phasers fire in short bursts, but switch back to beams?

When Star Trek Discovery started I was quite surprised that they did use Kelvin Timeline Phasor effects for their phasor and Disruptor fires...thus short pulses instead of beams.

Then, in the Season 2 finale, suddenly all ships from all sides used BEAMS for their energy weapons.

Is there any explanation on that in or out of universe?

I found a video that goes over this in detail

The point he makes in the video is that, regardless of era or universe, we see phasers emit in both pulses and streams. 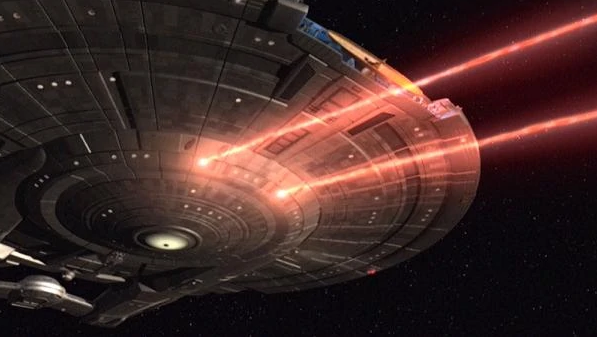 There are instances in pre-Discovery canon of pulse firing. The most notable is Star Trek II, when Khan attacks the Enterprise

So pulses are not necessarily non-canon.

So why the switch? A couple of reasons

In-universe, phaser technology has had to advance due to the Klingon war. We saw this in the Kelvin universe, where they went the other way (beams on the Kelvin, to pulses on the Enterprise, likely to counter the Nero, which had that multi-torpedo launcher). It's likely the Discovery got a refit at the end of Season 1.

Out of universe, it would be silly to have the original NCC-1701 firing beams (to better mesh with the phasers seen in TOS) while the supposedly more advanced Discovery was still firing pulses. I should note, though, there were still a lot of pulse phasers in the final fight of Season 2 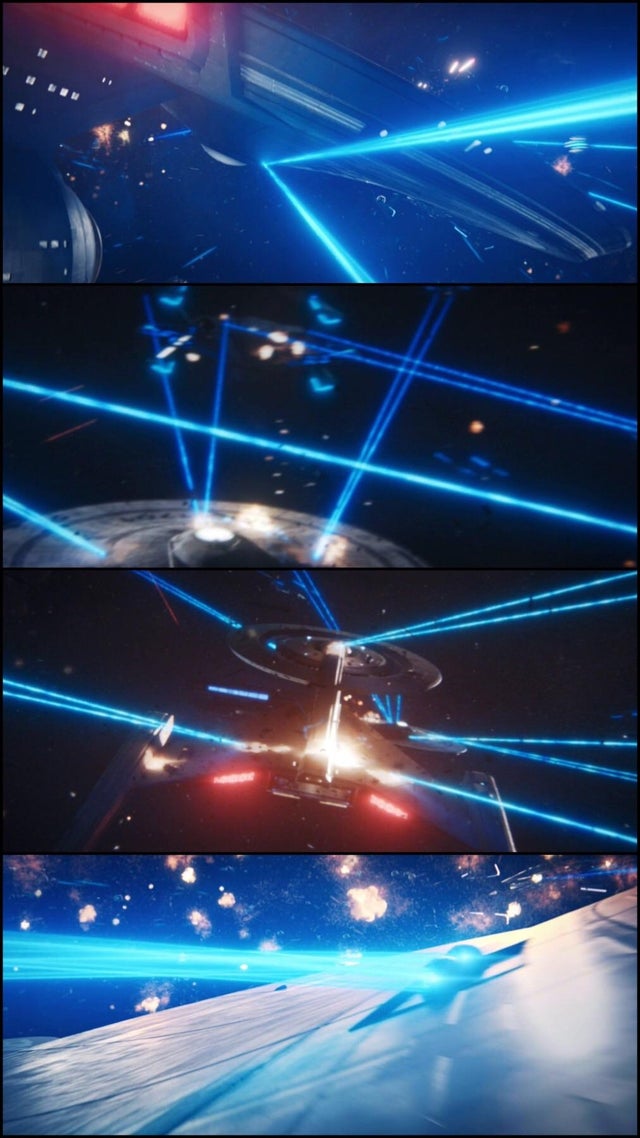 Not the answer you're looking for? Browse other questions tagged star-trek star-trek-discovery phaser or ask your own question.

34
In Star Trek why is there a kill setting on phasers?
12
Why fire phasers like (ballistic) guns?
29
How would Starfleet know what a Romulan looks like in Star Trek 2009?
16
At what point and why does it become (almost) impossible to transport through shields in the Star Trek Universe?
14
How did the transporter malfunction in "Star Trek: The Motion Picture"?
12
Why do ships in Star Trek ToS not have seat belts?
19
Were holograms used for Star Trek communications prior to Star Trek Discovery's pilot?
23
Who or what is that robot-headed crew member on the bridge of Star Trek Discovery's Shenzhou?
7
When did phasers replace cannons in Star Trek ships?