What is the meaning of Cassandra's vision of Lex in "Smallvillle" S01E06?

In Smallville S01E06, when Lex finally decides to learn his future, Cassandra sees him being the President of the United States, he's wearing a white costume. Then he walks out of the building, appears in the sunflower field with all the sunflowers dying as soon as he touches the first one. After the sunflowers are gone, a field of skeletons emerges from beneath and a blood rain starts.

While it's obvious that Lex Luthor is the main antagonist for Superman, why so many cryptic elements? Yes, he kills lots of people, hence the blood, but what's the meaning of being the President, sunflowers and even a rain of blood?

I haven't seen the show for a long time but the symbols are clear:

Cassandra: what kind of signs

IIRC, at that point in the series, Lex is still well-intentioned, albeit overly confident in his talent and with a "the end justifies the means" attitude.

This is also a nod to the comics where Lex Luthor actually becomes President of the United States: 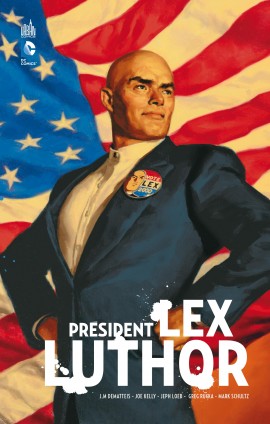 Apparently, he had been president at least four times (see here or here - thanks Jenaya for the second link) in the comics and animated series.

In short, the ambition (President) of Lex Luthor will bring death (blood and corpses) and destruction (rotten crops) to America.

Not the answer you're looking for? Browse other questions tagged dc smallville or ask your own question.