I'm looking for a sci-fi novel I read in the early 2000s at a local library. Judging by how often they actually got new books, it has to be between the 50s and 80s - if I had to guess, late 70s? The most prominent things I remember:

Canine aliens were the main alien species There was one human boy that was like their pet. Outside of him, there may have been one other human that was seen. The aliens put a large amount of importance on poetry shaped like its subject. The boy wrote a poem about either the Moon or Earth that was round in shape. One of the aliens was named Oberon, and the human frequently called him Obie. 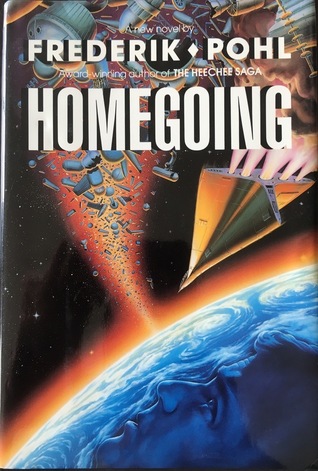 Sandy Washington was a pretty normal guy. The only unusual thing about him was that Sandy had been raised by aliens on their spaceship. The Hakh'hli had done everything they could to give Sandy an Earth-type boyhood. Now, finally, the Hakh'hli were bringing Sandy home to Earth. And while they were at it, they intended to give humanity some extraordinary gifts. The Hakh'hli seemed to have Sandy's & humanity's best interests at heart. But the people of Earth weren't so sure.

By the time Obie came back, looking chipper and pleased with himself, they had reached the boiling point. “Oberon, you’re a hoo-hik turd!” Polly thundered, and Helen and Tanya chimed in.

“Were there lots of eggs?” Bottom asked enviously.

And pithing the cubs:

“You did it already,” Sandy pointed out. “I’m sorry, Obie. I guess I just don’t like pithing cubs.”

“What’s the matter, Sandy? You’ve done it before.”

“But we have to pith them,” Obie said reasonably. “For their own sake, you know? It keeps them from being too smart.”

And here's the poem:

11
Earth taken over by aliens who treat humans as livestock. Protagonist is fully sapient, but a pet to an alien

7
Late 70s Early 80s Children's SF Book Series
2
I remember seeing a movie when I was young about a group of aliens being kept in a facility on Earth
7
What book is this? Pre 80s book about a captain who hijacks a military spaceship and takes school kids hostage?
6
Soviet Sci-Fi movie from the '60s(?)/'70s(?)
6
Short horror story set in a pawn shop, mirror with dark history/ties to dark magic is involved
27
Teenager on Mars, in conflict with authority, learns truth of Martian lifecycle
9
Novel with a young boy whose father creates custom pets including a "Godzilla" and a mammoth