Comics identification: Priests who are embodiment of 7 sins are venerated as saints

I read this comicbook 6-10 years ago. Can't find it but I would like to read it again.

The Serbian translation was titled something like "Seven holy men" or "Saints" or "Seven saints". The main protagonists are seven priests who each embody a deadly sin: there is the prideful one, lustful one, gluttonous one, wrathful one, slothful one, greedy one, envious one.

The first page shows a Viking shaman doing a ritual. After finishing it, Vikings go berserk and towards their ships, to start a war.

The last page shows the priestess and the prideful priest doing a similar (only Christian) ritual of asking the god to favor them in battle, then Vikings going berserk and to war.

Anyway, this is what I remember:

It's part of a French "conceptual" series of seven unrelated comics, written and drawn by seven different teams (as part of a challenge launched by a comics writer), telling the missions of seven unrelated groups of people, in various time periods and settings (fantasy, SF, etc). It was later expanded to more than seven groups:

Ireland, 9th century. Seven monks living in community have long since turned their backs on the sacred principles of the Church. Each one gives himself body and soul to his favourite sin: who to pride, who to envy, who to lust... But the wrath of the Most High will fall on these seven capital sinners, in the form of a perilous mission: to take to the sea and evangelize ferocious Vikings! 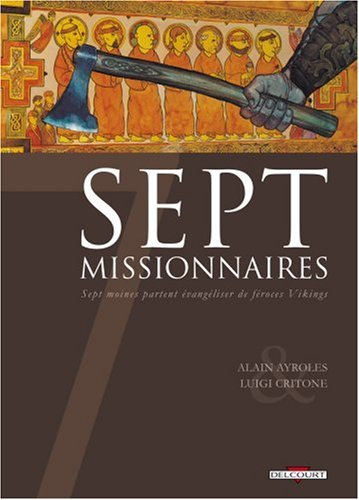 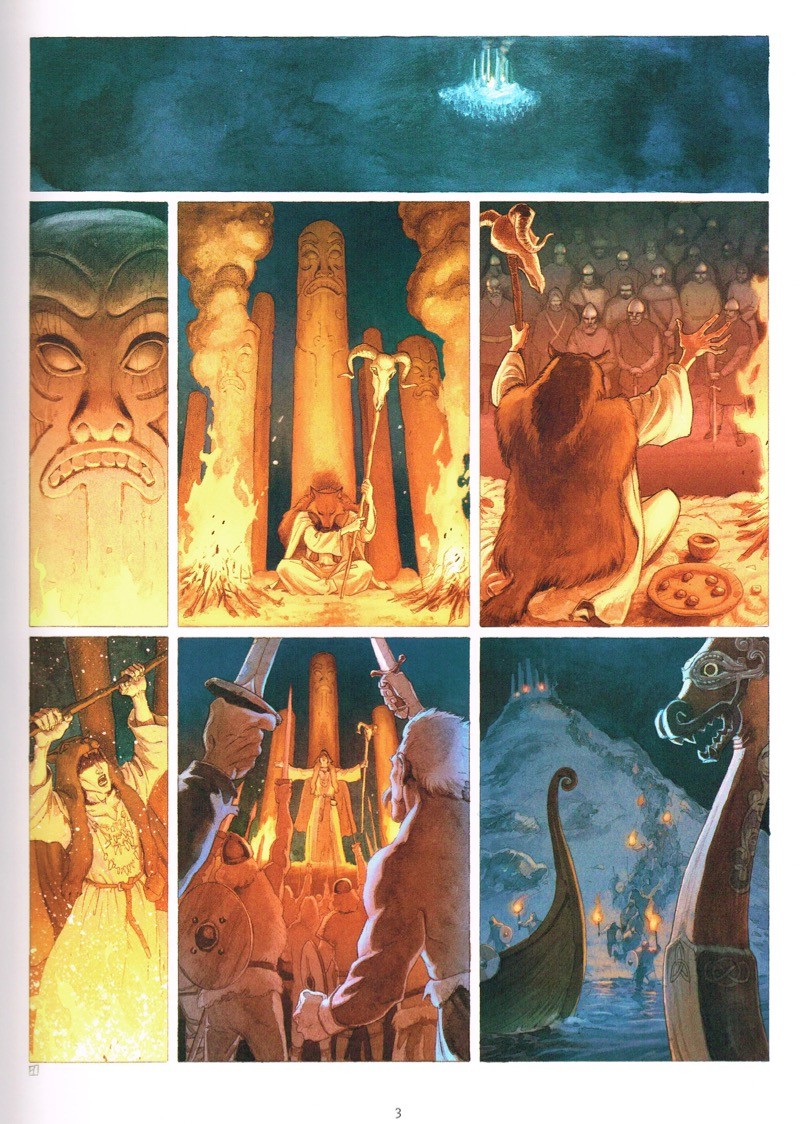 8
What are comics numbered #0?
12
Short story/novella similar to the game, Black and White
15
I'm looking for a sci fi book with a tribal woman, hermaphrodites, and implanting minds into new bodies
15
Movie where Earth is conquered and humanity are cavemen slaves
14
Fantasy novel set in alternate Istanbul/Asia Minor
9
Time travel, monastery, viking raid, YA
17
A story in which God (the Christian god) is replaced