By what mechanism did Dana and Loius Tully become possessed by the terror dogs?

In the 1984 movie Ghostbusters, the characters of Dana Barrett and Louis Tully become possessed by the terror dogs Zuul and Vinz Clortho, respectively. The actual mechanism of how this happens is not shown or elaborated upon in the movie, but from what I can gather the hosts are "attacked" in some fashion and afterwards the terror dog and the host share one body.

This has always bothered me because the terror dogs are clearly corporeal (Vinz Clortho does some severe damage to Tully's apartment), so I cannot imagine that they just "enter" the host's body by passing into it like some full-floating vaporous apparition. When I was a child I had thought that the hosts were eaten by the terror dogs, but while that serves as good nightmare material for a 6-year-old I now no longer think that makes much sense.

Is there any information as to what method the Gatekeeper and the Keymaster used to possess Dana Barrett and Louis Tully? I would prefer official sources (something like the novelization, Word of God/Aykroyd, officially licensed material, etc.), but I'm OK if something like the cartoons or video games shines some light on this.

The novelisation by Larry Milne is light on explanatory description and doesn't cover how Vinz Clortho (the Keymaster) or Zuul (the Gatekeeper) possess the physical forms of Louis Tully and Dana Barrett respectively any more than the original Ghostbusters movie did.

The most powerful members of a race of other-dimensional, bearlike creatures that have sometimes been referred to as "terror dogs", Vinz Clortho and Zuul were possessing entities that could take over the bodies of any mortal species.

The two minions were able to travel inter-dimensionally in their search for beings they could use to bring about the coming of Gozer. Entering a new world, they would each find a mortal host and possess them; this would transform the hosts into the Keymaster and the Gatekeeper, the individuals who, once united, would perform the rights to summon Gozer.

Once the summoning was completed, the hosts would be transmogrified into Vinz Clortho and Zuul's true forms, demonic terror dogs. In our initial encounter with Gozer, Dana Barrett and Louis Tully played host to Gozer's emissaries, but when the deity was defeated, they were both returned to human form unharmed.

So, basically, while they are corporeal and can cause damage to any physical world they occupy, they are also able to possess a host without harming them unduly - unless Gozer is not defeated, in which case "All right. She's a dog" is all anyone will be able to say about them. 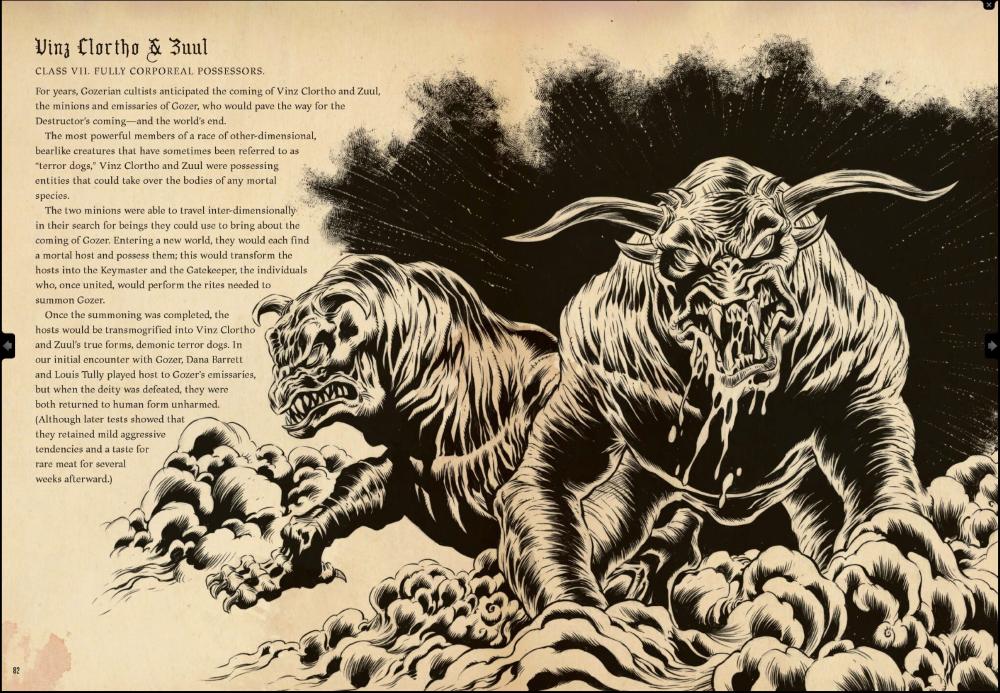 14
Why do Dana and Tully act so differently?
17
Did the gatekeeper and the keymaster get intimate in Ghostbusters?
26
Did Louis Tully's speech mean anything?
9
Ghostbusters - How did 'the end of the world' begin in 1984? (or - what took Gozer so long?)