If i remember correctly, the main character played a game, defeated the Demon King, and reawakened in a world that is just like the game, but 500 years after he slayed the Demon King.

The first events were only handled very briefly. it was the classic mc plays an MMORPG and defeats the Demon King in the game which then lets him get transported into this "come-alive" world that went on for 500 years between him defeating the demon and him being transported there. He starts getting familiar with the world, finds his former NPC ally, and slowly starts to try to find his former comrades with whom he defeated the Demon King. I read roughly 50 chapters 2 years ago.

I think you might be looking for The New Gate as per Fantasy-type manga where the main character defeats the demon king and goes forward in time. 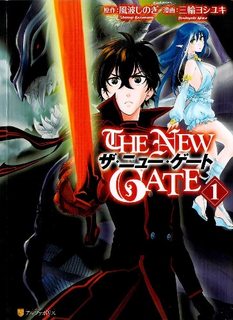 "The New Gate," an online game that had turned into a death game, was now releasing the tens of thousands of players that had been dragged into it, thanks to the efforts of Shin, one of the oldest players. But after he had defeated the last boss and freed everyone, he was swallowed up by a strange light and found himself inside the game world 500 years in the future.