Does Morris Bench a.k.a Hydro-Man exist in the MCU?

In Spider-Man Far From Home, when Beck faces off the Water-based Elemental, on the news,

[A handful of students are watching a television news report about Mysterio.]

Unidentified student: It’s aliens. It has to be.

Flash: Buzzfeed says there’s a sailor named Morris Bench who was exposed to an experimental underwater generator and got hydro powers.

However later, Mysterio describes these creatures to Fury and Peter as,

"They were born in stable orbits. Within the black holes, creatures formed from the primary elements. Air, Water, Fire, Earth. The science division had a technical name. We just called them Elementals."

Although it is cleared later in the movie that Mysterio is a fake and the Elementals are simply his illusions, the question is:

Does Hydro-Man actually exist in the MCU?

It is unlikely that Mysterio (and his team) would fabricate an elaborate backstory about the Elementals and a multiverse and, at the same time, also a not-so-interesting one about a failed science experiment villain like Bench.

At the moment it is unclear whether he does or not. That said The Daily Bugle promotional website has the following story:

THE SEARCH FOR MORRIS BENCH! 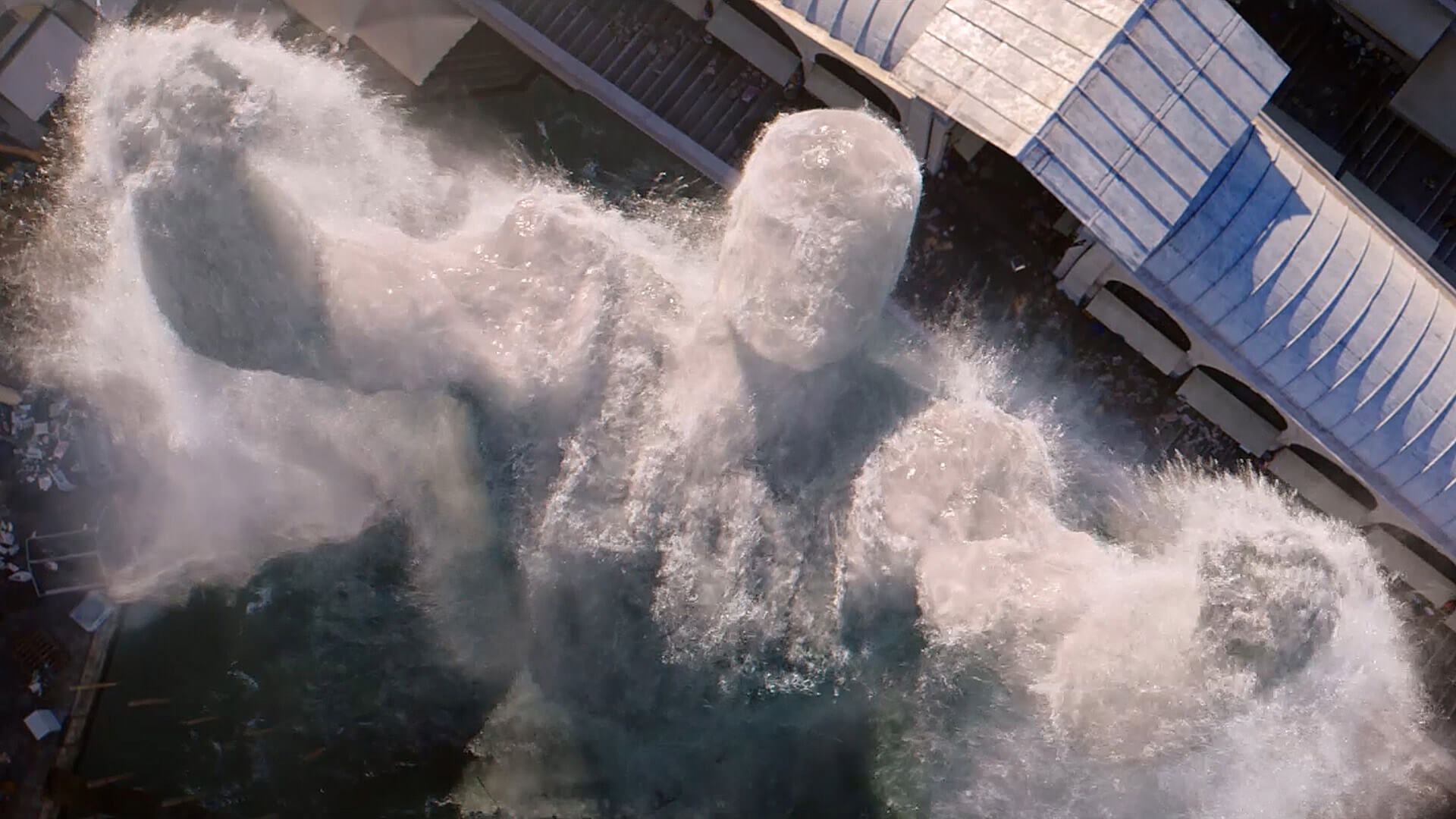 The Elemental menace known as the Hydro-Man evaded capture by Italian coast guard for the third day in a row - sparking rumors the US government is covering up his existence! What does the Navy not want us to know about its experimental Hydro Generators? Why is Morris Bench not listed on any official documentation of any kind, as if he didn’t even exist? This doesn’t just smell fishy, I also smell a coverup!

Of course this is a promotional website and we know from the film that the Hydro-Man we see in it is just an illusion so take it with a pinch of salt. Also according to Janek Sirrs they deliberately chose to only call out Hydro-Man's comic book name.

“I’m not sure which came first in the development process, the idea of using the comic book villains…or elemental creatures that would be subsequently assigned to those villains,” said Janek Sirrs, the production visual effects supervisor. “Either way we trod a fine line with the connection between the two, and only explicitly called out Hydro-Man’s comic book character’s name, leaving the rest more ambiguous.”

IndieWire, ‘Spider-Man: Far From Home’: Marvel Found the Mighty Elementals in the Comics

Production visual effects supervisor Janek Sirrs stated in an interview with IndieWire that they explicitly mentioned Morris Bench in Spider-Man: Far From Home to leave ambiguous whether a real Hydro-Man exists or not after all, possibly hinting that there may be an accurate portrayal of the character in further installments.

However, it could just be an Easter Egg to the comics and that's it, as in the trailer we have a boat in Venice named "Asm 212" which is a reference to The Amazing Spider-Man #212 in which Morris Bench, Hydro-Man, first appears.

One thing is for certain though is that there is a lot of information only on Hydro-Man of all the Elementals and nothing for the others. So whilst it could all just be for an Easter Egg it seems like a lot so he could exist but nothing explicit at this time.