Why did Picard not recognize this individual in the first episode of Star Trek: Picard?

Why did Picard not identify Dahj as Lal in Picard S01E01 "Remembrance"?

The background is that Data had made a painting, which we had not seen before, of his daughter Lal. As the painting is titled "Daughter", we can assume that Lal is the subject. Obviously, as Lal and Dahj have a different actor, they had to adjust the painting accordingly. But putting this aside, it is a plot point that Maddox used the painting as his template for Dahj, and so Dahj and Lal should be more or less identical in-universe.

In this case, Picard should have identified Dahj as Lal. Why was this not the case?

It is unlikely that Dahj is a copy of Lal.

Lal, introduced as Data's daughter in TNG Season 3, Episode 16 ("The Offspring"), and Dahj Asha, introduced in Picard Season 1, Episode 1 ("Remembrance") are not likely to be the same individual, as I will argue below (but first with some background).

Lal was a positronic android fashioned by Data himself, much to the surprise of the Enterprise-D crew as well as Starfleet. Lal had no initial assigned gender and was encouraged by Data to choose an identity, thereby becoming his "daughter". Lal rapidly and unfortunately succumbed to instabilities in her positronic net. 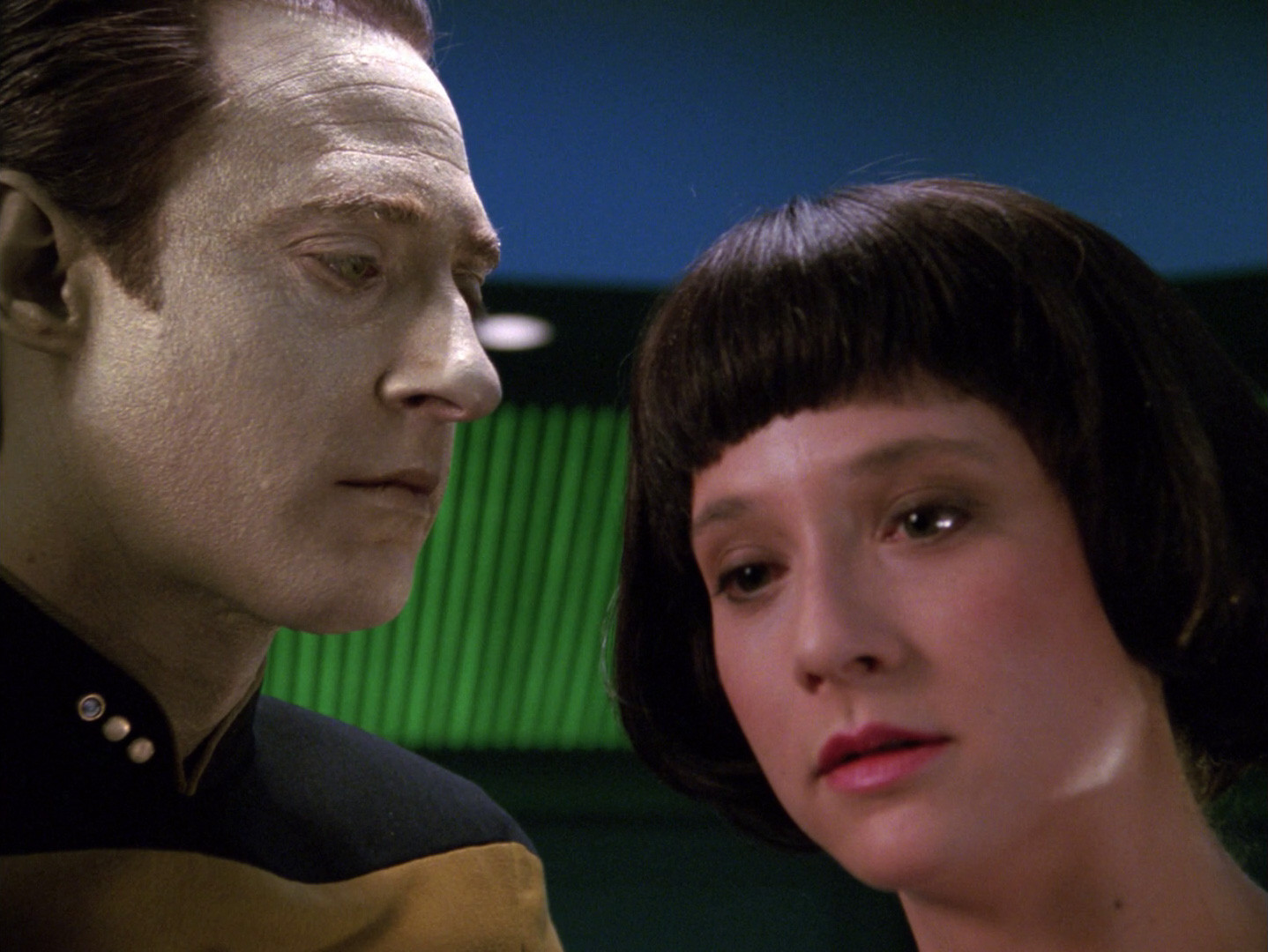 As we learn in "Remembrance", Dahj was created not by Data but rather by Bruce Maddox, Starfleet's foremost expert in synthetic life and the former Associate Chair of Robotics at the Daystrom Institute, who for obvious reasons took a particular interest in Data.

Dahj is a wholly different kind of synthetic life form than Lal: a flesh and blood being whose mind is apparently synthetic, operating through a stable positronic neural net in the same way as Data. She was designed using the technique of "fractal neuronic cloning", which creates a stable positronic neural net using a single neuron from an existing stable net (Data's, in this case). The process apparently results in two beings (Dahj and her twin Soji being an example of this).

Dahj's appearance was chosen by Maddox to resemble that of a woman in a painting that Data made, which Data had given to Picard as a gift. The title of the painting is "Daughter" and Picard remarks that Data had indeed always wanted to have a daughter. 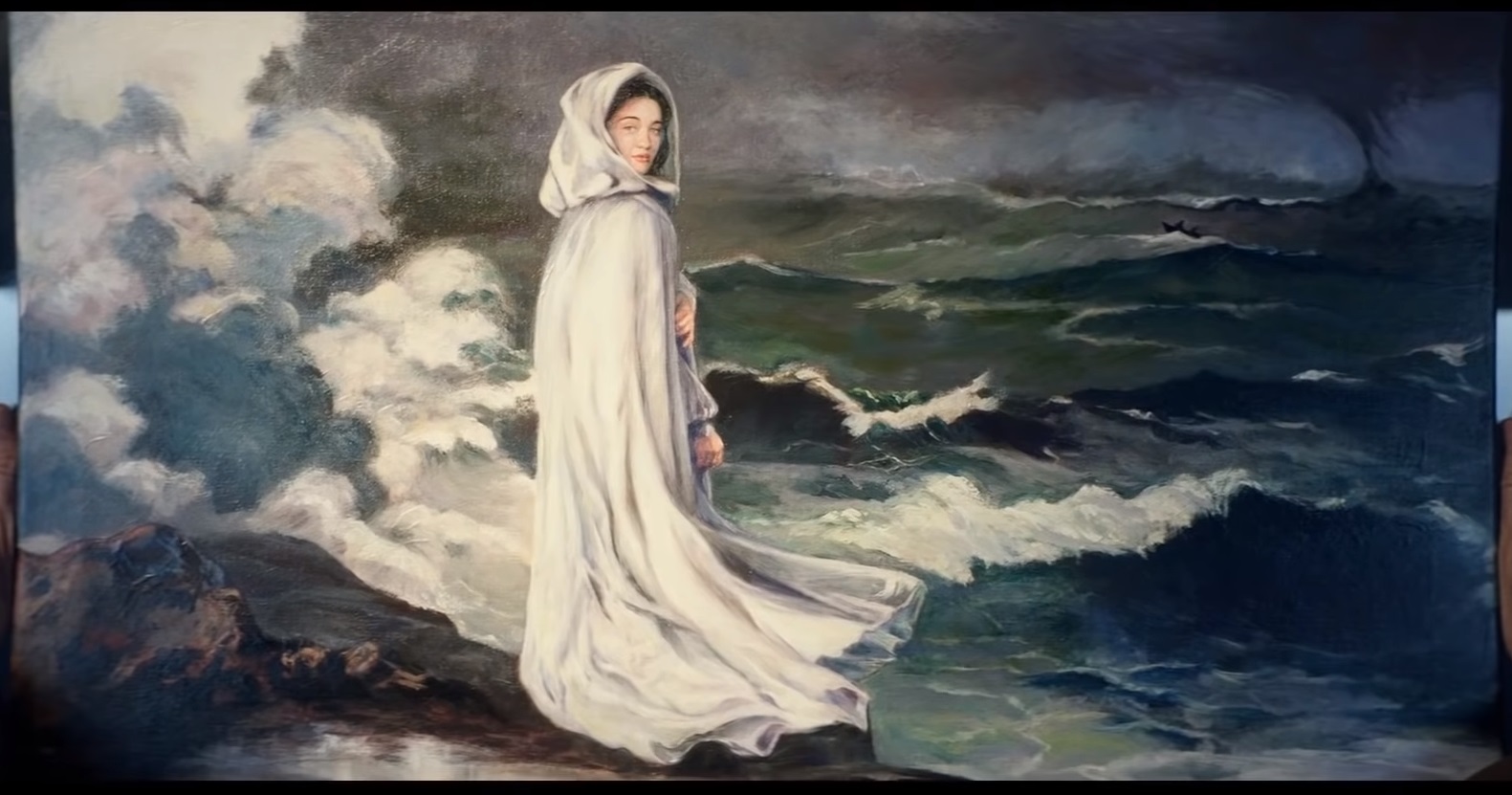 It is stated in the episode by the holographic attendant at the Starfleet Archives that the painting was rendered in 2369, at least a couple of years after Lal's demise. While it is certainly possible that Data had made the painting of Lal, in which case it would follow that Dahj's appearance was based upon Lal's, there is no firm reason at this time to expect that the painting is one of Lal.

For comparison, here is an actual painting of Lal by Data, revealed in TNG Season 7, Episode 10 ("Inheritance"): 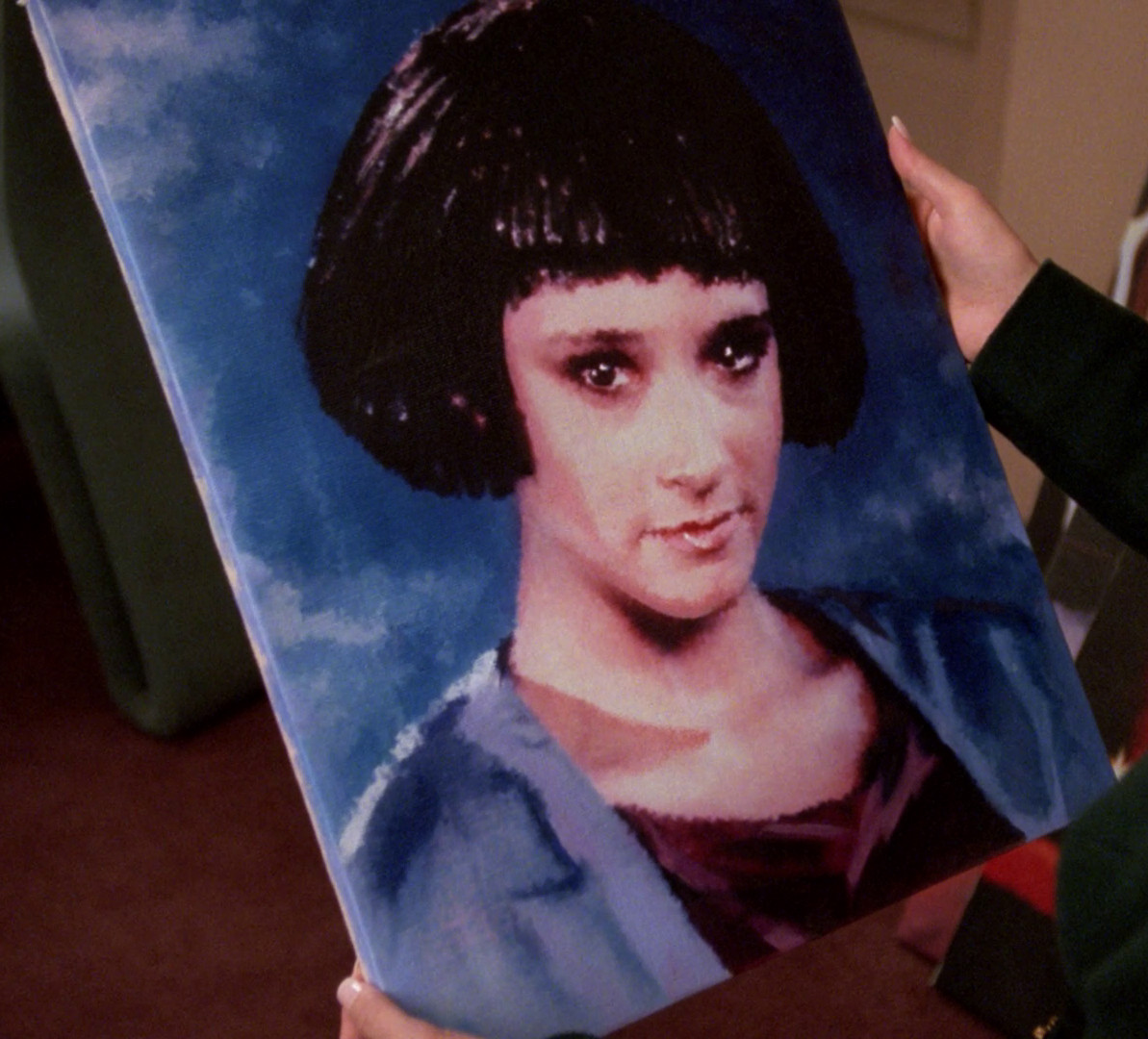 At the same time, it is strongly suggested in "Remembrance" by Dr. Agnes Jurati, Maddox's successor at Daystrom, that Maddox must have created Dahj after the ban on synthetic life and Maddox's subsequent disappearance. As such, basing Dahj's appearance on Lal's would be an obvious red flag. We have to assume that there would be a serious risk that Starfleet and/or other agencies might flag Dahj's appearance as being identical to a known synthetic life form — not a smart move in a world where "synths" are outlawed.

It is thus much more likely that the painting is simply a separate product of Data's creativity and Maddox used it for inspiration — fitting, but unlikely to raise suspicion.

As further corroboration, note that Picard is very concerned as to whether anyone had accessed his personal belongings at Starfleet Archives, demonstrating that he sees no other possible inspiration for Dahj's appearance than this particular painting. On the other hand, quite a number of personnel on the Enterprise had encountered Lal, as well as at least one high-ranking member of Starfleet (namely Vice-Admiral Anthony Haftel), not to mention the fact that her image must be archived in various Starfleet records and logs. Had Dahj been a direct copy of Lal, Picard's concern over who may have interacted with the painting would not be justified at all.

All of this aligns very well with Picard’s inability to reconcile Dahj with any prior acquaintance.

At the moment, there's no certainty they are the same person. The original Lal died/shut down in ST:TNG. Dahj might be a recreation of Lal (plenty of theories around), but is not the original and no reason they would have the same face for Picard to recognise.

Lal and Dahj couldn't be one and the same "daughter" of Data.

Dahj is revealed to have an identical twin at the end of "Remembrance"; Dr. Jurati explained that Dahj's particular type of synthetic being is "created in pairs", making Dahj's creation a separate event from Lal's. We do learn that the "fractal neuronic cloning" technique apparently used to create Dahj and her twin would have required only a single neuron from Data's positronic brain, which explains why she is referred to as his daughter, even if created by someone else (Maddox, perhaps). I'd speculate that at some point off-screen between "The Measure of a Man" and "Nemesis", Data volunteered a neuron (or perhaps several) to be donated to Maddox/The Daystrom Institute for study, and was perhaps misused to create Dahj.

A man can have more than one daughter.

Lal was made by Data, Dahj was made from a part of Data. In that sense, Dahj is more his daughter than Lal.

For not recognizing the painting of course there's a reason. The painting in his home has no face, the face of the one at the library could easily have been forgotten over a 20-year period.

There are a lot of great answers to this that I won't repeat, but I will also add that Lal is a person who Picard knew for a few days or weeks (a single episode) 32 years before the events of Star Trek: Picard (season 3 of TNG was set in 2367 and Picard starts in 2399). Even if they were the same exact person in canon, over such long periods of time it seems perfectly plausible that he wouldn't recognise her face in the flesh until he saw the painting again.

Not the answer you're looking for? Browse other questions tagged star-trek star-trek-data jean-luc-picard star-trek-picard or ask your own question.