What was the first sci-fi TV series to have titles for each episode?

Star Trek: The Original Series had titles for each episode. (e.g. - “Amok Time,” “Balance of Terror,” “The Doomsday Machine,” and so forth.)

What was the first sci-fi TV series to feature specific titles for each episode?

This series aired from February to October 1954, with the first episode airing half a year before the 1954 Flash Gordon series.

Strictly speaking, most named stories consisted of three episodes with a "Chapter 1", "Chapter 2", and "Chapter 3". but there were three single-episode stories, with the first, "Escape Into Space", airing April 27, 1954 - still months before the first Flash Gordon Episode. 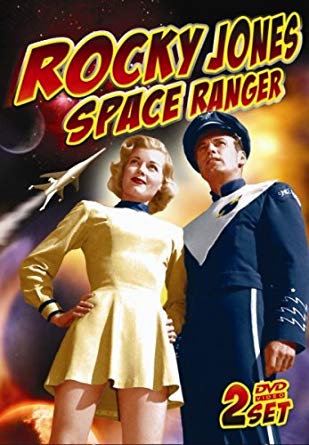 YouTube has all the episodes. The title page of the first episode, "Beyond the Curtain of Space, Chapter 1" can be seen here: 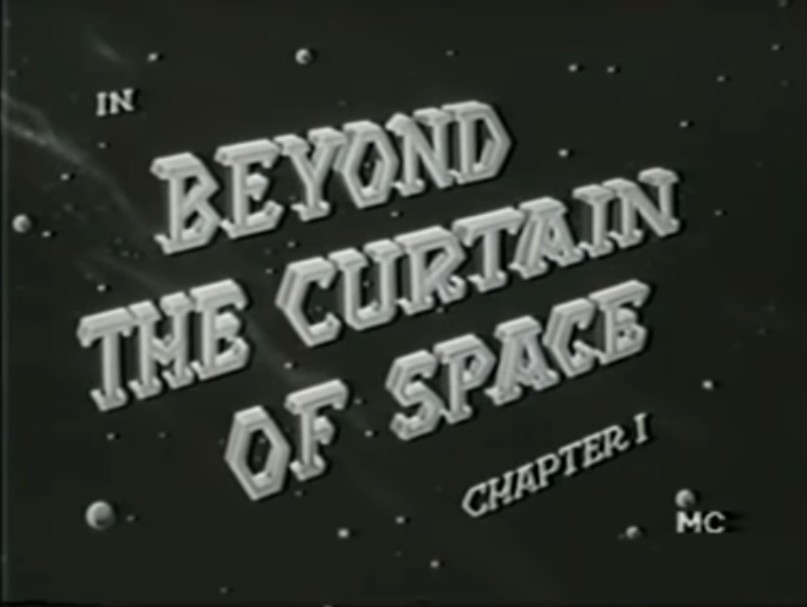 There is evidence that the use of episode titles was normal in science fiction television programs made in the USA as early as 1949. But I note four problems that make assuming that is correct a little uncertain.

Others have mentioned Flash Gordon (1954) and Rocky Jones, Space Ranger (1954) as the earliest science fiction television programs with separate titles for episodes.

The IMDB list of Flash Gordon (1954) episodes and Wikipedia both list "Flash Gordon and the Planet of Death" as the first episode on October 1, 1954.

According to the IMDB list of Rocky Jones, Space Ranger episodes, the first episode on 10 April 1954 was part of a three episode story and had the title of: "Beyond the Curtain of Space: Chapter 1". But chapter 2 of that story was supposedly on 2 March 1952, which seems out of order. The first single episode story was broadcast on 1 May 1954 with the title of: "Escape into Space".

Tales of Tomorrow is an American anthology science fiction series that was performed and broadcast live on ABC from 1951 to 1953. The series covered such stories as Frankenstein, starring Lon Chaney, Jr., 20,000 Leagues Under the Sea starring Thomas Mitchell as Captain Nemo, and many others.

The IMDB episode list for Tales of Tomorrow lists the first episode as having the title: "Verdict from Space" and airing on 3 August 1951.

However, the IMDB entry is not absolute proof that the episode title was used back in 1951 so I suppose that some doubt remains.

Tom Corbett: Space Cadet was first broadcast on October 2, 1950. The earliest episode title in the IMDB list is "Trial in Space" 21 July 1951.

Space Patrol was a television series with recurring characters that was broadcast from 1950 to 1955. Wikipedia says that it was first broadcast 5 days a week starting March 9, 1950, while the IMDB episode lists gives the first episode as "Treachery on Mars" 30 December 1950.

So a quick search among early science fiction television series in the United States of America gives the impression that it was normal and usual for episodes to have titles in the early 1950s and even in 1949.

However, Thee are four problems that add uncertainty:

Added 01-28-2020. Comment by Klaus AE Mogensen say that episodes of Space Patrol, Tom Corbett, and Captain Video on YouTube don't have episode titles while episodes of Tales of Tomorrow do have titles.

Barrowc's answer shows a image of the title card with episode title of the first episode of The Quatermass Experiment, "Contact Has Been Established", broadcast in the UK on 18 July 1953.

Therefore it seems that the earliest examples known so far of science fiction television programs with individual episode titles are Tales of Tomorrow, an anthology series in the USA in 1951, and The Quatermass Experiment in the UK in 1953.

Some people might claim that Tales of Tomorrow doesn't count because it is an anthology series instead of a series with continuing characters, and other people might claim that The Quatermass Experiment doesn't count because it was a limited series of six episodes. Picky, picky. And there is always the possibility that some earlier science fiction television programs did have individual episode titles.

You can see the list of episodes on Wikipedia:

I found episode 3 of Captain Video (June 1949) has a name "Code of Honor" on Trakt.tv, but I couldn't confirm its authenticity because other episodes have bizzare names like "episode dated x" or "this actor replaced this" etc.

The Quatermass Experiment (1953, BBC), "A thriller for television in six parts", had episodes with individual titles. 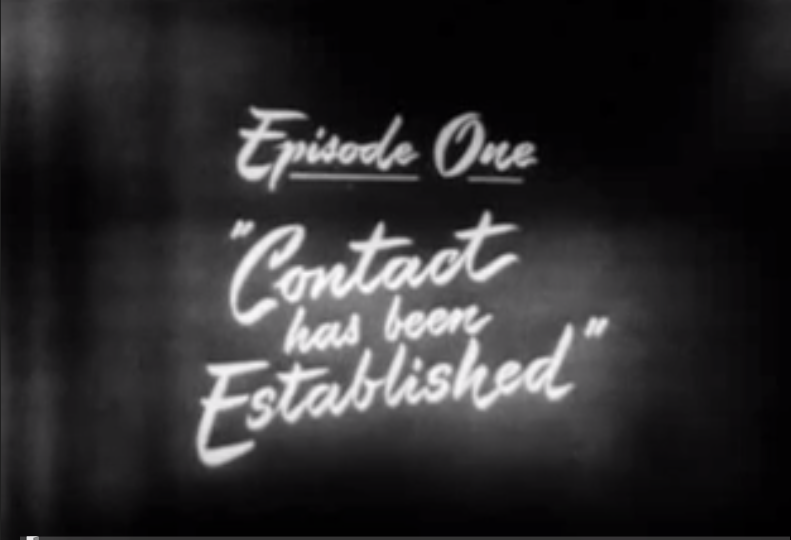 The episodes were transmitted live and recordings only exist of episodes one and two. There are some details of how the recordings were made here

The answer by @M.A.Golding notes some uncertainty about whether various early shows had episode titles originally or if the titles were assigned retrospectively, so I thought I'd look for the earliest example of onscreen titles. M. A. Golding's answer references Tales of Tomorrow, many of the episodes have been posted on youtube playlists here, here and here, and the first episode "Verdict From Space" from August 3, 1951 does have an onscreen title, go to 1 minute 3 seconds here:

As for series with regular characters as opposed to anthology series, the earliest I've found is Space Patrol which ran on ABC from 1950-1955. The episode guide here gives titles for all the episodes but the early ones I've found online don't have any onscreen titles, so this is another case where it's possible the titles were chosen retrospectively (though it's also possible the titles were from the original scripts). But by 1952 the episodes did have onscreen titles, earliest one I've found online was the episode "Errand of Mercy" from October 11, 1952, go to 2:33 in this version to see the title:

On the other hand, there were no onscreen titles on various earlier episodes I've been able to find online: