TV series of the late '70s or early '80s: disfigured people who wear masks in a fantasy or unexplored land

I'm looking for the title of an old TV series that I watched on TV in the late '70s or early '80s; the show wasn't much older. Perhaps it was a movie, but I'm inclined to think it was a mini series. It was set either in a fantasy world or in some unexplored land on Earth; I seem to remember it was the latter but couldn't swear to it.

All I can remember is one scene, which made a deep impression on younger me: the main character(s) have been taken prisoner by the only or the most powerful people living there, which is your run-of-the-mill fantasy civilization, with a slight far-Eastern vibe.

All these people wear elaborate masks, resembling black samurai helms; at one point one of the prisoners wants to see their face and strips a guard of his own mask, exposing a very deformed face. I cannot remember if they wore the masks because they were disfigured or if the masks they wore forever disfigured their faces.

By style it might recall Shogun, the 1980 mini series with Richard Chamberlain; but I watched this show recently again and it isn't the one I'm looking for.

It's not a perfect fit, but this reminds me a bit of 1973's The Golden Voyage of Sinbad, one of the three Sinbad films made by stop-motion effects pioneer Ray Harryhausen and his production partner Charles H. Schneer. It is my personal favorite Harryhausen movie, and apart from the visual effects, it is especially notable especially for the excellent sound effects accompanying the monsters and a remarkably nuanced performance by Tom Baker as the villain.

At one point, the heroes are captured by a group of savages on the lost island of Lemuria. Among the heroes (not the villains—so not quite the same as in the question) is the Grand Vizier of Marabia, whose disfigured face is covered by a golden mask. In an attempt to scare off the captors, he reveals his face, but the attempt is only partially successful. 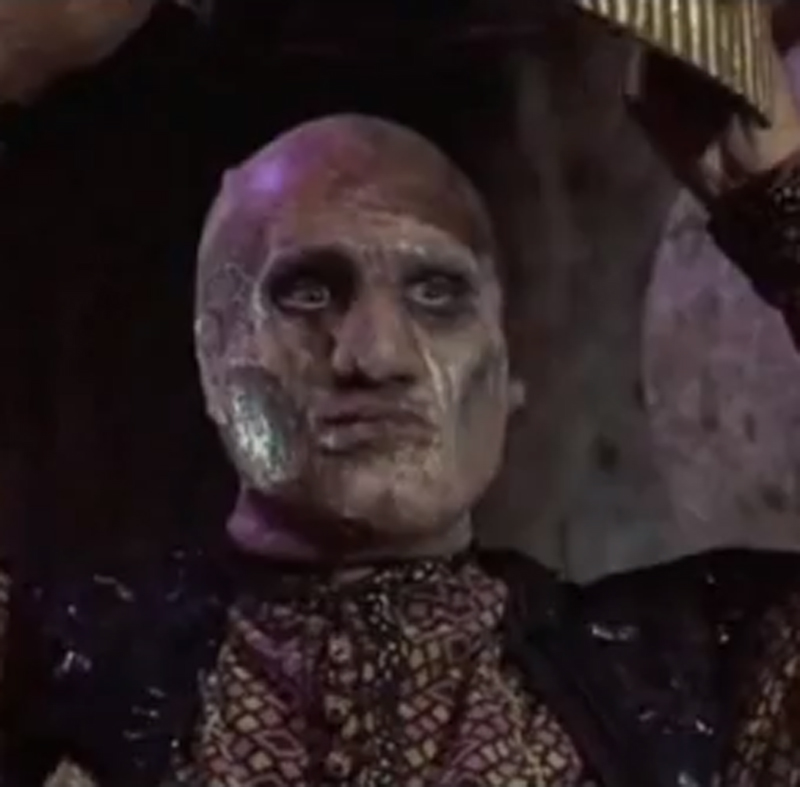 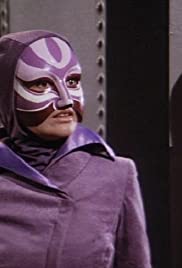 Buck and Hawk transport refugees of a planetary disaster to a new home. Buck allows a fugitive woman named Asteria Eleefa to board the Searcher. Eleefa is a member of a harsh mutant race called the Dorians, who hide their faces behind decorated masks. Ruthless Dorian leader Koldar claims that Eleefa is a murderess and hence demands that Eleefa be handed over to him. When Buck refuses to oblige Koldar's demand, Koldar decides to turn up the temperature on the Searcher.

The people are required to wear masks to conceal their hideous deformity.

The twist - at the end they take off their masks to reveal that the men are handsome, and the women are pretty, but they all have the exact same face. The deformity is, they all look alike.

Koldar: Imagine, Captain, what it is like to live in a world where every face you see is a mirror image of your own. Madness.

Some brief clips (I couldn't find a shot of the unmasking):