How can Picard have a Romulan housekeeper?

In Picard, Picard has a small but loyal staff at his home. His housekeeper appears to be a Romulan. At the same time there is great tension between the Federation and the Romulans, not helped by the withdrawal of Federation help from the evacuation of Romulus.

Given the security concerns, how can the Federation tolerate Romulans living and working among them?

The Romulan Star Empire appears to be gone

The supernova decimated the Romulans. While they may still have a government, they clearly are no longer the political power they were during the TNG era. We see humans and Romulans interacting freely in

the reclamation project surrounding the Borg cube. We see Narek and Soji Asha not only interact, but have sex.

Whatever political forces existed that kept other races out appears to be gone.

There is precedence for that. Worf was a Klingon refugee on Earth after a Starfleet officer saved him from the Khitomer Massacre.

There's also the fact that

in the prequel comic Star Trek: Countdown, they defected from the Tal Shiar to help Picard

But in the process of befriending Picard, Laris and Zhaban saw him show more care and interest in Romulan lives than their own superiors (the nearly-abandoned Yuyat Betans were, after all, citizens of the Empire). In the end, they double defected from both the Council and the Tal Shiar, and returned control of the Verity to Picard.

The political landscape has changed dramatically. 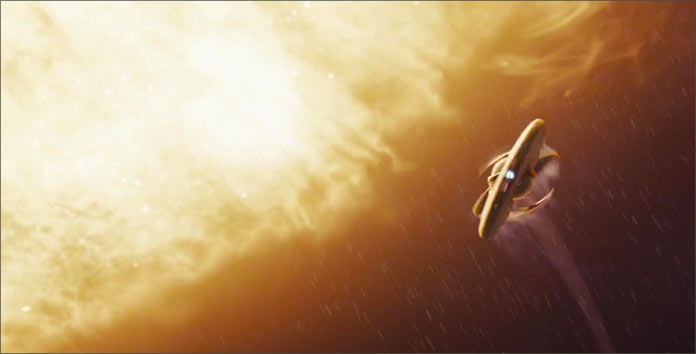 First of all, we learned in Star Trek (2009) that the destruction of the Hobus star in 2387 had obliterated the home solar system of the Romulan people (including the planets Romulus and Remus) and effectively removed the centre of power of the Romulan Star Empire. As we can see from even the first two episodes of Picard, the political landscape of the Alpha and Beta quadrants has radically changed by 2399 (the year in which Season 1 is set).

In particular, it is revealed in the second episode, "Maps and Legends", that there is a now a Romulan Free State, which in particular is operating the

The Federation has technology and expertise to gain.

The Romulan situation seems to be wholly different from the TNG era. While secretive aspects of Romulan culture persist, the paranoid political and militaristic structures that prevented everyday Romulan citizens from interacting with members of other cultures beyond the Neutral Zone seem to be completely absent. For instance, within the

we see Federation and Romulan scientists working side by side, sharing technology (as well as other aspects of their lives, as @Machavity remarks). 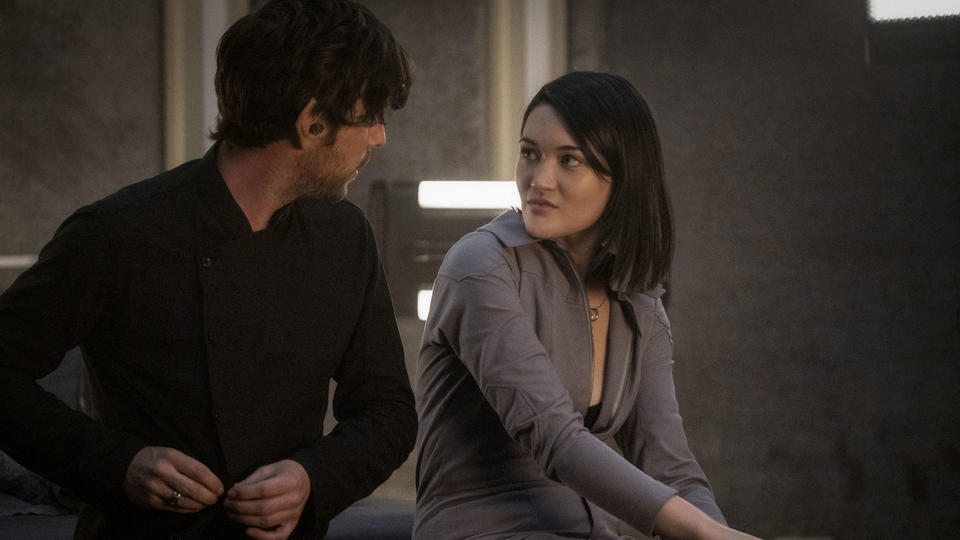 Therefore, there is already some level of cooperation between the Federation and the new Romulan government. 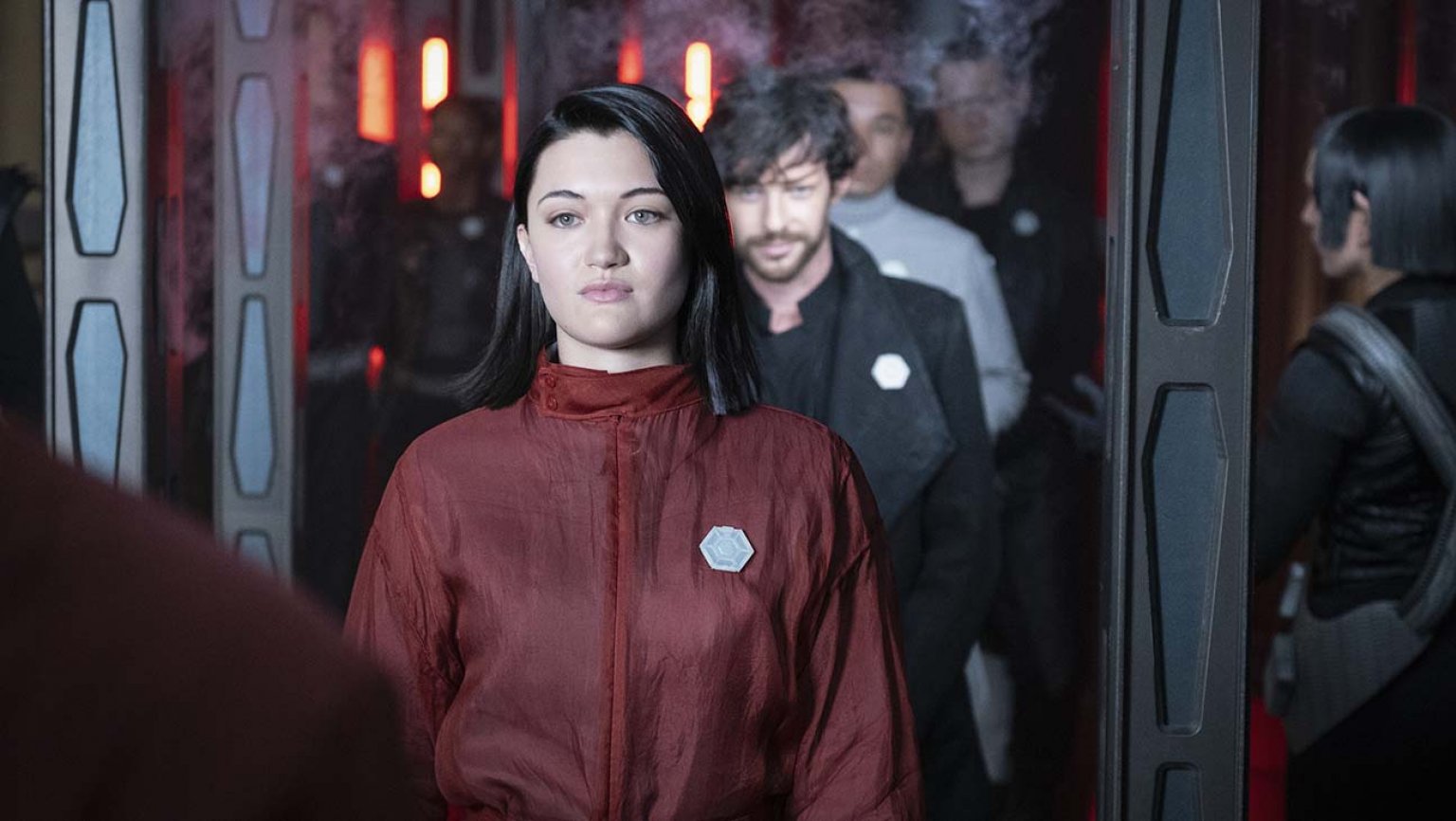 While the Federation will undoubtedly have security concerns to manage, there is likely much to gain from allowing the seemingly unimpeded movement of individuals from the destabilized remnants of Romulan society — in particular the potential to acquire previously inaccessible technology that Romulan refugees may be willing to trade in order to secure resources and status in the Federation.

Soji refers explicitly in “Remembrance” to the trade of Borg technology recovered from The Artifact by Romulans, including potentially by Narek.

Picard and his Romulan house guests may be under constant (and potentially invisible) scrutiny by Starfleet Security.

As for Picard himself, he is not an ordinary Federation citizen. Given his legendary status, should he wish to have Romulan guests / staff on his vineyard, there is potentially little anyone can do to stop this directly. One has to assume that, at this point, he cares little about Starfleet security concerns and that Starfleet, rather than put a formal stop to his fraternizing, is monitoring him and his Romulan guests for any breaches or unusual activity.

Indeed, despite Admiral Clancy’s call in “Maps and Legends” to Commodore Oh (the current Director of Starfleet Security), Oh was in fact already aware of Picard’s activities, including salient details unknown to Clancy.

Section 31 in particular has a history of letting situations play out to their advantage. It would be consistent with their modus operandi to monitor these two former Tal Shiar agents, namely Picard’s house guests Laris and Zhaban, as a means to gain information and insight into any potential Romulan plots.

As I see it, there are two parts to the question. Why are they working for Picard, and in apparently subservient roles? AND How are they permitted by Authorities to be so close with Picard?

To answer the 2nd part, Picard is no longer part of Starfleet. Starfleet does not control Earth, and nor does the Federation. So those who might object to this close association, would have no authority to stop it.

The first issue is a little more complex.
As a general rule, you'll notice that Star Trek often downplays technology in order to illustrate individual characters.
We see in some episodes that a single individual can operate a starship simply by issuing computer commands, but tat doesn't stop them having a huge clue. After preliminary scans their first investigative tactic is to deploy an away team, when sending drone or probes would be much safer and more efficient.

From their familiarity, we're to assume that the Romulan pair are Picard's friends. They share his accommodations and provide him with company. They're assigned "roles" to give them a bit more "humanity" and context, rather than simply depicting everyone sitting on their bums being served by replicators.
If we delve more deeply, in a society where such menial roles have been abolished, the implication is that they choose to look after Picard, as one might a Parent or Uncle.
(One thing they haven't shied away from, is depicting Picard as he is, OLD.)

As for the Tea, the line is iconic, that's why it's there.

One further point regarding the tea. It is easy to imagine that in a future dominated by technology, humans might take comfort in still performing small function manually. Especially since the ritual of making and serving tea is enshrined in many cultures.

After reading the comics that are a prequel to Picard, I can only assume it's because the Romulans had nowhere else to go, Earth and the federation had to accept their presence on earth and they took to Picard as the one who tried to save them.

Not the answer you're looking for? Browse other questions tagged star-trek romulan star-trek-picard or ask your own question.

11
In the Star Trek universe, why is cloaking technology so rare?

4
Why didn't Spock save the Romulan Empire by going back in time?
11
In which episode of TNG does Data take command of a Starship as part of a Federation Blockade?
16
What made Romulan Ale Romulan?
34
Why does Starfleet allow racism and speciesism?
2
Why didn't the Voyager crew take the shortcut in Prime Factors, abandoning the ship?
11
How is this mild Picard spoiler possible?
10
Did previous Star Trek series establish Romulan distrust of androids?
8
What exactly are Romulan interests in the Borg Reclamation Project?
4
Where are the warp nacelles on the new Romulan ships in Picard and the Klingon Birds of Prey seen throughout the series?
7
Did the Preservers/Progenitors spread to the whole galaxy or just parts of the Alpha and Beta quadrants?