What is the deal with Commodore Oh's name?

In Star Trek: Picard episode 2, "Maps and Legends", we met Commodore Oh who appears to be very high in (the head of?) Starfleet Security or Section 31. 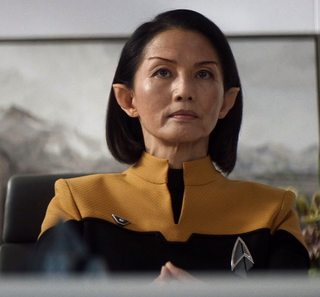 Objects on her desk and her position indicate she is

posing as (or is) Vulcan and events of the episode demonstrate she is a Romulan (Zhat Vash) operative.

Now, what's unusual here is that her name is a typical Earth Korean name. (The actor's name, Tamlyn Tomita, appears to be of Japanese origin.)

So, how to we reconcile this?

For what it's worth, here's a list of known named Vulcans. Their names are typically two syllables and start with S, T, or V. This is nothing like the consonant-free single-syllable Oh.

Michael Chabon (Picard showrunner) posted a video on Instagram answering some fan questions. Nothing about Oh's name origin in the video, but people asked many more questions in the comments section.

One question was directly related to the origin of Oh's name and race. 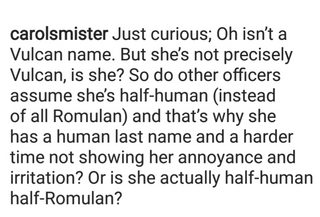 And this was Mr Chabon's response. 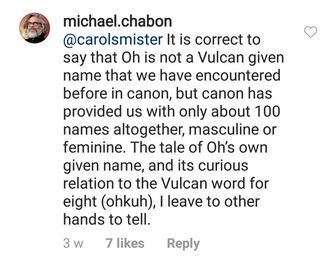 So we can glean several things from this.

The name Oh is of Vulcan etymology, in particular its relation to the Vulcan word for eight, and there is a tale behind this name. Whether this is a tale of why her parents chose the name or why she chose it is still undisclosed at time of posting. But why someone would name themselves after a number is beyond me.....oh wait.... ummm..... 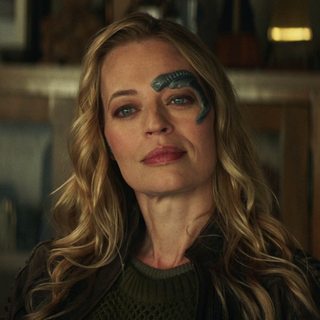