I have a recollection of a couple of panels from a Green Lantern comic depicting a Lantern offering another character an alien beer/brew out of a crate. I have no other memory of the plot. Judging by what I remember of the art, this would likely have been published after 2000, possibly during the Geoff Johns years.

The two characters may have been on Mogo, and the second one might have been a relative of the Green Lantern, but that may be influenced by my recent re-reading of the Controllers arc (starting from Hal Jordan and the Green Lantern Corps #33, 2017).

The Green Lantern, who I'm fairly sure was human, praised a special kind of alien beer/brew and suggested they had one; I remember him being Hal Jordan, but Guy Gardner is also very likely. I strongly doubt it would have been John Stewart or Kyle Rayner, and I don't think Jessica Cruz and Simon Baz even existed at that point.

I had Hal, Mogo, and the relative part right (the other one is Hal's brother, Jim). What I had wrong is that this is post-Geoff Johns, and Simon Baz already existed; it's actually him who brought Hal's family on Mogo to visit him, as Hal could not go back to Earth, which was in Red Lantern territory.

The beer is Khundish ale. 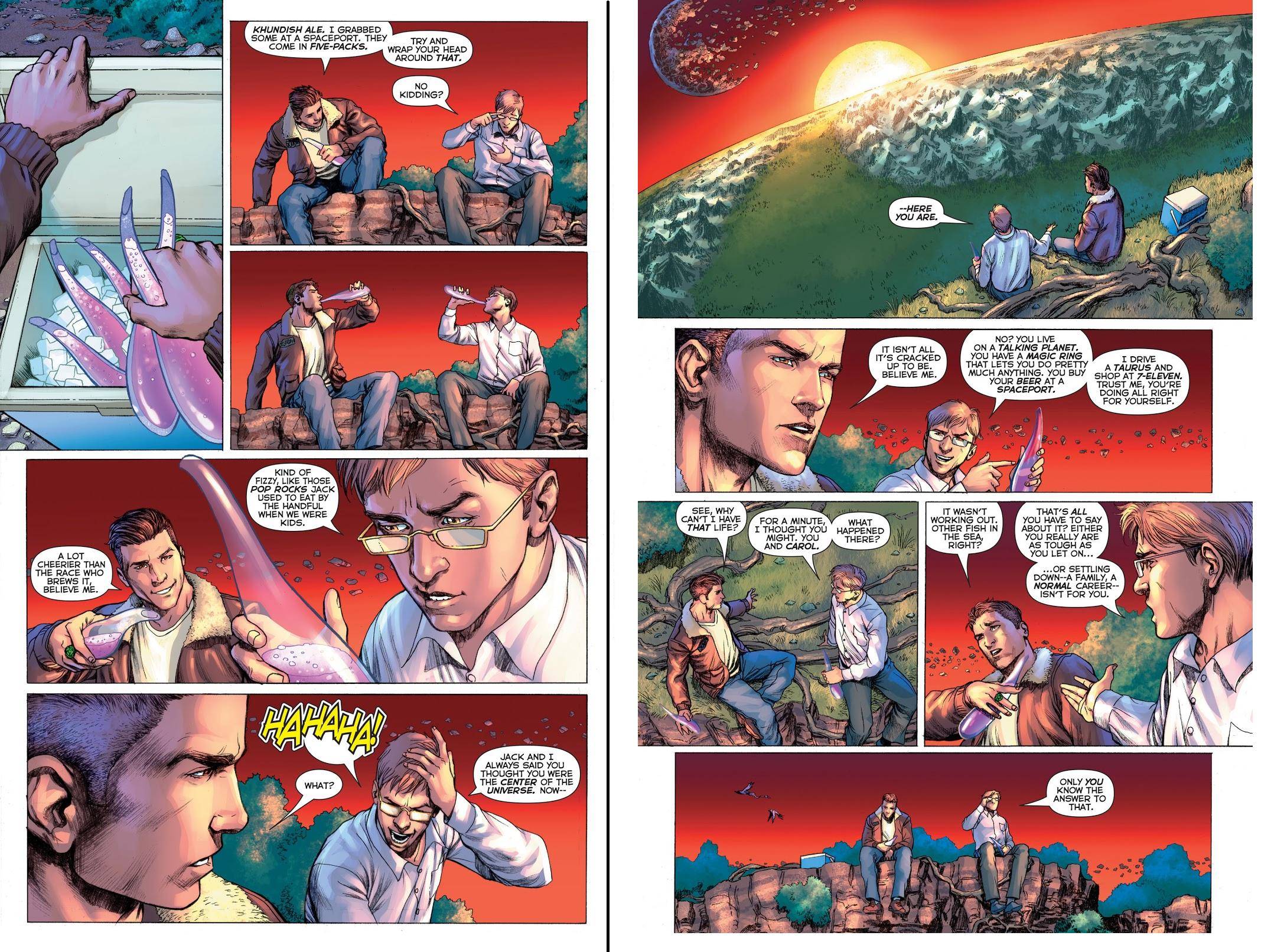 Not the answer you're looking for? Browse other questions tagged dc comics episode-identification green-lantern or ask your own question.