What is a “standard orbit” in Star Trek?

Anything in canon would be great.

I took the following pic tonight when I was watching "Tomorrow is Yesterday". I never knew the moon was so close either! 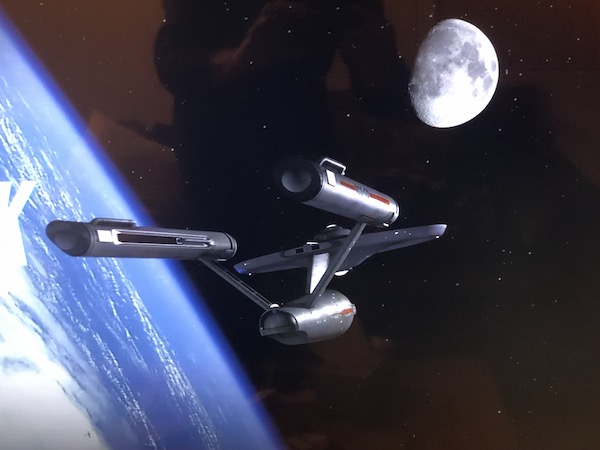 According to the Star Trek Star Fleet Technical Manual, a 'standard orbit' is a circular orbit approximately 40% of the distance of the radius of the planet from the surface of the planet. 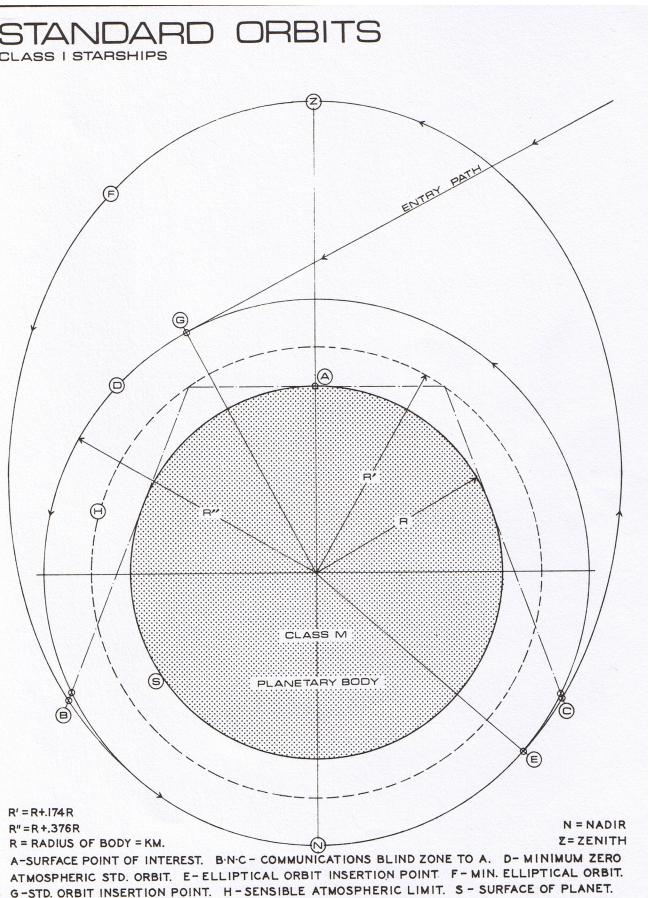 It also identifies a standard elliptical orbit, should the need arise.

No idea of canonicity, but the old Star Trek Concordance states:

The Enterprise usually takes up standard orbit around a planet; depending on conditions or needs, this can be a distance of from one thousand to seven thousand miles out.

There are several forms of orbit; some of them are referred to by Starfleet personnel with names like "standard orbit" or "high orbit."

This seems to imply that "standard orbit" and "high orbit" are synonymous or at least somewhat related; "high orbit" is classified as distinct from synchronous and stationary orbits, and is described as

a form of orbit in which the starship maintains a large distance from the planet's surface for safety reasons but is still close enough to use the transporter. The USS Voyager parked in high orbit over Earth, when it visited the planet in 1996, at an altitude of 20,000 kilometers.

Then it is speculated that

it is safe to assume that standard and high orbit are simply orbits with a set of predefined speed and altitude parameters.

Also, probably the exact distance from a given planet could be affected by its size, mass and gravitational pull.

In the English language an orbit is:

Definition of orbit (Entry 2 of 3)

1a: a path described by one body in its revolution about another (as by the earth about the sun or by an electron about an atomic nucleus) also : one complete revolution of a body describing such a path

b: a circular path

Note that the definition says nothing about the physical forces creating the orbital path of the object.

In astronomy and astronautics, an object in a orbit is moved by a combination of the gravitational forces on it and its initial velocity. If a spacecraft is given a high enough orbit around a planet by its initial orbital insertion it can stay in orbit for years, decades, centuries, millennia, or even millions or billions of years. If the orbit is too low, the spacecraft may face orbital decay due to atmospheric friction and may have to reapply power to stay in orbit or else fall out of orbit and crash, perhaps in days or hours. Except for the possible necessity to periodically increase its orbital velocity to counteract orbital decay, a body in an astronautical orbit has no need to use propulsion to stay up.

In aviation orbit is a verb:

(as a verb) to perform a 360° circuit usually in order to delay: for safety reasons, the ATC will tell the pilot whether to orbit left or right.

There is also a procedure known as an "orbit", where an aircraft flies a 360° loop either clockwise or anticlockwise. This is usually to allow greater separation with other traffic ahead in the pattern. This can be the result of a controller's instruction. If at the pilot's initiative, the pilot will report e.g. "(tail number or flight number) making one left-hand orbit, will advise complete".

So in aviation, making one or more orbits is a maneuver that an airplane can make. And an airplane while flying in an orbit, like whenever it is flying, needs to be powered at all times. If an airplane in flight looses power, it will begin to fall; if power is not restored in time, the airplane will touch the ground, in either a controlled glide to an emergency landing or an uncontrolled crash landing.

Since some of the creators of TOS had aviation backgrounds, they may have imagined that many TOS orbits were not astronomical or astronautical orbits around celestial bodies, but were aviation orbits where the starship was held up by constant application of power. So there were a number of TOS episodes where the Enterprise lost power due to enemy interference and began to fall from orbit with only hours to go before destruction.

So one might speculate that possibly in those cases Enterprise was not orbiting around the planet in an astronautical orbit formed by initial velocity and gravity, but was hovering in space - held up by constant application of engine power - above a point on the surface of the planet, perhaps to have line of sight for communications and transporters if there was a landing party at that point on the surface of the planet. And for some reason Enterprise didn't stay still at that point but orbited or circled around that point in space above the planet in a path or orbit with a diameter of just a few kilometers or miles.

The reason for all this odd behavior may have been some arcane function of the transporter system.

At other times, the Enterprise may have put itself into normal astronautical orbits around various planets, and the decisions about what type of orbit or "orbit" to use would no doubt be based on various technical factors.

As far as I remember, in other Star trek productions starships were never in danger of falling out of orbit if they lost power. That may be because those starships always used astronautical orbits around planets, or because they never encountered enemies who sucked power out of their engines while they were using powered aviation type obits above planets. For what it is worth, the "orbital" special effects in those other Star trek productions often looked similar to those in TOS.

So it is possible that a star ship can assume a normal astronautical type of orbit around a planet, or take up a totally different powered aviation type "orbit" around a point above the surface of the planet.

Not the answer you're looking for? Browse other questions tagged star-trek orbital-mechanics or ask your own question.

45
Why do Star Trek vessels always approach each other on parallel planes?
13
How were the planet (from orbit) special effects produced in the original Star Trek built?
17
Are there any human Star Trek characters who have native languages other than English/Federation Standard?
28
Do medicine kits in Star Trek have new kidney pills as standard?
5
TOS Galileo Seven decaying orbit problem
13
What did Enterprise do while the away team was underground on Regula?
9
Why Didn't Gallifrey Throw Earth Out of Orbit?
7
Why was 'Space Station V' in Low Earth Orbit?
11
Has there ever been a warp / non-warp collision?