What is the range of the Astronomican?

To help answer another question here What's the biggest expansion of the Empire of Man before the Horus Heresy?

I looked online to try and find the stated range of the Astronomican; however, in 3 different non-official places I have seen 3 stated ranges, 30,000 - 70,000 light years.

Has it been stated in any official GW source material how far the emperor’s lighthouse can be seen?

I don't think there was ever an official statement about it, as GW likes to be obscure and not fix information that is not required to be fixed. But we can calculate it.

Earth is around 26'000 light years from the centre of the milky way:

The black hole known as Sagittarius A* (Sgr A*) is situated in the middle of the Milky Way, just 26,000 light years from Earth, according to NASA. Scientists observing the black hole for four days in April and May of this year using the Keck II Telescope in Hawaii saw the event.

We know it does not reach the Ghoul Stars:

This region of space lies almost entirely beyond the light of the Astronomican, which is used by Imperial Navigators to guide vessels while travelling in the Warp.

but the T'au Empire is:

The Tau Empire borders the Imperium of Man, and lies within the reach of the Astronomican.

With that information, we can draw a map: 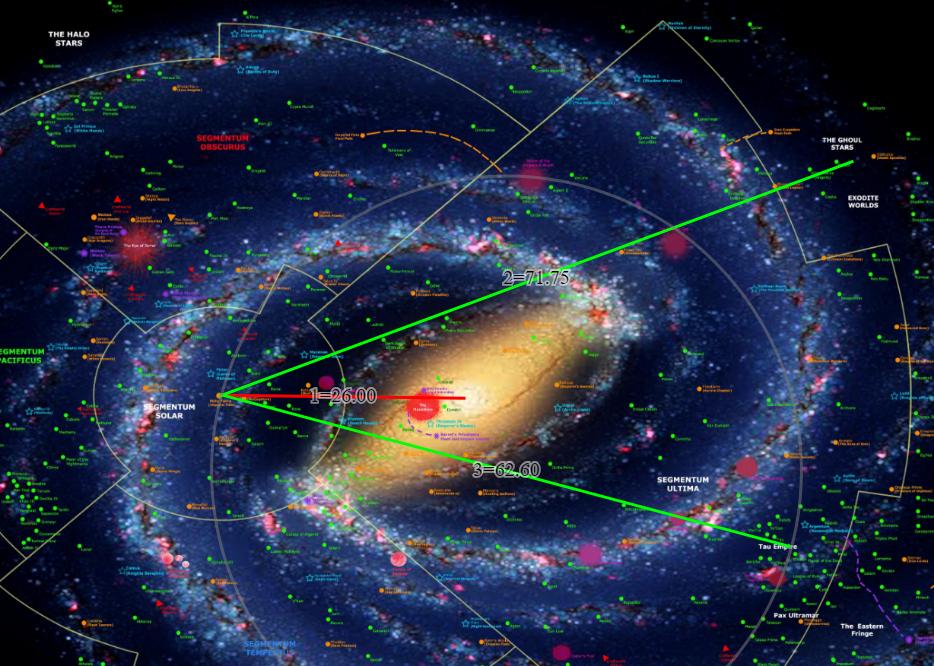 3
What's the biggest expansion of the Empire of Man before the Horus Heresy?

2
What is the deal with Kolea/Dalin?
12
What is the origin of the Emperor of Mankind?
6
What are the names of the Current Lords of Terra?
0
What are the Blood Pact / Sons of Sek ranks?
4
What happened to the Conversion Beamer?
2
What species are a part of the Farsight Enclave?
3
What book did The Emperor speak with The Ultramatrine Primarch?
5
What is the reason for the Independance of The Farsight Enclaves?
3
What was possible during the Dark Age of Technology?
6
What did the emperor do before becoming the Emperor?