In Star Trek: The Original Series Enterprise visited the past in two episodes, Tomorrow is Yesterday (when the crew were thrown back in time to Earth during the 1960's by the effects of a high-gravity "black star") and in Assignment: Earth. In the latter episode the crew were engaged in "historical research".

Which Starfleet body in The Original Series authorises such research and how often is the decision to visit the past (which must be fraught with danger) made?

tl;dr - There is no canonical explanation whether restricted to ST-TOS sources or not. There may be sufficient information to make one or more educated guesses such as the Daystrom Institute or the Temporal Integrity Commission depending on what level of information is allowed.

The closest ST-TOS only in-universe candidate would likely be the Daystrom Institute. While specific references to time travel research do not exist, the institute does appear to be the Star Trek equivalent of a DARPA-like think tank. It had existed as early as 2256 and was referenced in the ST-DIS series (S01E05) that predates ST-TOS in the Star Trek timeline.

The Daystrom Institute, also known as the Daystrom Institute of Advanced Robotics, Daystrom Research Institute, Daystrom Institute of Technology, and Daystrom Technological Institute, was a Federation establishment that existed as early as the 23rd century and was based in Okinawa, Japan. (DIS: "Choose Your Pain"; PIC: "Remembrance") It was considered a department within Starfleet. The Institute was named after Doctor Richard Daystrom, who invented the duotronic computer and attempted unsuccessfully to create the first multitronic computer. The institute employed both Starfleet personnel and civilians who were scientific and research specialists in their fields of study. The movement of Starfleet personnel in and out of this organization was governed by the Starfleet Transfer Regulations. The institute was divided into divisions (for example, the Cybernetics Division).
source: Memory Alpha

However, your question is working under the assumption that only an agency of the time travellers' originating timeline could grant or govern time travel research. Any in-universe explanation encompassing all of the Star Trek franchise (which must take into account time points in the past and future) cannot exclude other interested parties from travelling back in time to directly or indirectly influence the time travel 'research project' no matter whether the time travel was accidental or not. Two such parties already in canon would be the Department of Temporal Investigations (circa 24th century) with investigators Dulmur and Lucsly and the Temporal Integrity Commission (circa 29th century) with Captain Braxton of the USS Relativity. 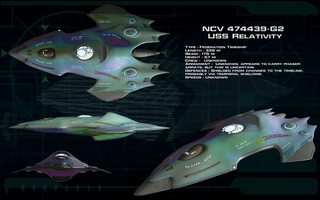 So there is no canonical answer whether restricted to ST-TOS or not. In-universe, the lack of an overt, official time travel regulatory agency in the 23rd century could be at least partially attributed to Starfleet's close but often contentious relationship with the Vulcan Science Directorate who "found no evidence that it [time travel] existed or that it could exist, ultimately believing that its concept was 'illogical'." (source). Creating a conspicuous official time travel research body would almost certainly be viewed as insulting and precipitate the recall of Vulcan scientists involved in unrelated research work.

If restricted to ST-TOS the 'best guess' would be the Daystrom Institute or one of its subsidiaries. If not restricted to ST-TOS, then the future's Temporal Integrity Commission would almost certainly have played at least the minimum role of observer in any time travel research that could affect future events.

I'm discounting the Department of Temporal Investigations as a viable candidate because there is no evidence that they were either around at the time of ST-TOS or used time travel to visit the ST-TOS time period in order to shape any ST-TOS time travel event. Dulmur and Lucsly's role as investigators seems closer to the record keeping of 'unscheduled' time travel events and possibly meting out reprimands and/or punishments for timeline altering incursions made by people in their own time period. This 'hands-off', third party involvement is in sharp contrast to the Temporal Integrity Commission's direct participation and manipulation of multiple time travel scenarios.

The Animated Series episode Yesteryear features historians using the Guardian of forever with no special qualifiers as to belonging to anything but the federation and starfleet . I doubt in the TOS era there was enough time travel to justify a new department since there's no evidence in universe as portrayed in the 1960s (ignoring prequels) that time travel was considered possible. Kirk's Enterprise discovered both the slingshot effect and the Guardian of Forever.

|share|improve this answer
answered Feb 20 at 2:22

23
Why Did Scotty Not Go Insane?
5
How many alternate Star Trek timelines have been presented to us onscreen in the Franchise?
15
Did Edith Keeler really have to *die*?
15
Story about a temporal research station, lots of time travel
9
Does “The Naked Now” refer to any particular TOS episode?
13
In Star Trek, why does Capt. Christopher lose his memory when the Enterprise beams him into his fighter jet?
9
Why do ships in Star Trek ToS not have seat belts?
7
Why did some vessels in the 23rd Century use unique assignment patches?
3
Were any other lengths of time given for the period between the present and The Original Series?
6
Did Spock help create the gene pool for Sarpedion?