Does Lin from Spirited Away have a Chinese or non-Japanese name? 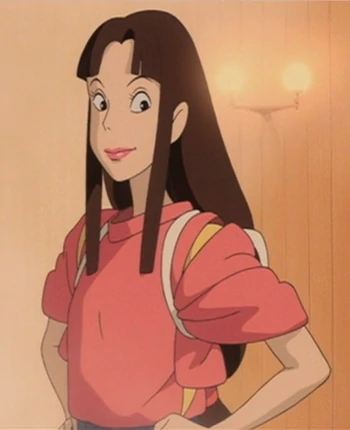 Lin's name does not sound Japanese to my ears. It's also written using Katakana (リン) whereas Japanese names are normally written using Kanji. Katakana is used for words of non-Japanese origin such as loanwords or foreign names.

Lin is a Chinese surname (林), so I'm wondering if Lin's character could be of Chinese or Taiwanese origin.

The town of Jiufen in Taiwan was the inspiration for the setting of Spirited Away. Is it known whether Lin also has a Taiwanese inspiration?

I haven't found any word by the creators as to why it is written in katakana, but Rin actually can be a Japanese name. It's possible that as you say, it is because the name is of a foreign origin, or a fantasy name, but also Japanese people sometimes use hiragana or katakana instead of kanji for their given names. The reasons are various, such as they dislike the look or the meaning of the kanji, but they like the sound of the name.

At any rate, despite her looks, Rin isn't actually supposed to be human at all, like all the regular inhabitants of the spirit world, but rather she is a slug woman, like the others you see in the movie. Therefore, I think it's unlikely her name is supposed to be from a foreign origin such as Chinese or Taiwanese, but mostly that's because I get the impression the spirit world has a fantasy culture that is rather similar to Japanese culture.

Not the answer you're looking for? Browse other questions tagged spirited-away or ask your own question.