Anthology series with suspended animation and a galaxy-wide empire?

The stories within the anthology consist of different time periods and perspectives from within the "empire". I'm pretty sure the empire is built based on a technology that allows suspended animation, possibly with the person's memories recorded on tapes

There was a story focused on an artist and one focused on a queen (leader of the empire?) who is only brought out of suspended once every x (100? 400?) years to see the progress and approve things. I believe that at least one of the queen's lieutenants is scheming against her. There was also the emergence of telepathic humans that threaten the empire and are destroyed (that last part might not be accurate, but instead another book getting mixed up in my memory). Overall, the series seemed to provide most of the focus on individuals within the society rather than on the society-wide moves.

This might be The Worthing Saga (1990) by Orson Scott Card. It consists of one novel and a number of short stories, which might explain why you recall

different time periods and perspectives from within the "empire".

(I leaned heavily upon Wikipedia to augment my meager memory).

Society is based on "lengthening" one's life by going into suspended animation using a drug called Somec. The more valuable one is, the more downtime they get for the uptime, thus stretching their existence longer.

There was a story focused on an artist

"Skipping Stones" is about an artist too poor to sleep with Somec, but whose art benefits from his living a normal life.

one focused on a queen (leader of the empire?) who is only brought out of suspended once every x (100? 400?) years to see the progress and approve things.

"And What Will We Do Tomorrow" involves Abner Doon, one of the protagonists, meeting the Empress at her awakening - and admitting he's about to tear the empire apart. She is only awake 1 day out of every 5 years.

Another protagonist, Jason Worthing, is one of the few telepaths who survived the Empire's purge of them. When Abner Doon broke the Empire, he sent Jason off who then fathered a super-race of telepaths and telekinetics; at a later date, they judge themselves unworthy and accept destruction. This story is told in "The Worthing Chronicle".

A reality star recording their entire life and selling it being talked into "one more day" to be set for life.

"Lifeloop" deals with a reality show actress living a single show from wake to sleep so deeply that she rejects a suitor (thinking he was acting), but later wakes to find he was not.

In "Breaking the Game" Abner Doon famously took over a master gamer's positions during the gamer's downtime and managed to destroy a near-perfect winning position, as practice towards his goal of dismantling the sleep-based Empire. This short story was the answer to this question here.

Also, depending on age, published as under the anthology Capitol (1979) by Orson Scott Card. 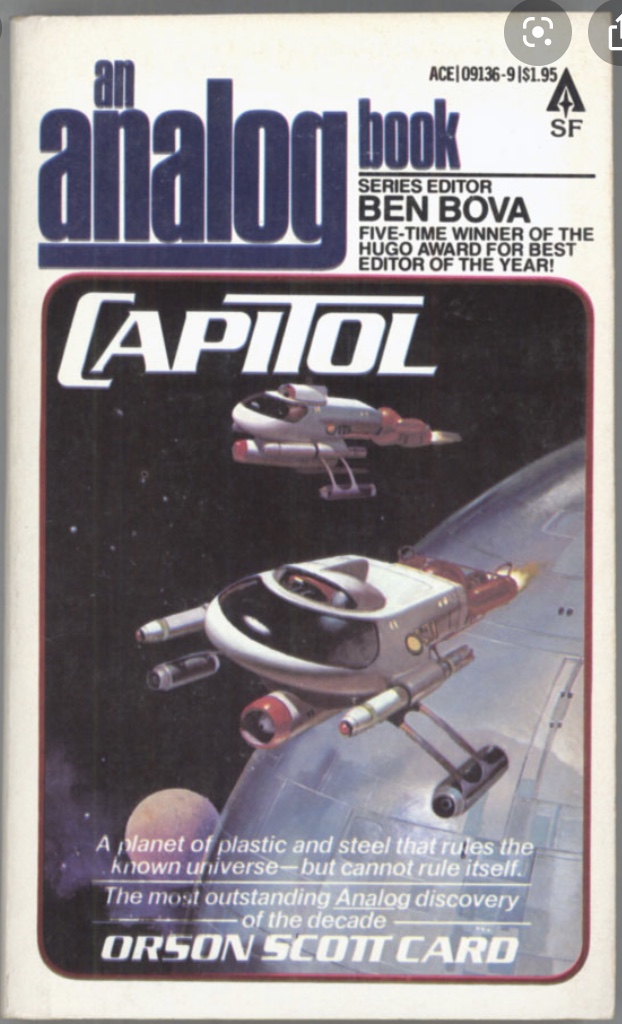 This collection just had the short stories involving Somec and the sleep skipping on Capitol. The Worthing Chronicles interwove these stories into another larger novel, set much later in the future, after the destruction of Capitol.

Not the answer you're looking for? Browse other questions tagged story-identification books anthology-book or ask your own question.

7
Neuber’s Italy; civilization game where players take on the role of world leaders