Does the Avatar comic "The Search" contradict Zuko's illness from Book 3 of the cartoon?

If you haven't read the comic The Search, I advise stopping reading, because I will reveal a big spoiler (hidden).

During many episodes of the third season of ATLA (Book 3: Fire), Fire Prince Zuko is not well. He can't understand the reason, and he can't ask his uncle because he's mad at him, and Iroh is in prison.

When he receives vague mysterious clues, and he has no other choice, he goes to see his uncle in prison, finally uncovering the truth of his illness: the reason he feels that way is that he is a descendant of two very conflicted and powerful bloodlines - Fire Lord Sozin from his father's side, and Avatar Roku from his mother's side, and this conflict is now raging in him.

Of course when he realizes that, he magically gets better when he chooses the "right path".

So far so good, everything makes sense, and then you read the comic The Search where you learn that

Zuko is not even the son of the fire lord Ozai. Now it is stated in the comic that Ozai knew this, but it was not stated if Iroh did.

If he did know this, why would he give Zuko advice that he knew would not be relevant?

If he did not know, why did his advice work?

No plot hole here, Zuko is very much Ozai's son.

It's revealed further in the comic that Zuko's mother, when sending the letter to her former lover saying they had a son, was deliberately lying. The goal was to force Ozai into admitting he was reading her mail.

Her former boyfriend would know it was fake as they never had sex. 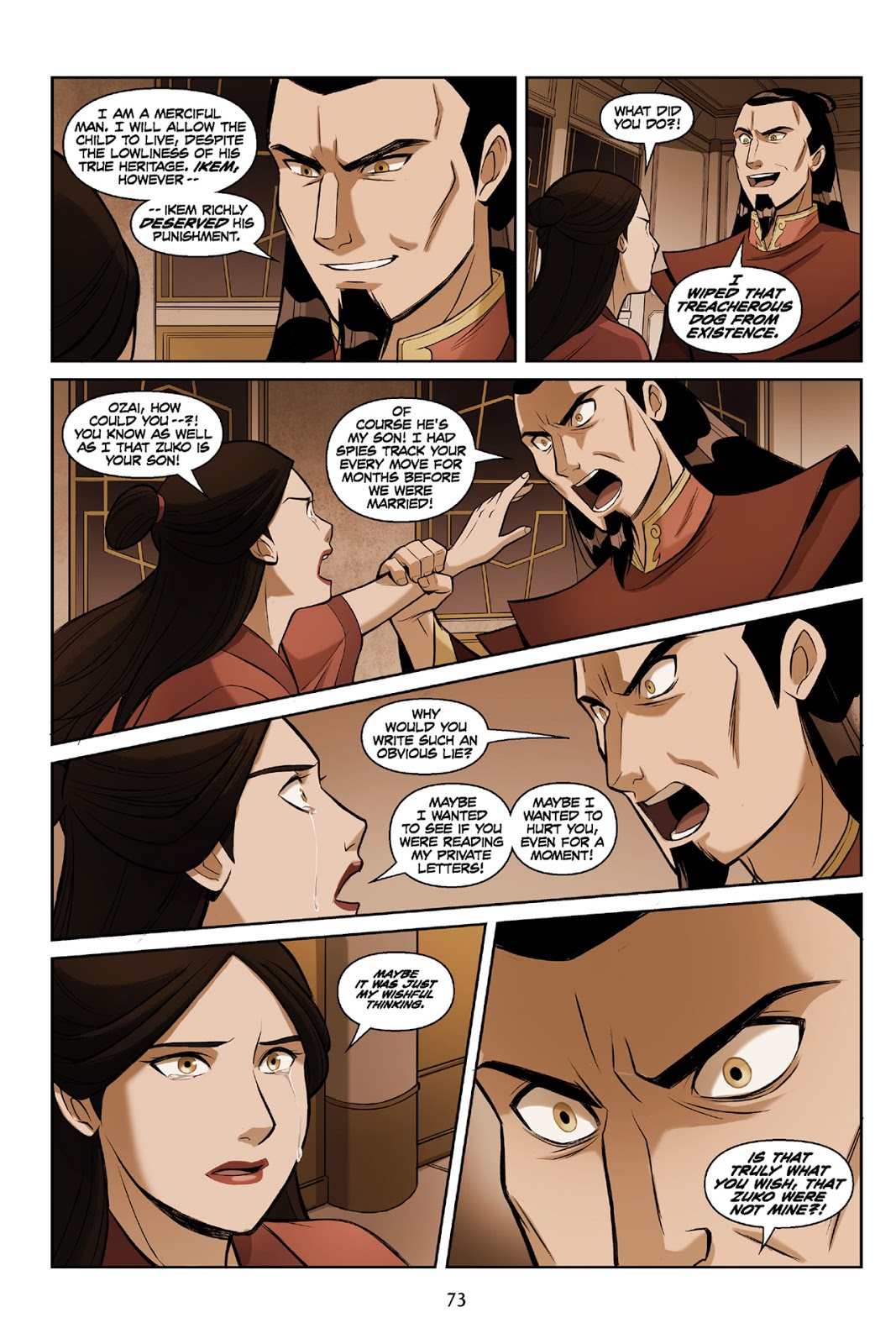 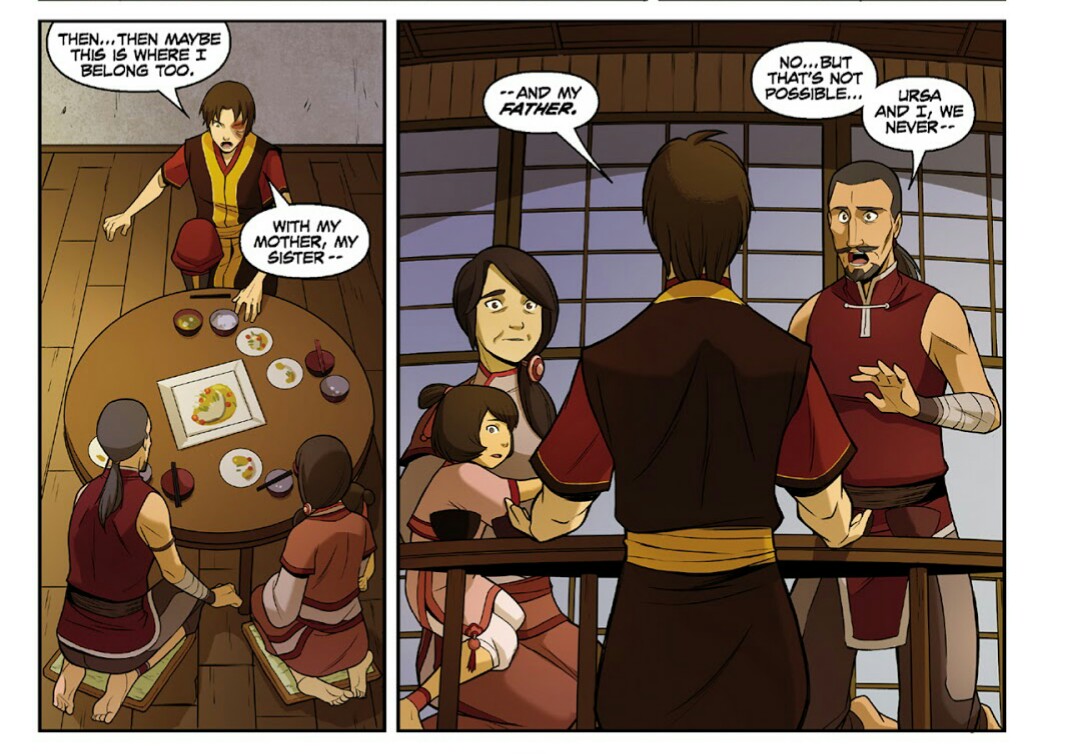 Ozai is the father of Zuko, his mother only stated the opposite in the letter because she suspected Ozai was reading them and wanted to confirm if that was the case or not.

So the advice is still relevant.

In addition to the answers that clarify that Zuko indeed is Ozai's son, I'd also add that to me it always seemed that the conflict Iroh describes as a fight between Zuko's bloodlines is basically him putting Zuko's inner moral conflict into a metaphor that makes it graspable. Both his powerful ancestors stood for a different moral view and that same fight is raging in his subconsciousness waiting to be resolved.

12
Why didn't Iroh inherit?
6
What inspired the hybrid animals seen in the Avatar cartoon?
52
Does killing off all airbenders break the avatar cycle?
11
How did Iroh deliver the "Secret History" message to Zuko while imprisoned?
3
Why didn't Prince Zuko's mother stop the Fire Lord from scarring him?
5
Shouldn't Ozai have remained "Fire Lord"?
3
Why did Ozai confront Ursa (The Search Part 2)
3
Are there any canon indications that an Avatar's personality is influenced by their previous life?
2
Why wasn't a search party sent for the Avatar?
7
Why weren't there any northern tribe waterbenders among the invaders during the solar eclipse?