Horror novel about an immortal snake-woman, feeds on blood and can take over human bodies

This was a paperback I read back in the late 80s-early 90s, out of my dad’s collection. It may have been published earlier. Not a typical incubus-succubus story, the main villain is a mythological immortal, half woman half-snake creature, possibly called Lamia or Naga, who feeds on blood and can possess people's bodies.

The plot I can remember: The protagonist is a single woman with a teenage son. The creature possesses the body of her sister and then comes to stay with them. The woman begins to notice odd things, and the sister begins killing random people, transforming from human into its snake woman form and draining them of blood. The first of the attacks is a girl from the local high school, very athletic, and the creature finds the smell of her blood irresistible.

More people die. There is a hint of a past lesbian relationship between the protagonist and another woman—the other woman ends up being targeted and killed by the creature as a warning not to pry. At some point, the sister leaves and takes the teenage son with her and seduces him. He returns later, but the only thing he remembers is ‘she kept putting me to sleep.’

The woman contacts the sister’s employer and discovers that her sister had been ill for several weeks before coming to see them. I think she learns about the creature possessing her and decides killing her sister is the only way to stop the evil. Thinking that’s the end she walks to the body, but the creature is waiting for her, thinking something like ‘It was a good body” and starts to speak the words for possession. The story ends.

This stuck with me because the creature was unusual. I thought it might be called ‘The Lamia’ but the only book I could find with that title was nothing like the plot.

No name or author I can recall, nor cover art. My dad did a lot of collecting from yard sales, so the cover may have been missing. Any help recalling this would be greatly appreciated!

The name of the book is 'Ludlow's Mill' by R.R. Walters. A grateful shout-out to Will Erickson--'Paperbacks from Hell' author--and his blog Too Much Horror Fiction. He circulated my question among his readers and one of them came up with the title and author, and even the front and back covers. Happy to have found this again. 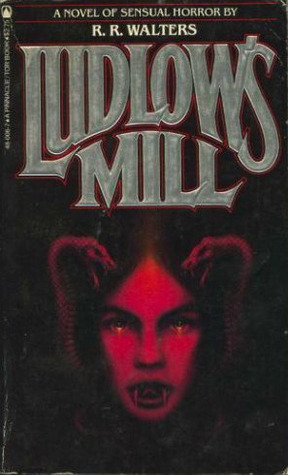 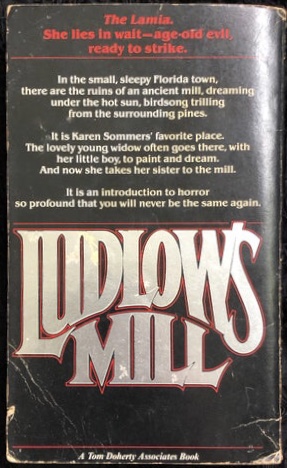 Not the answer you're looking for? Browse other questions tagged story-identification novel horror or ask your own question.

8
Book about a boy and future earth?
30
Sci-fi novel about biological computers put into people's heads, making assassins
3
Book about apocalyptic event involving aliens
7
Fantasy book: Street kid who trains to become a dueler
18
Old SF novel about a white-haired young woman, alien or half-alien, who tutors human kids
9
Book(s ?) about Succubi in England
15
Christmas short horror story about a woman who becomes trapped in another body?
10
Horror film with a pregnant woman strapped to a bed and creatures that don't like light
21
Intellectually simple man crosses space border that kills the rest of the crew