Looking for the name and author of a short story I read back in the 80s. It was in a sci fi anthology possibly for young adults.

The story was about a spaceship full of teens - boys and girls. There may have been a few adults looking after them. I cant recall why they were travelling. I believe it was a long journey but a relatively small ship (I don't recall many characters).

The story revolves around relationships the boys and girls are getting into. At one point the boys are given small furry pets (possibly the girls as well). The boys then lose interest in the girls but the girls don't understand why. One of the girl then walks in of one of the boys who is, lets say, getting to know the pet quite well. Turns out they were given to the boys to distract them from the girls.

I remember a certain amount of slang being used in the book - I believe the pets were called Vajs (subtle huh?!).

It was a really weird story and quite an unexpected ending!

I haven't googled much as I can't think of any search terms that won't instead bring up any results I really don't want to see...

Is it possible you're talking about "All My Darling Daughters" by Connie Willis, included as part of her book, Fire Watch, and also in Terry Carr's Best Science Fiction of the Year #15?

"All My Darling Daughters" is the most disturbing story in the collection. Set on a boarding school in L5 orbit, it is told by a female narrator who has just been assigned a new roommate. The story revolves around the mystery of her roommate and the strange animals (“tessels”) that the boys are carrying around… this is much nastier than the other stories, but I thought it was powerful.

Some of the covers do have a fair amount of red and black. 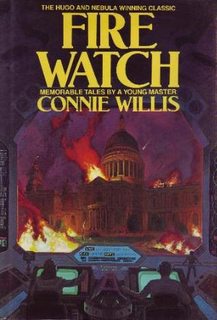 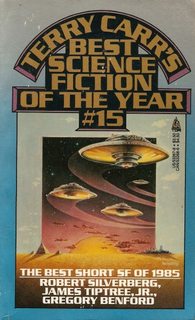 They do use the term "vaj", but to refer to actual vaginas.

She was in no shape to take the sheets down herself, and I figured Mumsy would take one look at those big fat tears and assign me a new roommate. This one was not exactly perfect. I could see right now I couldn’t expect her to do her homework and not bawl giant tears while Brown and I jig-jigged on the new sheets. But she didn’t have leprosy, she didn’t weigh eight hundred pounds, and she hadn’t gone for my vaj when I bent over to pick up the sheets. I could do a lot worse.

Found by searching for science fiction novel "a vaj"

Excerpt with a slightly more explicit explanation of their purpose.

The tessel had been asleep on the foot of the bunk, its gaping pink vaj sticking up. It crawled onto my lap and lay there. I picked it up. It didn’t resist. Even with it living in the room, I’d never really looked at it closely. I saw now that it couldn’t resist if it tried. It had tiny little paws with soft pink underpads and no claws. It had no teeth, either, just the soft little rosebud mouth, only a quarter of the size of the opening at the other end. If it had been enhanced with pheromones, I sure couldn’t tell it. Maybe its attraction was simply that it had no defenses, that it couldn’t fight even if it wanted to. I laid it over my lap and stuck an exploratory finger a little way into the vaj. I’d done enough lezzing when I was a freshman to know what a good vaj should feel like. I eased the finger farther in. It screamed. I yanked the hand free, balled it into a fist, and crammed it against my mouth hard to keep from screaming myself. Horrible, awful, pitiful sound. Helpless. Hopeless. The sound a woman must make when she’s being raped. No. Worse. The sound a child must make. I thought, I have never heard a sound like that in my whole life, and at the same instant, this is the sound I have been hearing all semester. Pheromones. Oh, no, a far greater attraction than some chemical. Or is fear a chemical, too? I put the poor little beast onto the bed, went into the bathroom, and washed my hands for about an hour. I thought Zibet hadn’t known what the tessels were for, that she hadn’t had more than the vaguest idea what the boys were doing to them. But she had known. Known and tried to keep it from me. Known and gone into the boys’ dorm all by herself to steal one.