This is a young-adult book that I read in approximately 2006 (definitely before 2010), in English, but cannot remember the name of. The setting is medieval-ish fantasy (similar to the Abhorsen / Belgariad / Inheritence Cycle series), and the ending seemed to be trying to lead into a sequel. It always slightly annoyed me that there were so many questions left open at the end - which, I suppose, was the author's intention!

The protagonist is a teenage girl who starts the book living in a small walled village with a dictatorial leader. The girl was not born in the village, but she and her mother had moved there when the girl was very young. The mother has taught the girl some things, which means she is better educated than most of the villagers - I think she might provide basic medical care? At the start of the book, one of her jobs is to look after and milk the cows.

One day a traveller who comes through, and is surprised by the girl's education. He also deduces that she has an ability to use magic which he can also use (she detects him when he should be invisible, in the cowshed), and the two of them escape the village. The girl's mother is either dead, or unable to escape with them.

They spend some time in a town where she studies to catch up on her education - the town is constructed in a series of concentric circles, with each "ring" having a different purpose. While there, the protagonist has her first period (fairly late in life - it is implied that she had been unconsciously supressing it, because it was seen as a "bad sign" in the village), and her companion panics - the woman that they are staying with helps the girl, and teases the man for his reaction.

They later travel to a large city where the magic-users have a council. While there, they discover the girl's long-lost brother. The leader of the magic council tries to prevent the protagonist from learning magic in a set of scenes which, at the time, put me very much in mind of Jedi Council in "The Phantom Menace". He is very misogynistic, and has tried to prevent any women learning magic, which is causing some strife on the council.

The girl finds out that she is a prophesied "chosen one" - her mother fled to the remote village when their city was destroyed. The leader of the magic council was one of the people who did this (because of the prophecy) and captured her brother, mistaking him for the subject of the prophecy. Being a sexist moron, he didn't even consider that it might be the girl, and it pretty much undermines his entire ideology.

At the end of the book, there is some sort of battle in the city - possibly because the girl reveals what the council leader did. The girl sneaks through a hidden passage to a dock, where she escapes on a boat.

I get a vague feeling that there was some association with a gemstone, either in the title or the cover image, and an even vaguer impression of the colours red and grey - but these could be from a completely different book that I read at around the same time.

It's The Gift by Alison Croggan, part of the Pellinor series.

The girl is called Maerad and the man who finds her is called Cadvan. The ringed city is Innail and they go there for her to start her training. They do meet her brother (Hem) and at the end are leaving for an island.

I remembered the bit about her starting her periods too, and also eating mushrooms for the first time.

Here's the Wikipedia summary and you can read the first few chapters here. 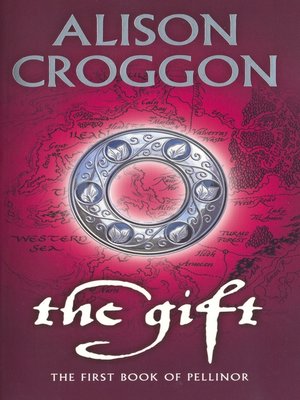 6
Book - Title mentions a falcon or peregrine, cloak on the cover, includes menstruation as a teen problem