Would lightning be an effective weapon against Cybermen?

I've heard humans now have the technology to change weather patterns, like dispersing chemicals into cloud formations to make it rain.

Would electricity from lightning kill Cybermen or would it do nothing to them?

Yes, it was very effective.

In the Doctor Who Magazine comic strip The Cybermen: The Dark Flame (1995), lightning, directed by sentient planetary defences, proves to be a most efficaceous weapon against a small group of Cybermen, killing several of their numbers instantly. 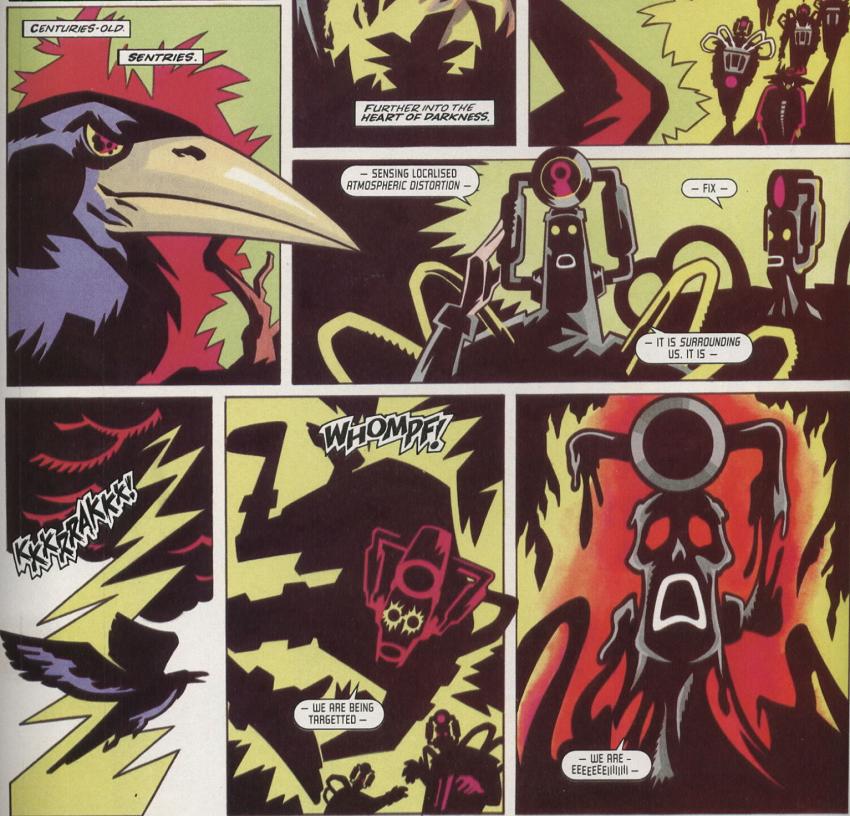 In The Haunting of Villa Diodati (season 12 episode 8, 2005), the lone Cyberman uses the lightning to charge himself up, without dying or being disabled.

EMP or Electricity? Kind of...

During the time of the second Doctor (the tenth in the series as a whole), Season 2 Episode 6: The Age of Steel, Mickey and Ricky electrocute one of the Cybermen, who is disabled temporarily.

In the same episode, an EMP is also used to temporarily disable the Cybermen.

There is at least one instance (in the TV Episode "The Age of Steel") where a Cyberman is electrocuted and, following that, disabled. So it stands to reason that lightning would work as well.

In "The Tomb of the Cybermen" (1967), a human who has partially been turned into a Cyberman electrocutes himself and a Cyberman:

Toberman sacrifices himself to close the doors, completing the circuit, and electrocuting both him and the Controller.

(I think that this is a misunderstanding of electrocution, as electrocution comes from open circuits that are completed by a person's body, not complete circuits. The situation is that there are two door on the outside of the tomb, and the doors are acting as terminals. As soon as Toberman closes the doors, sealing in the the Cybermen, the doors connect and complete the circuit, electrocuting Toberman. If anything, Toberman should have been electrocuted until he closed the door; before that, he was the path of least resistance for the electricity, but after he completed the circuit, the path through his body had significantly more resistance than just going through the doors.)

the group is attacked by a swarm of Cybermats, which the Doctor incapacitates with electrical currents

10
What happened to the Cybermen in our universe?
7
What's the point on assimilating humans for the Cybermen?
7
Is there no long life milk in the Doctor Who Universe?
13
Why weren't people afraid of the Cybermen in "Death in Heaven"?
11
Why does ganger Doctor struggle to cope with his past regenerations?
17
Do Cybermen eat?
5
Who were the original Cybermen?
5
Difference between Mondasian and usual Cybermen
4
Why do the Cybermen coming through the rift move organically?
11
When in Mondas' timeline did they launch their colony ship?