I read a collection of short stories in high school for a class in 2012 where humans had discovered how to travel to different dimensions by visiting airports and meditating. I have only a memory of one of the places people could travel. It was inhabited by birdlike humanoids, some of which had the ability to fly, but it was considered dangerous as their wings could fail at any time. I wrote a short essay on it and I cannot remember the name of the story collection and Google searching has not been helpful.

I think this is probably Changing Planes by Ursula K. Le Guin. 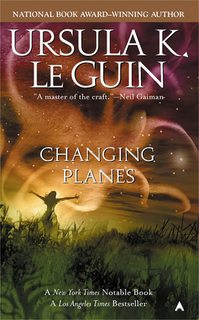 Sita Dulip has missed her flight. But instead of listening to garbled announcements in the airport, she has found a method of bypassing the crowds at the desks, the long lines at the toilets, the nasty lunch, the whimpering children and punitive parents, the bookless bookstores, and the blue plastic chairs bolted to the floor.

This method - changing planes - enables Sita to visit fifteen societies not found on Earth. She will encounter cultures where the babble of children fades over time into the silence of adults; where whole towns exist solely for holiday shopping; where personalities are ruled by rage; where genetic experiments produce less than desirable results. And many other exotic landscapes whose denizens are fundamentally human...

This review mentions some pertinent details:

This anthropological tour through some of the stranger societies in the multiverse begins by explaining its basic premise: Airports are not only portals to other terrestrial cities, but also to other dimensions. Interplanar travel requires no machine or vehicle, no magical incantations or special knowledge. The remarkably simple method was developed by one Sita Dulip, who discovered it when her flight out of Chicago was delayed several times and finally canceled. Trapped, exhausted, uncomfortable, and bored, she realized that:

By a mere kind of twist and a slipping bend, easier to do than to describe, she could go anywhere - be anywhere - because she was already between planes.

This one mentions the avian species.

“The Fliers of Gy” posits an society where some people get wings, and it often kills them.

Not the answer you're looking for? Browse other questions tagged story-identification short-stories parallel-universe or ask your own question.

9
What is the name of a short story by Ursula K. Le Guin about a spaceship and a parasite alien?