Why did Gondor build the tower, Cirith Ungol, near Shelob's lair? 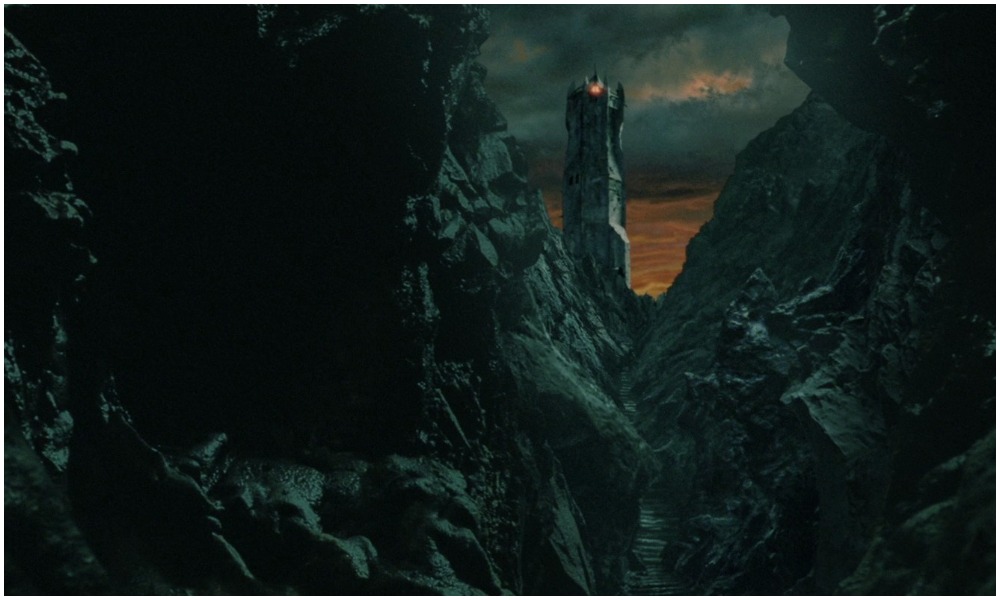 The route traversed Torech Ungol, the lair of the giant spider Shelob. 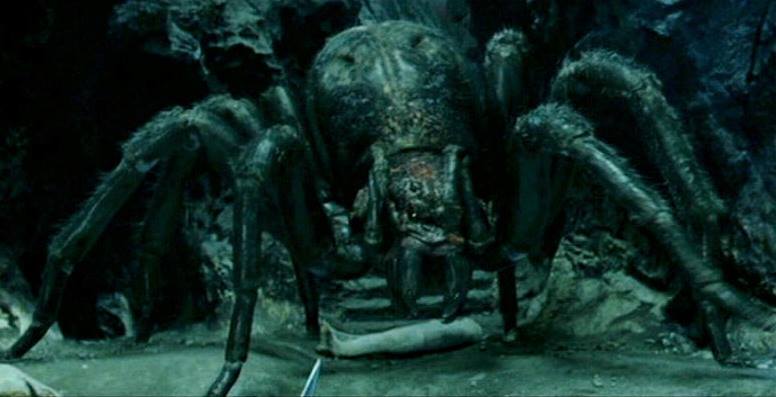 Why would Gondor build a tower near such a powerful foe? Any men quartered there would become food for Shelob. There was no need to guard the upper pass because it was far more difficult to traverse than the main pass by Minas Morgul. Even if the pass was easy, Shelob could guard it on her own simply because she will eat any creature. She would even guard it against Sauron's forces because she was independent of him and his influence. (The sentence below from The Two Towers, says she served none but herself.)

"But still she was there, who was there before Sauron, and before the first stone of Barad-dûr; and she served none but herself, drinking the blood of Elves and Men, bloated and grown fat with endless brooding on her feasts, weaving webs of shadow; for all living things were her food, and her vomit darkness"

Why would Gondor build a tower where every soldier sent to it could become a snack for an ancient evil?

I will vote for answers based on canon sources.

I can see two ways to make sense of it. I note that Gondor clearly thought that the pass of Cirith Ungol was an infiltration route important enough to need guarding.

First possibility: The tower was first built in spite of Shelob's presence. After Sauron's fall, Gondor needed to guard against things getting out of Mordor and relying on Shelob to plug the pass of Cirith Ungol was not enough. (It's clear that while she was a very dangerous hunter, she wasn't a guard, and as long as she wasn't hungry (or sleeping or nursing wounds or something) things might pass through Cirith Ungol.)

After Sauron's defeat, Gondor was still dealing with some fairly serious opponents. Tolkien provides no specifics, but I'd guess that pairs of hobbits were not the main issue. The foes being excluded probably started at marauding bands of orc raiders and may well have worked up from there. Shelob was dangerous, but so are bands of orcs and so would be the even more powerful creatures which previously had worked for Sauron. They might well have been able to take on Shelob, making her an even less reliable guard.)

It's also worth noting that Gondor was much, much stronger in those days. They had just defeated Sauron and all his armies in direct confrontation. (None of this sneaking into Mordor and stabbing him in the Ring.) They may have felt that Shelob was a tolerable menace -- after all, they had a fortress tower to retreat into if necessary -- and they were relatively much stronger than at the end of the Third Age.

Second Possibility: (And I prefer this one) is to understand the "there" in

"But still she was there, who was there before Sauron, and before the first stone of Barad-dûr; and she served none but herself, drinking the blood of Elves and Men, bloated and grown fat with endless brooding on her feasts, weaving webs of shadow; for all living things were her food, and her vomit darkness"

to refer to the Ephel Dúath generally and not to the specific set of tunnels she lives in during LotR. It's clear that Shelob was "there" before the downfall of Sauron at the end of the Second Age, but the whole point of the tower on the path of Cirith Ungol was to guard against creatures coming out of Mordor, which has two implications:

The whole thing becomes simple if Gondor knew (or suspected) that Shelob was somewhere in the Ephel Dúath and was herself one of the things that the tower was raised to keep out of Gondor.

So when Gondor built the tower, Shelob (and some left-over Sauronic terrors) were loose in the mountains of Mordor, and had to be kept out of Gondor. Guard posts were built; Monsters were excluded; Time passed; Gondor decayed; The watch faltered. And Shelob moved into the pass which became known as "Cirith Ungol" and she continued in occupation after the Nazgul took over Minas Ithil and Sauron rose again.

On the whole, I find the second possibility to be the more persuasive, but see no way to exclude the first based on what JRRT has told us.

Though the tower was said to be constructed after the Last Alliance in The Return of the King, consider Note 11 in "Disaster of the Gladden Fields" (an Unfinished Tale):

...Aratan and Ciryon had not been in the invasion of Mordor and the siege of Barad-dûr, for Isildur had sent them to man his fortress of Minas Ithil, lest Sauron should escape Gil-galad and Elendil and seek to force a way through Cirith Dúath (later called Cirith Ungol) and take vengeance on the Dúnedain before he was overcome.

Apparently Isildur (well acquainted with the geography after building his city nearby) feared enemy forces slipping through pass enough to have two of his sons guard it. Without Sauron this fear would be lessened, but there's no reason a band of orcs under different leadership couldn't do the same.

But also note that it's the Shadow Pass instead of the Spider Pass at this point in history. The fact that it was renamed to reference Shelob later could imply that the Gondorians did not know of her at the time, and presumably still wouldn't when they started building the tower shortly afterwards. She probably was prowling the tunnels they guarded in some capacity (when else would she have drunk the blood of Elves?), but that doesn't mean her true nature and danger were recognized just yet.

36
Did Shelob Die?
84
Which are the Two Towers in The Lord of the Rings?
11
Why do the orcs get even close to Shelob's lair?
15
What exactly was the understanding between Gollum and Shelob?
41
Were there any other ways into Mordor?
15
Why does Sauron’s darkness over Gondor disperse before the set time?
104
How is Shelob's name known?
41
What was Mordor's history before Sauron settled there?
19
Why did Gondor not move the Palantir at Minas Ithil before it was captured?
5
What is the significance of towers in Lord of the Rings?