Do we know from TNG canon that Geordi La Forge wore no underwear?

Burton: For our final question, here we go, for “all the marbles”;

Did my character Geordi La Forge of Star Trek wear boxers or briefs?

Stewart: Oh, I know. Nothing!

Do we know from TNG canon that La Forge wore no underwear?

Cued at 05:02 for the final question Caution! lower volume first, it's TV.

Out of universe, they wore briefs

In the featurette "Dressing the Future" (Available on YouTube, relevant part starts at the 3 minute mark) we can see Marina Sirtis holding up something she explicitly introduces as Briefs, which men wore on set. She does not know if LeVar Burton wore them, but since it's a well known fact that the Spandex uniforms "hid nothing", it seems very likely that he did.

SIRTIS: Moving along... My second favorite item: The Men's Support Briefs! Because the men can't have a VPL, a visible panty line - I actually have never seen these before so I am as interested as you are... oh my goodness, okay... um, I don't know who exactly wears these, but they have a lot of them, so... maybe a few of my fellow thespians wear them. 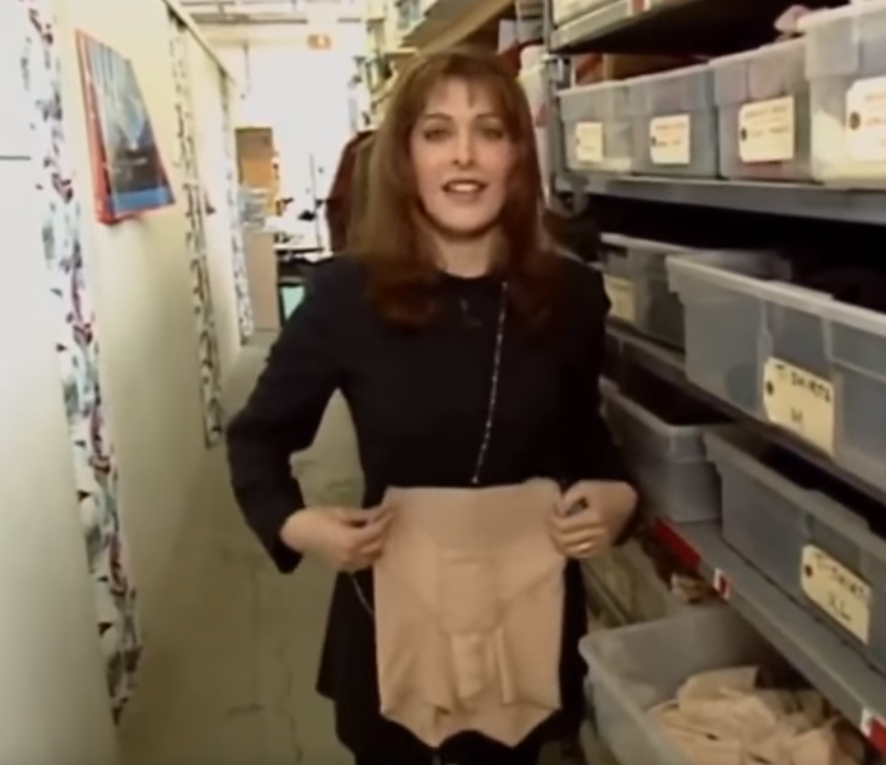 The TNG-Era uniforms are made of Spandex, at least out of universe, and Gene Roddenberry himself has referred to Spandex as "the fabric of the future". Spandex is very form-fitting and hides nothing, which is what the TNG cast found out during filming.s.

This means that if Geordi wore nothing underneath, we would have... seen something, unless the in-universe uniforms have been altered to not be form fitting below the waist.

Men's underwear is still a thing in Star Trek

That is not the case - we sometimes see underwear in the Star Trek universe. Here is an example which is in-universe in the same era as Geordi.

In the Voyager episode "Twisted", we see B'Elanna running into a crewman who wears nothing but briefs. These look a lot like the men's support briefs the actors are wearing out of universe! 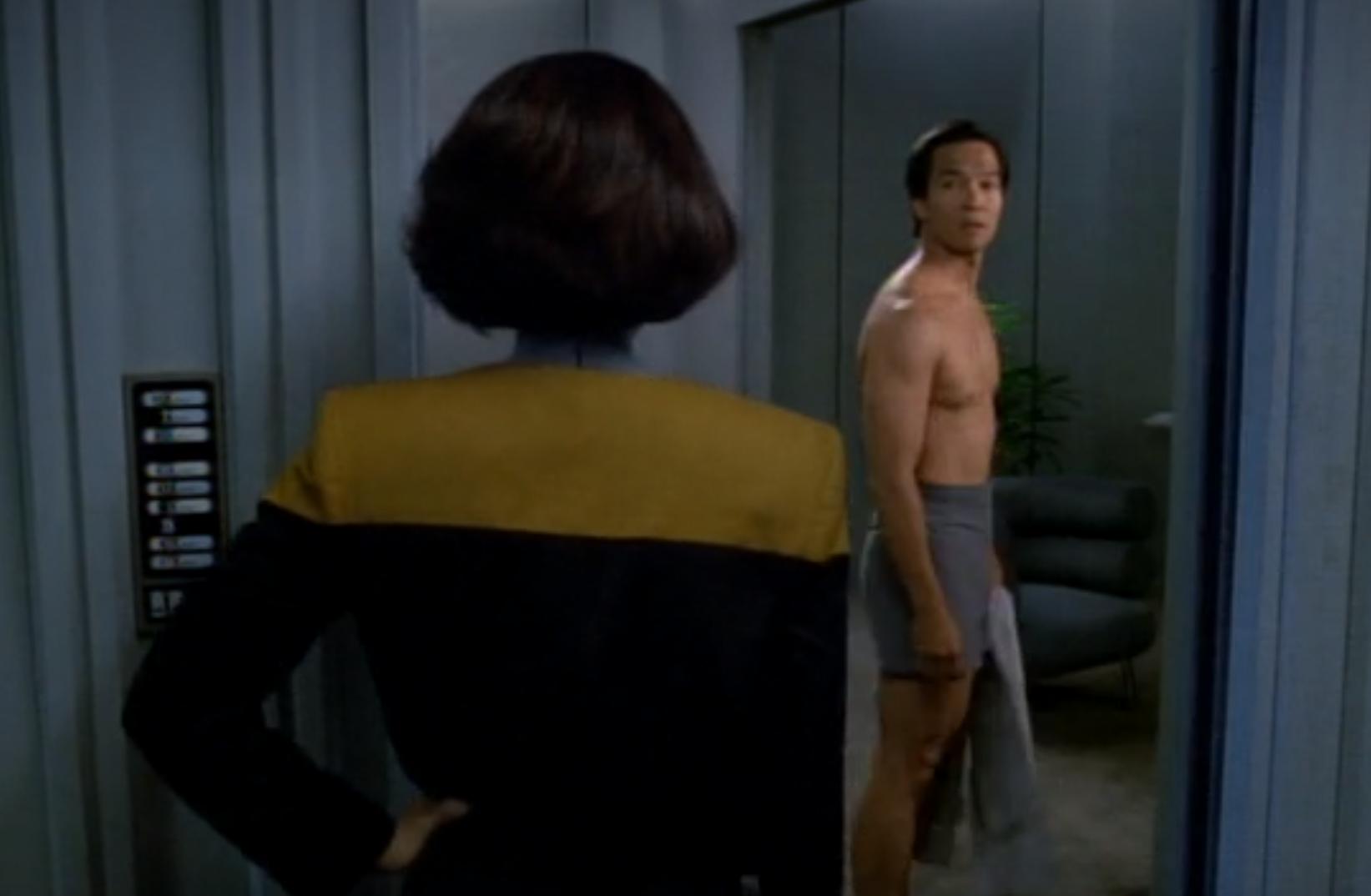 So Spandex-like uniforms are a thing in-universe, as well as briefs which are hiding panty lines and other things.

The canon doesn't give us more than this

At no point is Geordi's habit of (not) wearing underwear discussed or shown on screen. There is also no situation where underwear should have been visible, but is not.

My personal conclusion, backed by nothing else, is: If Geordi wore no underwear, his colleagues would have seen it in-universe, and we would have seen it, too. Probably LeVar Burton used the Rule of Funny when accepting Stewart's answer.