Can other people touch Rogue?

In the X-Men franchise, Rogue's mutation is that she can absorb life-essence and Mutant powers through touch. But it only ever seems to be Rogue herself doing the touching, with her hands or occasionally her lips. In fact, in the X-Men movie (2000), Wolverine skewers her with his Adamantium claws and suffers no ill effects-- until Rogue grabs him.

Does all skin-to-skin contact trigger Rogue's ability? If someone touches her (say, on the neck or upper arm), does she still absorb their powers?

First of all, I'd argue that Wolverine's claws not triggering Rogue's powers may not be because of someone else touching her, but the contact being metal-to-skin instead of skin-to-skin.

Second, in the comic X-Men Movie Prequel: Rogue, some fellow students are chasing her, grab her, and get life-drained. As you can see in the following picture, the guy in the green her was touching her somewhere (unsure where, maybe ankle or leg, but the fact is he got drained as well), triggering her mutation. 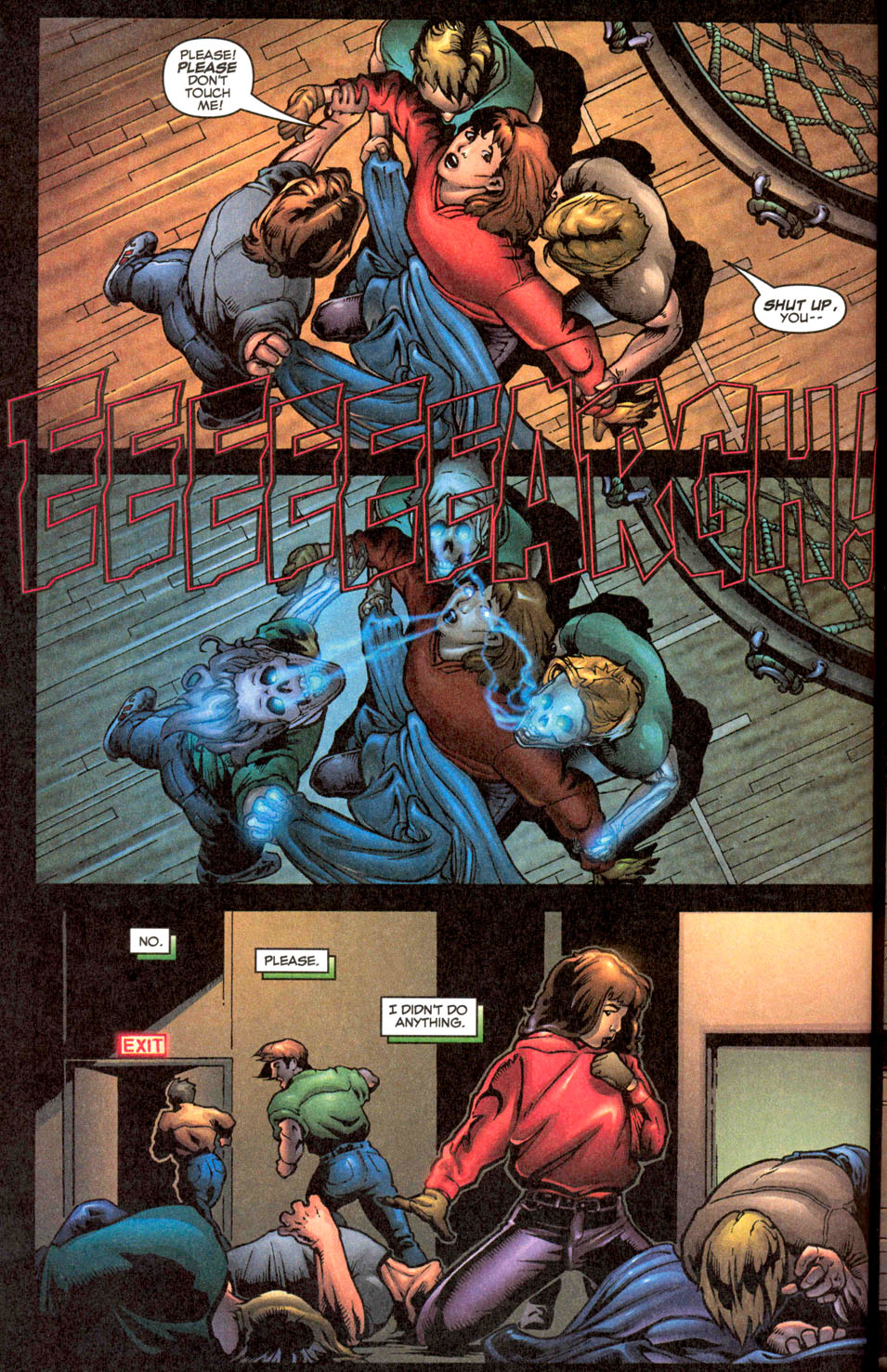 Now her assailants were (supposedly) human, but there's no counter-indication she wouldn't have copied their powers as well had they been mutants.

It's any skin-on-skin contact, intentional or otherwise. That's why Rogue has always, even when she started out as a villain, been portrayed as wearing a full body suit and gloves leaving only her head exposed. I don't have access to my old comics right now for specific examples, but there have been numerous occasions where Rogue has been touched, intentionally or accidentally, on exposed skin and her power has automatically activated, usually in stories where the antagonist is being a complete idiot and somehow doesn't think her power works that way, or in one of the stories featuring an X-Man and how having their specific power sucks in some way. There's also been battles where she's been thrown against a fellow hero causing accidental contact and the power kicks in, and others when her costume has been damaged and she's warned people away.

Wolverine's claws, as mentioned, are covered in metal, so there's no direct biological contact, much as she can be safely in contact with prosthetics. I can't recall if it's ever been established that touching living bone (such as his uncovered claws) would have any effect.

Not the answer you're looking for? Browse other questions tagged marvel x-men-cinematic-universe rogue or ask your own question.