Novel about a man who suffers from every disease in the universe, but also manufactures their antidote

I am looking for the name of a SF book about a person who gets all the kinds of diseases that exist in the universe. People want to kill him to protect the universe from his diseases, but they can't because he also makes the antidotes in his body, and they need him for that.

Could this be To Die in Italbar by Roger Zelazny? 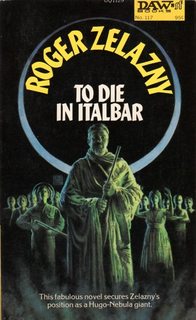 THE WALKER IN THE VALLEY OF THE SHADOW

H was the name he was known by.

H was unique in the galaxy, for he had the healing touch. Where there was plague, sickness, pain, H was the universal cure.

But H also had the slaying touch. Where he went death and disaster often followed. Where there had been health there would be left desolation and desert.

The talent alternated. It reversed itself — and H always warned people of this. To live in Italbar or TO DIE IN ITALBAR, that was always the question.

This sounds like To Die in Italbar (1973), by Roger Zelazny.

The plot summary, per Wikipedia:

Heidel von Hymack, known to all as "H", is a man with the power to cure people of incurable diseases. He travels from world to world healing people by touching them. However his healing powers have a dark side: after a while they reverse and he becomes a spreader of deadly diseases. Avoiding contact with others is almost impossible because of his celebrity, so his most dedicated followers tend to die horribly. He does not know why he has this power, though he dreams of a mysterious "Lady" who rules his life. In fact he has been accidentally joined to a deity of the Pei'an religion, a goddess of disease and healing whose changing moods determine whether he saves or kills.

Zelazny actually hated the book, personally. He first threw it together when he was in need of money, and he was never satisfied with the way the threads came together. His publisher rejected it anyway, so he wrote a new ending, making it a sequel to Isle of the Dead (1969). This provided the tie-in to the superpowers associated with the living avatars of the gods of alien Pei'an religion from Isle of the Dead, and thus provided an explanation of why H could both cure and cause any disease. However, Zelazny still felt the result was an inferior effort.

14
What novel had a boy who did backward every motion he'd made all day?
6
TV series involving a man with some electricity superpower but who suffers from severe headaches
3
Novel about Immortals hiding from the world
4
Children's book about a boy with a benign tumor but then discovered the tumor was his twin absorbed in utero and still haunts him
16
Fantasy Novel about a man named Q-something who finds a glowing rock in a pool and becomes king
8
Fantasy trilogy about an amnesiac man greeting by a talking crow, who marries a psychopathic princess
22
Novel about rich industrialist who is recruited by a woman who uses magic, takes him to her world were he crash lands
9
Book series about a young man who was bullied until he tattooed his entire body with protective runes