YA Book about post-apocalyptic world caused by a pandemic, boy and his sister meet a cult leader who believes the virus cleanses the human race

There's a book I read a long time ago, and Google is no help.

It's about a boy (don't remember his name), and his sister Henrietta who live near the Grand Canyon. The world has been destroyed by a virus. Henrietta got it but survived, except she's deaf and bald. They meet a cult leader named Mother K who also survived the virus and believes it's "cleansing" the human race.

I think the cover had a sunset on it with a person's silhouette?

"In 2028, a deadly Flu virus ravages the earth. Only one in two thousand survive the virus, and these "Survivors" are rarely left unaffected. By 2038, only 38 million people remain on Earth. Most of them live in small communities, ever fearful of outsiders who might bring the deadly Flu."Ceej Kane lives with his uncle and his Survivor sister Harryette in an abandoned hotel on the rim of the Grand Canyon. His quiet, boring life suddenly becomes a desperate adventure when Uncle and Harryette disappear. Searching for them, Ceej and his only friend, Tim, are attacked by the Kinka, a renegade band of half-mad Survivors who spread the Flu to make more of their own. Worse yet, it appears that Harryette has joined them.

Fleeing deep into the Canyon, a narrow land of ghosts and ancient secrets, Ceej and Tim meet Bella, a mysterious Hopi girl. She has been searching the canyon for the Sipapuni, a mystical portal that the Hopi believe leads to another world. Tim thinks Bella is crazy, but Ceej is not so sure. Maybe there is a way out of this Flu-ravaged world. But first they must find out what happened to Uncle, and they must save Harryette from the Kinka -- if she wants to be saved. 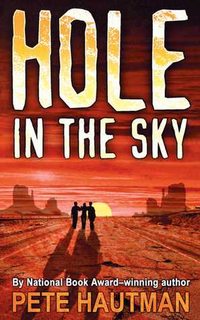 Found with the Google query post-apo book virus "mother k" site:goodreads.com/book which popped up this review:

the Kinka, a tribe of Survivors whose mission is to infect people with the Flu virus so those people can prove their fitness to Survive. Mother K infects and kills Hap and Uncle while convincing Harryette to join them.

3
Book series about a boy who runs away from his walled city and finds his sister in a hidden city in the wasteland outside
8
Fantasy book series about a teenage boy who develops powers and can enter another world
21
1970s Book about post-apocalyptic world and no one knows how to make things
3
YA book about a boy who can control tornadoes, and is the last of his kind
15
Book about three magical children in an empire where magic is banned?