Technically speaking, was the Millennium Falcon ever used for piracy?

While reading some Cinefantastique magazines from late 70s that contained interviews of the production crew of Star Wars: A New Hope, I noticed that some of the interviewees like Jon Berg (special-effects artist) and Joe Johnston (effects illustrator and designer) among others, referenced to Han Solo’s spacecraft as a pirate ship.

It is for all of us known that the Millennium Falcon design evolved along constant conceptual modifications and upgrades before her final iconic shaped emerged. But along with her design, her purpose also appears to have changed from a pirate ship to a freighter ship.

In the Star Wars canon, despite her description as a “modified Corellian YT-1300 light freighter most famously used by the smugglers Han Solo and Chewbacca during the Galactic Civil War”, the Millennium Falcon was first mention as a pirate ship in the second draft of the script Adventures of the Starkiller as taken from the Journal of the Whills, Saga I: The Star Wars (that would become the script for A New Hope), dated January 1975. There is also a drawing and hand writing of George Lucas in a yellow legal pad paper describing her as a pirate ship, a moniker that it would carry throughout most of development of the ship until finally being renamed as Millennium Falcon, a smuggling ship, but, there is a big difference between smugglers and pirates. Without going too deep, smugglers move illicit goods in or out somewhere. Pirates, by contrast, are mostly bandits, thieves and criminals and sometimes associated with bounty hunters.

It is worth mentioning that in that 1975 second draft, George Lucas had written a scene in which Han Solo was serving onboard an unnamed TDF104 pirate ship along with his fellow crewmate Chewbacca and space pirates Montross Holdaack and Jabba the Hutt. Han was able to steal the ship away from its captain, Oxus, by faking a reactor overload, causing everybody but him, Chewbacca and Montross to flee the ship. Then, later on, the scene was removed making Han Solo the owner of this pirate ship from the start of the story that acquired the name of the Millennium Falcon later.

Another reference related to pirates where the Millennium Falcon is involved is in the canon junior novel Pirate's Price where pirate Hondo Ohnaka tells stories about his encounters with Han Solo, Chewbacca and the Millennium Falcon but there is not a clear mention of the fastest hunk of junk in the galaxy as a pirate ship.

I revised some cross-sections of the Millennium Falcon for motifs commonly found in pirate ships like the plank in Jabba’s sail barge but I only found concealed scanner-proof and shielded smuggling compartments, a military-grade rectenna and quad laser cannon turrets in gun ports, and that she underwent unadvised modifications by the Irving Boys and smuggler Gannis Ducain.

Finally -in the canon-, at Batuu’s spaceport, pirate Hondo Ohnaka makes a deal with Chewbacca to use the Millennium Falcon and launches a heist on a First Order Train stealing a cargo of coaxium. 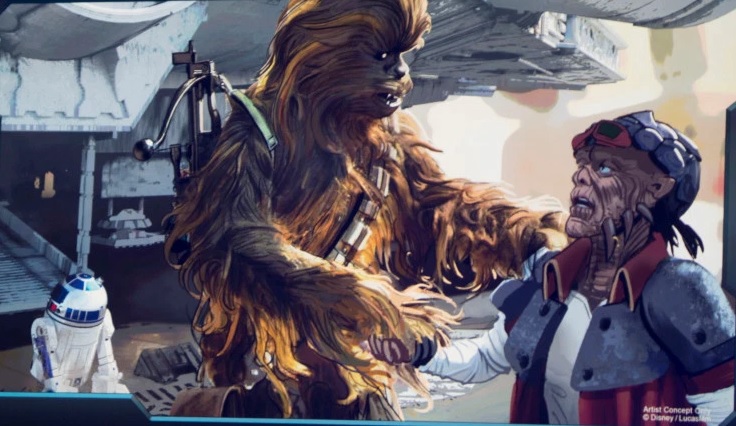 Having said all these, I am intrigued to know if the Millennium Falcon was, technically, ever used for piracy rather than just smuggling things? 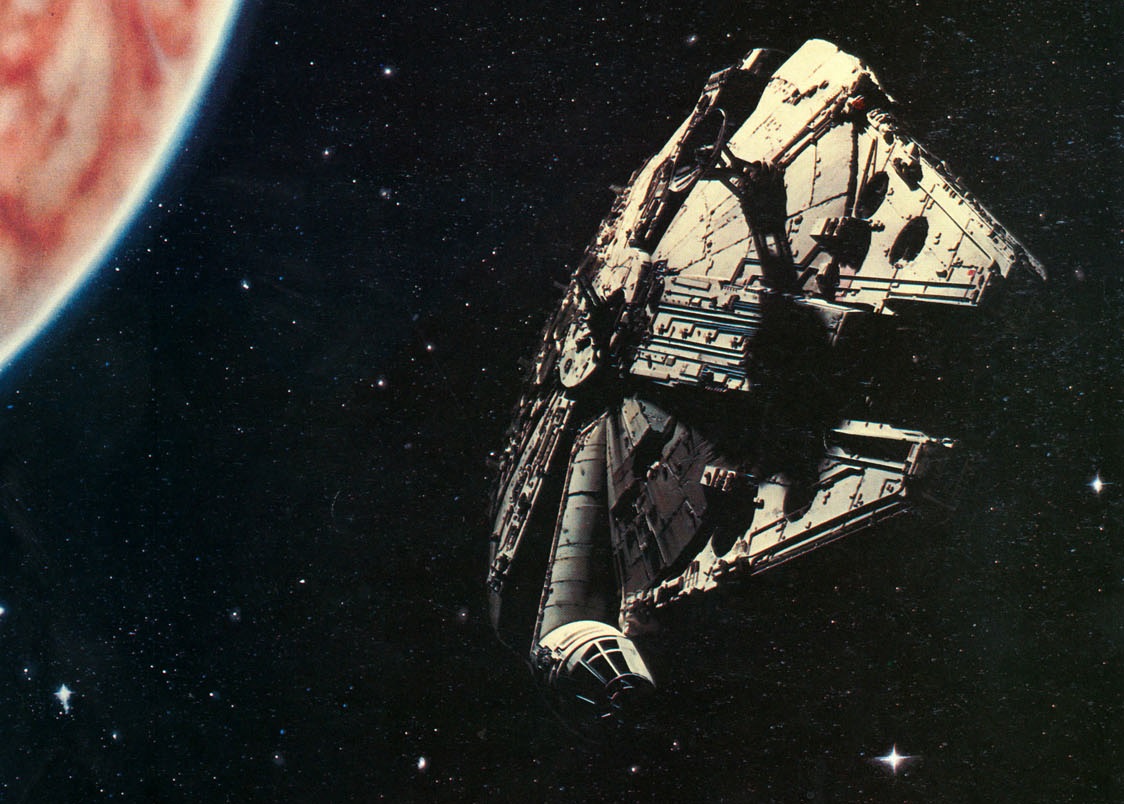 No, it was not a pirate ship

It was a a freighter, a hotrod, and then a smuggling ship.

The Millennium Falcon started its life in non-Legends canon as a YT-1300f freight pusher.

It served this purpose for some time, and then was involved in a collision with another ship, after which a salvager repaired it with YT-1300p parts. It ended up in Lando's hands, who refitted it it into a sporting vessel. Eventually, Han Solo won it from him in a game of Sabacc. Han Solo used the ship primarily for smuggling, in service of various parties, including Jabba the Hutt, his most (in)famous client. Han would later participate in arranging the death of this particular client.

In order to qualify as a pirate ship, it would have to have participated in acts of piracy, that is, "the practice of attacking and robbing ships [at sea]." I think we can safely ignore the 'at sea' part, but while the Millennium Falcon did participate in multiple attacks on other ships, these attacks were in pursuit of military goals or self-preservation, rather than financial gain.

According to US law, piracy is:

any of the three following actions: (A) any illegal acts of violence or detention or any act of depredation committed for private ends on the high seas or a place outside the jurisdiction of any state by the crew or the passengers of a private ship and directed against another ship or against persons or property on board such ship

(Note that, for instance, U-boat attacks during WWII were not piracy, as they were not done by a "private ship", nor for "private ends".)

Now, it's not clear how the "high seas" would apply to space, but if we accept the US definition for "piracy", and accept space as "the high seas", and we consider the Rebel Alliance to be a "private end", then all combat engaged in by the Falcon constitutes piracy. On the other hand, if the Rebel Alliance is considered to be a legitimate military force, then anything done in furtherance of the cause would be a military rather than criminal act.

Of course, this would only be technically piracy, and not what people usually think of when they hear the word, and the term "pirate ship" implies a ship used primarily for piracy, not one occasionally so used.

At one point, the Millennium Falcon was detained by a government-held craft with plenary law enforcement authority. However, the Millennium Falcon crew sneaked aboard the government vessel and stole away a high-value prisoner, before escaping once more on the Falcon. Numerous members of the defending crew were killed during this raid. This is standard piratical activity.

The events involved are described in Star Wars: A New Hope.