Anthology about a group of explorers known as “star kings”

I remember a series of stories in an anthology that was based on a group of star explorers from about 55 to 60 years ago. They had small explorer ships and if anyone injured or damages one of their ships a signal was sent out and the other "star kings" in the area would travel to the location and eliminate the ones who attacked a star king. I have been unable to locate any references to the book / books. Any ideas?

Earth was destroyed by an alien race known only as "The Masters". The few survivors fled in small ships, crewed by one fertile man with one fertile woman. They spent the next thousand years developing technology to use to fight The Masters. They became known as the Star Kings.

Each ship had a faster-than-light radio using Ramdic Waves. If the ship was destroyed it would emit the ship's Death Cry. This broadcast the name of the destroyed ship and the location. All nearby Star King ships would converge on that spot to deal with the enemy ship.

Each chapter was a separate story, so the book was a sort of anthology. 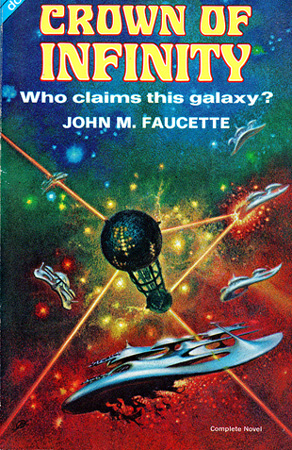 9
Who is the author of the following stories?
10
Looking for old scifi community site for short stories, and particular story
18
Space fantasy novel - Human king, alien prince, telepathic plant-human hybrids
7
Horror anthology with story about a woman who finds something in her bed
7
Horror/SFF anthology about fat/overweight characters
7
Sci fi anthology with a story about a tree being, and an enslaved combat robot