Book about an escape from a prison planet

Main plot is escape from a prison planet, and I can remember the artwork from the cover. Also one of the other inmates was a mind raper who psychically raped people. Time frame was pre 90s

I wonder if this is The Omega Cage by Steve Perry and Michael Reaves, which I have identified before in my answer to Sci-fi novel with prisoner trying to escape a prison on another planet. Has a romance with the warden's concubine. They escape by hovercraft. The book was published in 1988 so it matches the date you remember. 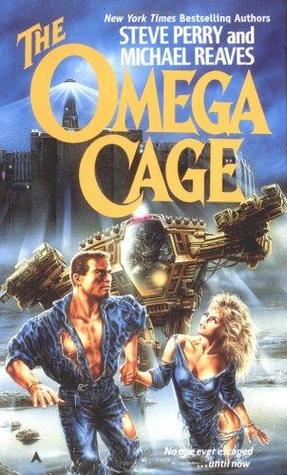 This is an escape from prison planet book, and it does have a character who is a mind rapist. The rapist is a dwarf referred to only as The Mindfucker:

Maro tensed. Rape in a crowded prison yard didn't seem likely, not with guards watching. But something was going to happen… He couldn't stop looking at the man's eyes. They were so green that they seemed to glow, to expand somehow, filling his vision…

And suddenly, with no sense of transition whatsoever, he was no longer in the yard. He was in a seraglio— a huge chamber with satin wall hangings. He was nude and chained face down on a large bed covered with black silk sheets. He twisted his head, and could just glimpse the dwarf standing behind him. He was wearing leather trappings and robes now. He stood behind the bed, chuckling, and parted the robes slowly to reveal an enormous erection.

Maro struggled, but the chains held him firmly. His mind was dazed—where was he, and how had he gotten here? It's not real, he thought, and suddenly knew that was the truth of it. Maro took a deep breath and let it slowly escape, then began to set his mind in the Defense Cast he had learned from the Soul Melders—

The dwarfs laughter grew louder and louder. Maro could feel the man touching him, stroking him lasciviously. He forced himself to divorce himself from the feelings of revulsion and outrage, to reach within himself for the strength necessary to fight…

And then, just as suddenly as before, he was back in the yard. He staggered backward as though he had just broken free of a tether. He could feel sweat running down his face. The dwarf had not moved, but there was a look of shock on his face. Then, as Maro regained his balance and stepped forward again, the shock was replaced with fear. The dwarf turned and ran.

Maro saw Scanner and some of the other inmates looking at him with new-found respect.

"Amazing. Nobody ever did that to the Mindfucker before," Scanner said softly.

5
Sci-fi novel with prisoner trying to escape a prison on another planet. Has a romance with the warden's concubine. They escape by hovercraft

7
70's or 80's space prison escape movie, reprogramming the prison’s pleasure robots for the escape
22
Sci-Fi book with 4 prison planets
8
What is this book about a juvenile detention centre that exists out of time?
14
Sci-fi/Fantasy Book, woman fighter refugee from another planet gets job as secretary/assistant
10
Scifi novel about a prison station in the sun that turns into an alien invasion
7
Book about a guy in prison, on a jungle planet, with black light-absorbing walls?