It was a book about a male lead young adult. It started off at a school and I believe his name was Colin but I could be wrong. He is a mage or has powers. He goes to a academy of sorts and learns to be a mage but also he tries to be a fighter at the same time. It has demons or aliens maybe a cross of with otherdimensional demons. He is adopted and at the end of the first book when they are having a large scale fight he almost dies. I read this around 2-3 years ago from Kindle for free. At the end there is a council of mages where he girlfriend kills them due to them not sending reinforcements when they were fighting demons which resulted in the main character almost suiciding and going into a sort of magic coma. Four books in this series, first book is about the academy of magic where he is clever and creates a lot of spells and improves on others, in this book he also goes onto a mission and goes to another state. Has a girlfriend who he was friends with in the first book but get together in the second, she almost dies when humans who are working with the demons try to kill her but the main character saves her , he jumps out of a plane and kills them. Demons turn up and he lets them go. His mother was killed when demons invaded and father goes mad and kills a full nest. Main character has some demon blood.

You're describing the Soulguard series of books by Christopher Woods. I read it about five years ago and re-read it last year. There are five books in the series.

Some of your details are a little fuzzy, but you got his name right; Colin Rourke is an orphan whose mother was attacked by these demons when she was pregnant with him. She died soon after giving birth. His father enlisted close friends to raise Colin because he (the father) went on a suicide mission and destroyed a gateway portal of the demons.

The girl he jumps out of the plane to save was not his girlfriend at the time. She was a child that he saved from the demons who are, in fact, not demons but an alien species from another planet. 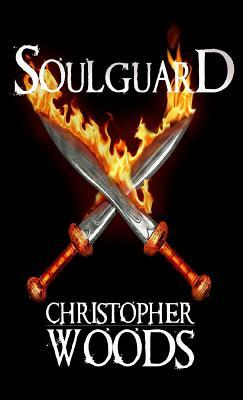 Awaken looks like a YA story about a (probably adopted) magical teen named Colin and his sister (not girlfriend) that's currently available for free on Kindle, and is the first book in an extensive series. Might that be what you're looking for?

5
What fantasy book series has magic talismans made by a tribe that hates mages?
5
90s fantasy book about evil sorcerer building tower using human remains as mortar
6
Sci-fi book series about two orphan boys who are adopted and trained by two monster hunters
7
Book about mages who can harvest magical energy from the environment
6
Manga in which a strong magician kept reincarnating so that he could finally be born with symbol suitable for magician?
3
Female protagonist is a mage, has a prophecy about her and dies, but is brought back by her soulmate
13
Story about a young mage attending a school who is probably an arch mage