The isekai (manga) is about an ordinary guy who gets transported along with a bunch of random people to this special space. The guide there then explains to them the rules of their world on how they need to clear the trial level to proceed. They are all then teleported to a "trial level".

Here’s the main plot from what I remember. The main character ends up being glitched, and every time he meets the requirements to move on, his personal level resets to 1. He retains all the stats and skills gained, but he is unable to clear the trial face of that world. With each reset completion of that world he becomes stronger.

I think he ends up trapped in there for ~20 years before the guide realizes what happened and tries to delete the world. The main character somehow survives and goes on to the rest of the world, and is incredibly OP. Can anyone help find the title of this manga?

I believe this may be Survival of the Sword King based on that a very similar question was asked, and answered with this work, here.

Ryu Han-Bin was a normal person who just had been discharged from his mandatory military service, when he was transported to another world. Left to fend for himself, he was given the goal of surviving and growing stronger in a desolute world riddled with monsters. The problem is the 'Guideline' that was supposed to be his guiding system to survive is filled with errors.

Ryu is sucked into a world named Thelha Rath'na and told that he is the Chosen One (well, it shows him among an entire legion of "Chosen Ones" with the beings who brought him here chattily saying that with seven billion people to work with, they have been able to find many chosen ones, as well as referencing previous "Chosen Ones") before being dropped into a hellscape filled with Hell Dogs with a message that his goal is to survive and grow stronger in the world. His "Guideline" is noted to be glitched, but they assume that it's no problem because it's just one person. The turning point is fifth level, not fifteenth, and the Hell Dogs apparently scale with him. Early on, he is told that he only has a five percent chance of survival and is offered the chance to kill himself, but he decides to survive.

The reason why level five is so important is that that's when he can move to Thelha Rath'na proper and join with other "Chosen Ones". Level twenty is the point at which he's supposed to be moved to the main continent with his plot as Chosen One. I think it was about twenty years or so he was stuck there, but eventually the beings "realize" their error (they note that it's been long enough that they're on a new world, the fifth iteration, and a new crop of "Chosen Ones") and send him into the main world, thinking that with his Level four stats, he'll die quickly (there's a panel showing that all of his "New Game+" stats are hidden from view, but are in their thousands, compared to his visible double digit stats). He quickly bullies/befriends a blue dragon who explains a bit more of the world and why he needs to hide his true nature. The Chosen Ones are known as "Otherworlders" and are considered to be inhuman monsters who gain abilities faster than humanly possible, and have a tendency to slaughter everyone they encounter unless stopped immediately.

And indeed, he is "OP", to the point that he can't gain any more experience just fighting monsters because they're "merely" level 25. I've seen a few reviews where they commented that he's overpowered to the point that he doesn't show up in the latest chapters translated (somewhere around chapters 25-30) because he was solving too many problems too quickly.

Found with a search for isekai manga "level * resets"

Dungeon Reset? (It's a manhwa though.)

The description is the same as what you said.The main character gets teleported with random people to a game where they have to survive and clear every stage. He falls into a trap, but manages to survive. He gets stuck in the trap and can't get out, and when the dungeon resets, he is the only one that doesn't get reset. He uses his skills to survive and as days pass, the guide finds out that he isn't dead. He gains a lot of new skills and becomes super overpowered. Then he finds a barrier and he decides to go through it. Past the barrier the world doesn't reset, so he decides to stay. He finds a ruin where a dead dragon resides.

The rest is hard to explain, so I'll end it up here. It's better if you read it instead to see if it's the manhwa you wanted to find.

Could it be Dungeon Seeker? MC gets betrayed by his girl and kicked down a dungeon, where he has to survive multiple horrors. 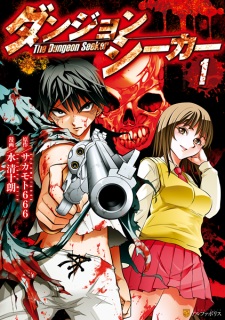 Junpei Takeda, a meek high school student, regularly suffers at the hands of Kido Shouta and his gang of bullies. Luckily, his childhood friend Noriko Tatsumiya always comes to his rescue. One day, all of them are transported to a fantasy world by an aloof being who calls himself "God." Junpei quickly learns that he is just as weak in this new world as he was in his old one; yet, he now possesses a unique ability that allows him to learn a skill from any enemy he defeats.

After months of struggling to survive, Noriko and Kido trick Junpei into entering the "Sacrificial Labyrinth," a dungeon filled with powerful monsters that no one has ever escaped from. Driven by revenge, Junpei ventures deeper into the labyrinth in search of an exit.

It's name is Dungeon Reset

He gets summoned when at the end he falls in a pit and doesn't die. The world keeps resetting. It has 90 plus chapters. 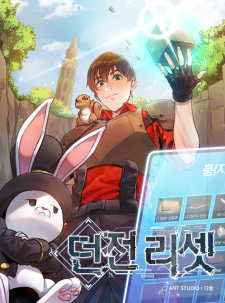 rileyriley
1
1
Add a comment  |
Highly active question. Earn 10 reputation (not counting the association bonus) in order to answer this question. The reputation requirement helps protect this question from spam and non-answer activity.

6
Fantasy-type manga where the main character defeats the demon king and goes forward in time
6
Isekai manga - protagonist repeatedly re-enters the fantasy world, time passes more quickly there
5
A manga about the main character trying to gain enough MP to summon a goddess
2
Isekai Manga: main character's level looks low but is high and is abandoned
5
Woman transported to a medieval world, recruited by a prince to help his friends
2
Manga where the Main Character's master is a dragon
5
Manga with a repeated isekai and a white chamber where he can buy skills and equipment
3
Man rolls on a gacha machine to receive power-ups, and then goes to another world