Graphic novel about an older Jason of the Argonauts fame

I recall reading a graphic novel recently about a group of adventurers who went on a quest to find out why the Gods (Olympians) had ceased interacting with humanity.

I haven't read them, but this sounds like "The Last Argonauts" trilogy of graphic novels.

I struggled to find a description that better matches the criteria, but what I did find does fit.

One day, the Gods stopped talking to Men, abandoning them to disasters and despair. Only one man can complete the quest that will restore the balance of the world: Jason, the legendary hero who once led the Argonauts to fetch the golden fleece. But times have changed; Jason has become an old man haunted by terrible memories. He will, however, accept to leave for an ultimate adventure at the head of a band of heroes that nothing seems to predestined to enter the legend.

The cover of the first instalment looks like it matches some of the characters you mentioned to. Jason, the Amazon and the Satyr. Possibly the Prince also, but not enough detail on the cover to confirm either way. 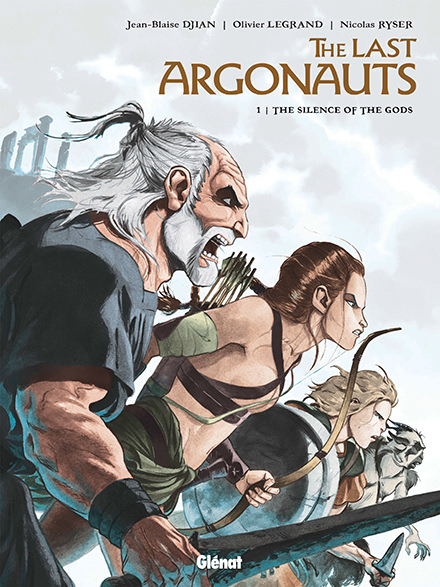 Not the answer you're looking for? Browse other questions tagged story-identification comics greek-myth or ask your own question.