Where are the air vents located on ships in Star Trek?

In Star Trek: Discovery, "Perpetual Infinity, Michael Burnham and the Discovery crew manage to trap Michael's mother in a containment field. It was set up like a dome around her. Here's a pic: 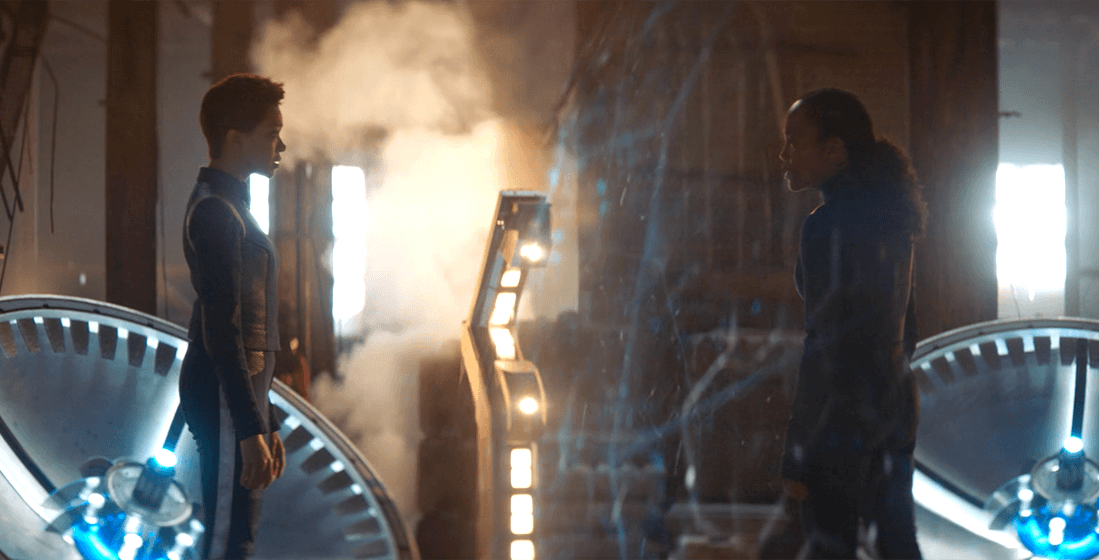 The containment field is barely visible. Here's a better one:

Anyways, back to the question. Where are air vents located, and how do they get it to contained objects/organisms?

The question mainly revolves around how it is possible to get breathable atmosphere into sections contained by a force field. You assume that air vents are needed for that, therefore you ask where they are located, but I think that this assumption is not correct.

There are different types of force fields

Thoughout the canon, we see that there are loads and loads of different types of Force Fields. The accepted answer to this question provides us with an overview over the varying degrees of force fields that we see in the canon. In at least one case, it was explicitly mentioned that the force field was erected to keep oxygen out:

SEVEN: Let's play another game. Let's imagine that the oxygen on the bridge has been depleted.
TRAJIS: What?
SEVEN: What do you suppose the results might be? Computer, seal the bridge with a level three forcefield.

There are also different scales for different types of field (Dampening Fields, Biohazard Fields, Containment Fields and so on).

I recommend reading the answer to the other question, it's really good! The main implication I want to point out is that if you need a certain level of force field to hold an atmosphere (Level 7 for the atmosphere in Voy: Demon, for example), it's implied that lower level force fields won't be able to properly do the job, potentially leaking the atmosphere.

There are different shapes of force fields

Force fields are what makes holograms "touchable". If I recall correctly, holodecks use a combination of replicators and force fields, which makes it entirely possible that every fabric the characters touch or breathe through is not a force field, but an actual replicated piece of cloth - however, it's obvious that force fields are much more than just two dimensional "windows" with energy.

It's established in Discovery, Season 1, Episode 2, that at the era of Discovery, the computer is able to change the shape of a force field: 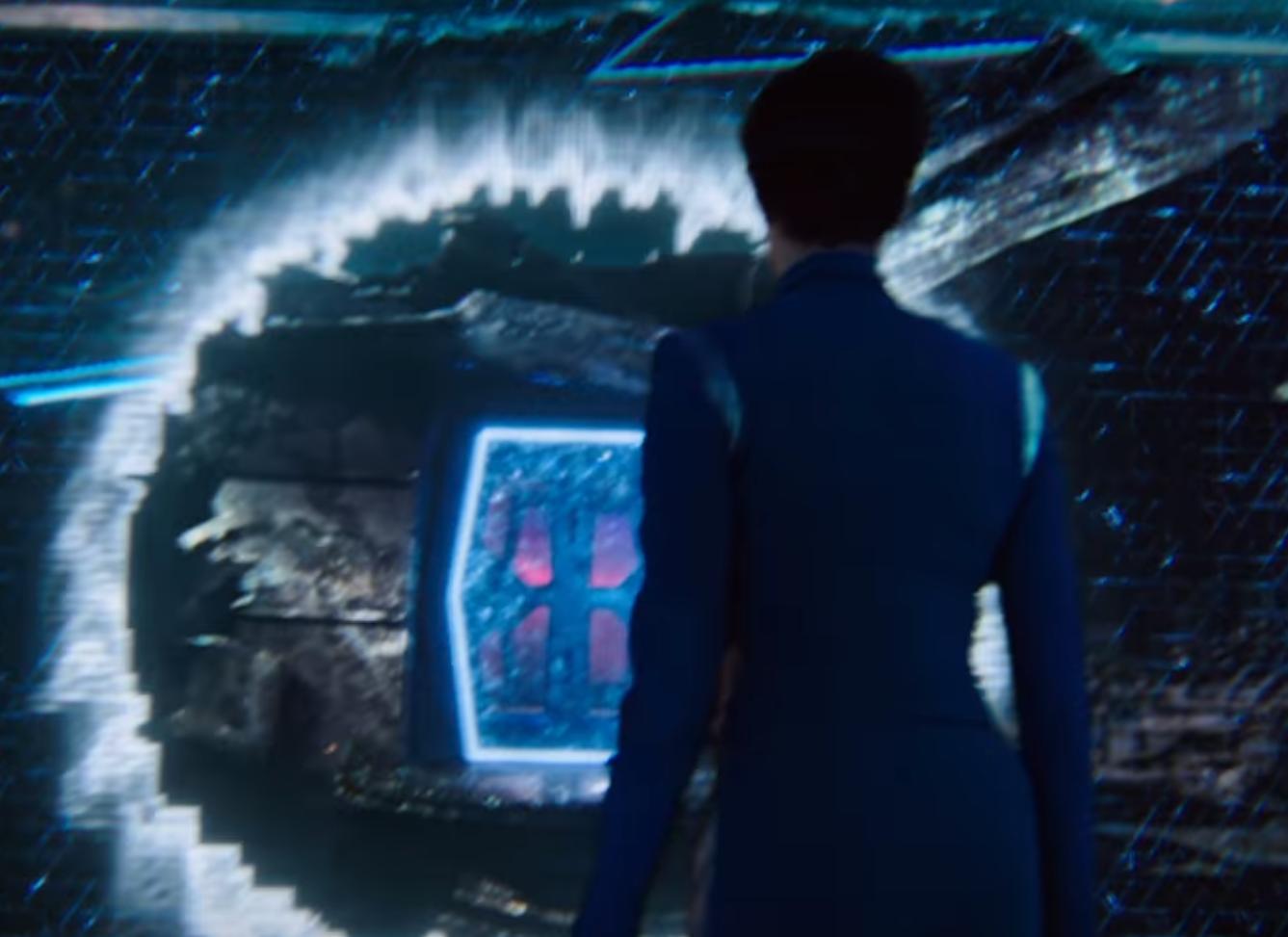 In this image, you see the computer opening a big hole into the force field.

The implication is that it's not far fetched to assume that it's possible to erect force fields with enough holes in it to let air pass through it.

Now that we have established that force fields come in many varieties and shapes, let's take a closer look at the force field in question.

The main point of this force field was to keep Gabrielle Burnham from being pulled back into the future. While the episode offers a lot of technobabble as an explanation, nothing in this episode indicates that in order to do that, Gabrielle needed to be isolated completely and 100% from her surroundings. You can even see in the picture you have posted that this containment field has some kind of honeycombed structure - it reminds me of a Faraday cage, which protects you from thunderbolts even though it has big enough holes in it for you to safely breathe.

In the TNG episode - "The Hunted" air-vents are shown releasing a sedative gas: 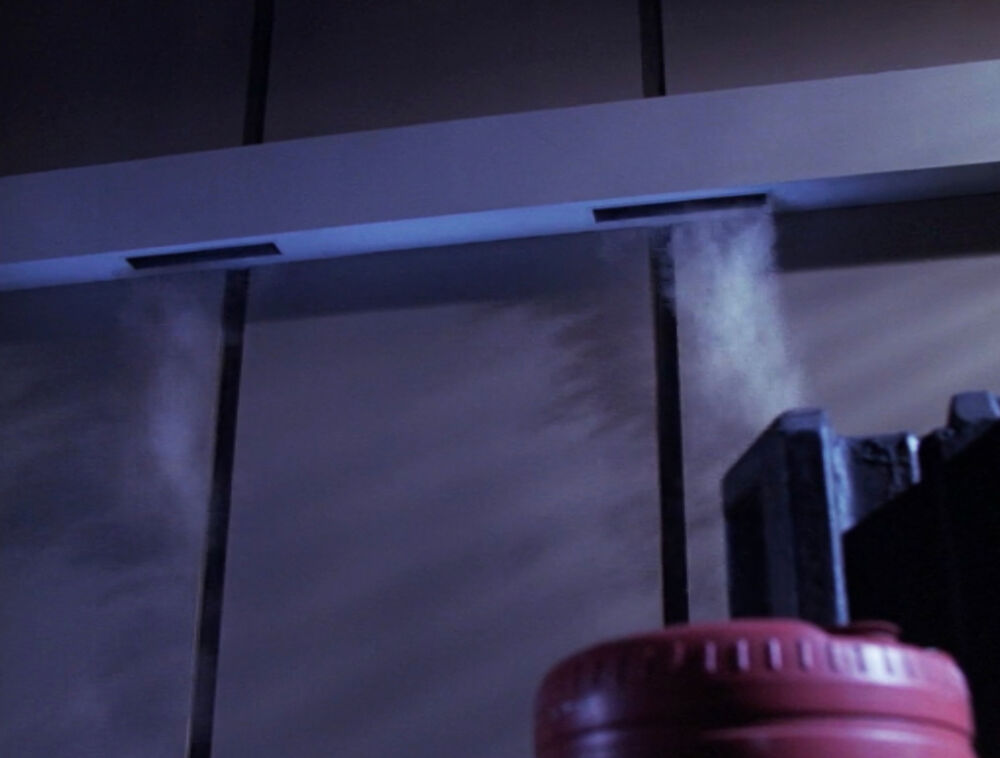 It's reasonable to assume forcefield tech has small vacuoles, small enough for atmospheric exchange, but not for something the size of a person to fit through. Afterall they can also talk thru the forcefield and that requires soundwaves traveling thru a fluid/atmospheric medium to transmit sound. Light can also penetrate the forcefield. Force fields were also capable of selective positioning, allowing the majority of it to cover 90%, while a smaller portion was deactivated to allow transport of food, drinks, and other items. So they may include small holes for ventilation.

What really brings to mind is WHY use forcefields at all, they require constant energy, they fail in case of incident or power failure. Brigs using conventional doors are safer. In the voyager episode "Repentance" a ship attacks Voyager carrying a group of prisoners, the force fields fail permitting the prisoners to escape, while the cells are made of "Tritanium" bulk heads, strong stuff. But use forcefield doors.

As for airvents, duct work exists on ships. In the Voyager episode "Learning Curve" Tuvok and Neelix look up at the ships vent port. 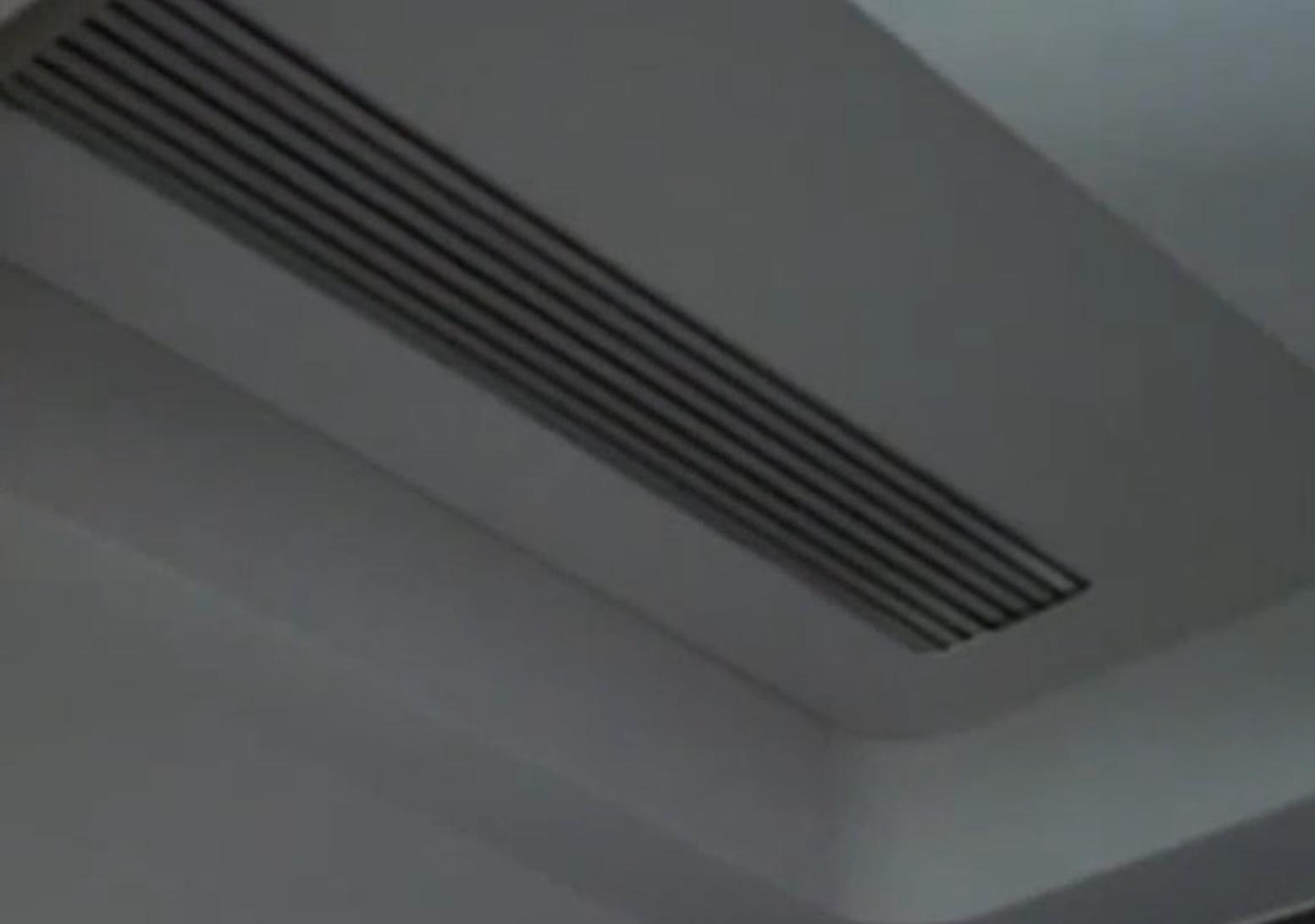 Not the answer you're looking for? Browse other questions tagged star-trek star-trek-voyager star-trek-discovery star-trek-picard or ask your own question.

6
Why (and when) would you use a lower level forcefield?

16
Why are there no automated procedures on board Star Trek ships?
20
Why Star Trek vessels are so big, when their crew is so small?
5
Which Star Trek episodes mention a living being's 'spirit'?
8
Why doesn't Lorca want Michael Burnham to go to the Klingon ship?
15
Where is Sybok during Michael and Spock's childhood?
3
Did the Klingons damage the relay?
5
Why is Michael Burnham’s prison uniform - not uniform?
3
Are Star Trek ships female or neutral?
1
Why are Star Trek Federation ships white?
5
Is the thin design of Romulan ships a vulnerability in Star Trek?