Did the NX-class refit actually appear in the “Star Trek: Enterprise” TV series?

I found pictures of a refit version of the NX-01 from Star Trek: Enterprise. This design added another hull underneath the ship.

Did the ship ever appear on-screen with this design during the TV series?

If you are referring to this NX-class Refit design from Doug Drexler, the answer is no.

This speculative redesign added a secondary hull like you described in your question, making the whole NX-class transition towards the classic starship configuration of a saucer section, a secondary hull and two nacelles that is a Star Trek trademark, following the guidelines by Gene Roddenberry since the inception of the franchise.

This design was never shown on-screen, and appeared for the first time in the 2011 Star Trek: Ships of the Line calendar; there was some speculation that if ST:ENT would have been renewed for a fifth season, this design could have been actually used in the show, but Drexler himself had denied this:

"Keep in mind that there were no official plans to refit the ship. This is something that I would have liked to have seen. In my world, Engineering as seen in the first four would have remained intact. Certainly an upgrade would happen. If the secondary hull was jettisoned, the ship would still be warp-capable. Needless to say, the secondary hull would have contained a much more powerful warp core."

This design was subsequently used to produce merchandise too, such as a special issue in the Eaglemoss' Star Trek: The Official Starships Collection of collectible models: 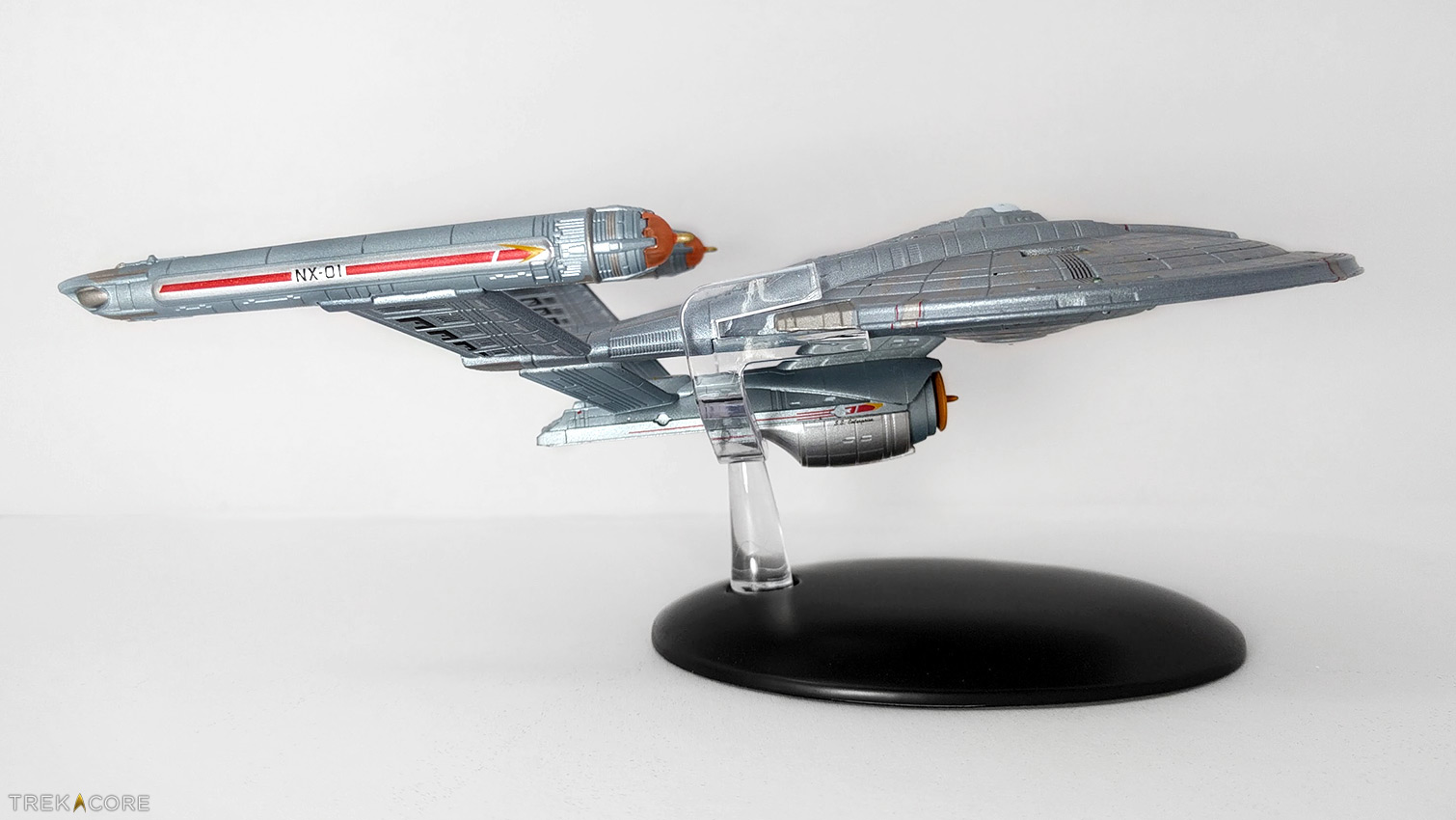 A couple of reviews of this model with many interesting pictures can be found at TrekCore blog and on this other blog.